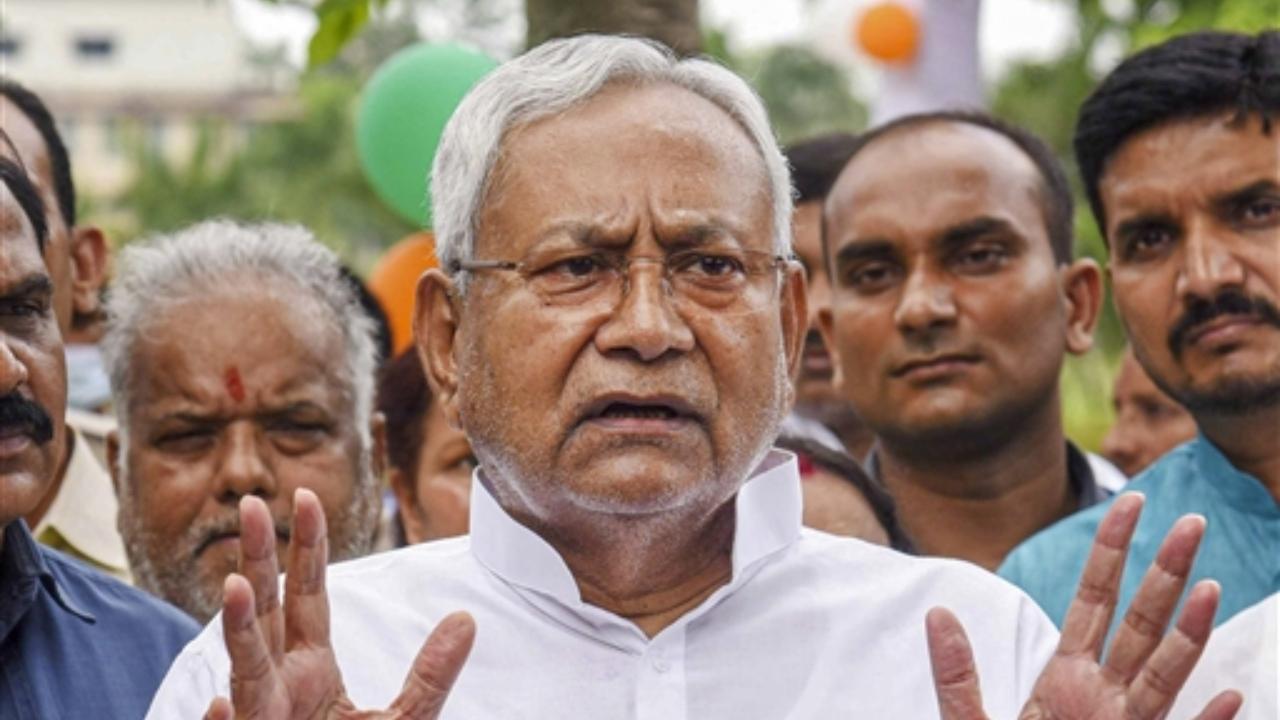 
Bihar Chief Minister Nitish Kumar on Friday defended his new government's decision to provide 'Z-plus' security cover to his deputy Tejashwi Yadav, rubbishing criticism of the move by the BJP.

Kumar also said his government will "try" to fulfil the promise of 10-lakh jobs that Yadav had made ahead of the last assembly elections.

"He is the deputy CM with obvious security needs. Why should he not get the cover? They (the BJP) speak nonsense," said Kumar when his attention was drawn by reporters to criticism from leaders of the saffron party.

Reacting to the decision to provide Z-plus security cover for Yadav, senior BJP leader and former deputy chief minister Sushil Modi had tweeted, "I was never given a bulletproof car, not Z-plus security either. With minimum security, I served the public for a long time from the government residence at Polo Road."

"Why do they need so much security? People are now scared that they have come to power," he added.

The 'Z-plus' security comprises a pilot, an escort, a close protection team, house guard, spotters, search and frisking staff, among others in the form of several plain-clothes security personnel and armed commandos, a senior police official said.

Yadav has also been provided with a bulletproof car.

Asked about the electoral promise of 10 lakh jobs that Yadav, then in the opposition, had made during the 2020 assembly polls, and which the young RJD leader asserted, has got the nod from the chief minister, Kumar said, "We will definitely try to fulfill that promise to the best of our ability".

The JD(U) leader was also asked whether he feared non-cooperation from the Centre, in terms of financial assistance, following his exit from the NDA.

"There are norms with regard to sharing of revenue between the Centre and the state. If these norms are betrayed, those doing so will stand exposed and suffer consequences," said the 71-year-old Kumar, who is the longest-serving CM of the state.

To a pointed query about whether the cabinet expansion is scheduled to take place on August 16, Kumar said with a mischievous smile "what if it happens earlier than that?"

He, however, added: "We had wanted to complete the induction of ministers as early as possible. But, it seems we will have to wait till the 15th (of August) is over".

Next Story : Taiwan issue: India calls for de-escalation of tensions