No action against 'real culprits' of Morbi bridge crash as they are linked to BJP: Rahul Gandhi

Addressing an election rally in Rajkot, his second in the day, he said while watchmen (posted at the accident site) were arrested and jailed, no action was taken against the real culprits 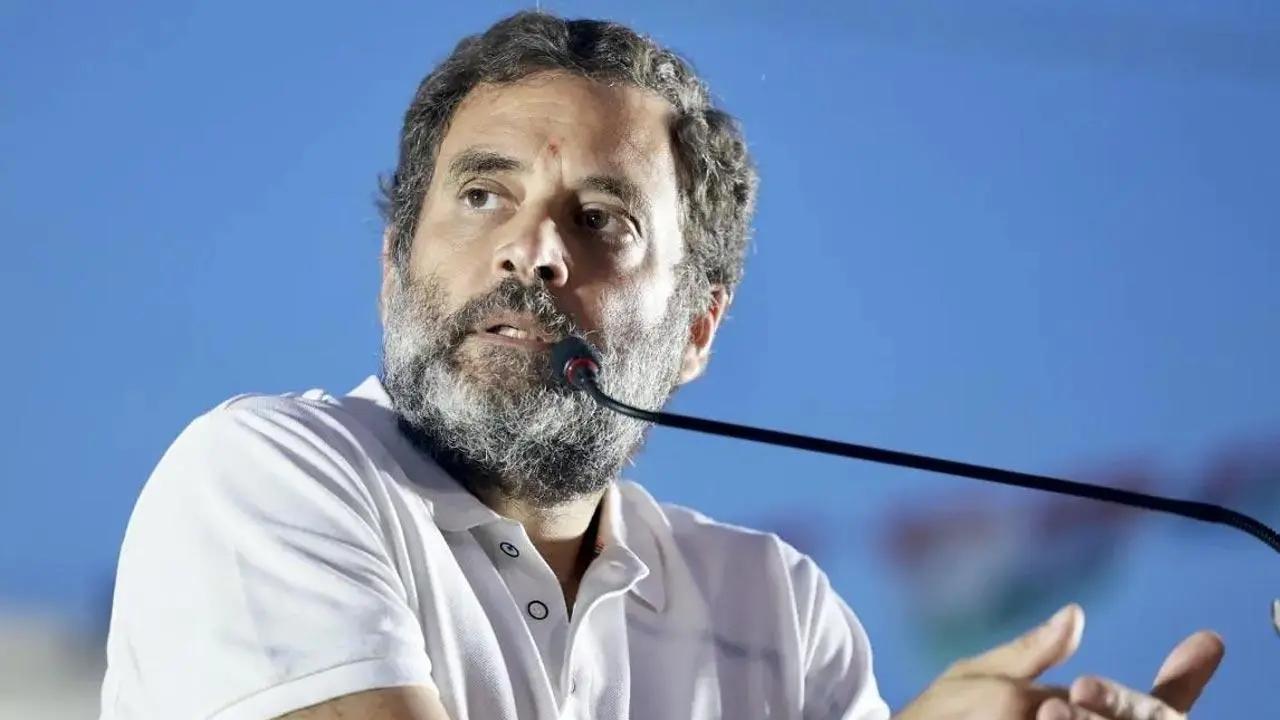 
Congress leader Rahul Gandhi on Monday alleged no action was taken against the "real culprits" behind the Morbi bridge collapse tragedy, which killed 135 people, because they share a "good relationship" with the ruling BJP in Gujarat.

Addressing an election rally in Rajkot, his second in the day, he said while watchmen (posted at the accident site) were arrested and jailed, no action was taken against the real culprits.

"When journalists asked me what I think about the Morbi tragedy...I said around 150 people died and this is not a political issue and so I would say nothing about this. But the question arises today as to why no action was taken against those who were behind this (tragedy), why no FIR (has been filed against them)?" he asked. "Will nothing happen to them because they share a good relationship with the BJP? They arrested chowkidars (watchmen) and put them behind bars, but no action has been taken against the real culprits," the Congress MP alleged.

The British-era suspension bridge on the Machchhu river collapsed on the evening of October 30, killing 135 people, including several women and children. Morbi was part of Rajkot district before its bifurcation.

Gandhi said he is feeling sad the Bharat Jodo Yatra of the Congress is not passing through Gujarat, where Assembly polls will be held in two phases on December 1 and 5.

Also read: SC seeks Centre replies on plea of Sukesh, his wife for shifting them from jail

Targeting the Bharatiya Janata Party government, Gandhi said its policies are creating "two Indias"- one of the billionaires who can do whatever they dream of, and the other of the poor who are struggling to live amid inflation and joblessness.

The former Congress president said the idea of 'Bharat Jodo Yatra' was "shown" by Gujarat, and inspired by its two sons-- Mahatma Gandhi and Sardar Vallabhbhai Patel. "But sadly the Yatra did not pass through Gujarat," he said.

"Two Indias are being created--one of the billionaires who can do whatever they dream of and the other comprising the poor, farmers, labourers, and small businessmen. We do not need two Indias. We need one India of justice," he said.

He said the Micro, Small, and Medium Enterprises (MSME) sector was the real generator of jobs before it was forced to shut down due to demonetisation in 2016 and the poorly-executed Goods and Services Tax (GST) rollout.

"When workers were dying on roads the BJP government waived loans worth lakhs of crores of the richest Indians. Those running SMEs were shouting they are being destroyed due to the note ban, faulty GST, and COVID-19, but the government didn't support them," he alleged.

Gandhi said the note ban, GST, and the handling of the COVID-19 pandemic were not policies but the "weapons against farmers, SMEs, and poor workers intended to finish them off and make way for 2-3 billionaires of the country."

"They (billionaires) can do whatever business they want. Telecom, airports, ports, infrastructure, farming, and grocery stores; they can do whatever they want. They can dream of whatever they wish. But when the youth of the country dream of becoming engineers, they will first have to spend lakhs in private institutions, face inflation, and eventually end up becoming labourers," he said.

He said youngsters cannot find jobs as the country is facing the "highest rate of unemployment in the last 45 years".

"In the past, the poor would get jobs in the public sector. Today, all PSUs are being privatised, be it Railways, BHEL, or oil companies, and are being handed over to those 2-3 capitalists. These are your assets. Lakhs of positions are vacant in government jobs," he said.

Gandhi said inflation and the cost of petrol, cooking gas and other essential items have risen sharply compared to the UPA days.

Speaking about his 'Bharat Jodo Yatra' experience, Gandhi said he spoke to thousands of youth and they talked about their dreams.

"The youngsters told me they wanted to become engineers and doctors but their dreams were shattered because of the privatisation of education," he said.

The Congress leader said farmers were asking why the government did not help them with their unpaid loans when it can waive NPAs worth lakhs of crores of 3-4 billionaires.

"The farmers asked why they are labelled defaulters when they are unable to pay Rs 50,000-Rs 1 lakh of loan. They are not getting money even for the destruction of their crop," he said.

The Congress MP took a break from the 3,570-km cross-country foot-march, which started from Tamil Nadu on September 7 and is currently passing through adjoining Maharashtra.

Next Story : Gandhi family gave nothing except 'deceit' to Amethi: Smriti Irani