SC seeks Centre, Delhi govt replies on plea of Sukesh Chandrashekhar, his wife for shifting them from Mandoli jail

Two petitions by Chandrashekhar and his wife Leena Paulose were listed before the apex court on Monday, including one in which they sought transfer from Mandoli jail here, claiming a threat to their life 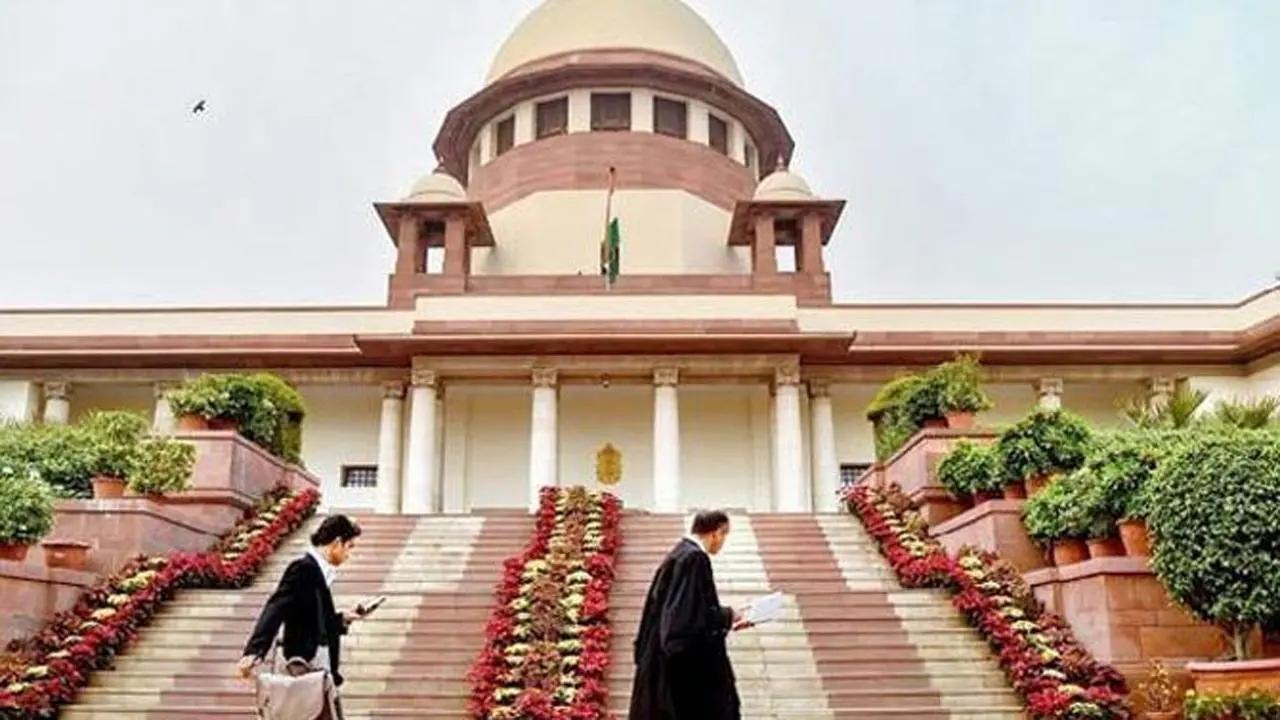 Two petitions by Chandrashekhar and his wife Leena Paulose were listed before the apex court on Monday, including one in which they sought transfer from Mandoli jail here, claiming a threat to their life.

Their counsel said Chandrashekhar was assaulted in jail and they are "willing to go" to any other prison in the country, including in Andaman and Nicobar.

A bench of justices Ajay Rastogi and CT Ravikumar sought the response of the Centre and the Delhi government within a week on the plea.

The bench, however, dismissed the second petition of Chandrashekhar and his wife in which they sought a 60-minute meeting with his lawyers every day and liberty to make a representation to the jail authorities.

On August 23, the top court had ordered that Chandrashekhar and his wife be shifted from Tihar jail to Mandoli jail in the city.

The top court had passed the order on a plea filed by the couple alleging a threat to their lives and seeking a transfer to a prison outside Delhi.

In the fresh petition, Chandrashekhar and his wife, through their advocate Ashok K Singh, claimed that he was assaulted in Mandoli jail. They claimed it is evident from his medical records, and they are facing a threat to their lives in the prison here.

"What is this? Your client is filing petitions every month. Last month, we had dismissed his petition and now again he is here. We cannot entertain this.
"Affordability of the litigant is no reason that he can file multiple petitions in the court. Just because he can engage senior lawyers, he is filing multiple petitions", the bench told Singh.

The counsel said that his client was compelled to move the court as after the apex court's order on August 23, he was shifted to Mandoli jail, where he was assaulted.

Due to his disclosure statements, 82 jail officials are being prosecuted on the orders of Delhi's Lieutenant Governor VK Saxena, the counsel said citing media reports, adding the petitioners fear for their life.

"Please direct them to be shifted to any jail in the country including Andaman and Nicobar, they are willing to go, wherever the court directs,'' he said.

The bench said that if it directs Chandrashekhar to be shifted to Punjab or any other prison in the country, the same thing will happen.

"Somewhere, we need to draw a line. It's better that you (Chandrashekhar) remain where you are", it said.

Singh said that due to his disclosure Director General (Prison) Sandeep Goel was transferred and new DG (Prison) Sanjay Beniwal has taken over.

"The jail officials who are being prosecuted due to my disclosure of extortion Rs 12.5 crore from me are now threatening me. This court had on August 23 shifted me to Mandoli jail but I was assaulted there also," he said.

Singh added that Chandrashekhar has written to Delhi Lieutenant Governor about the Rs 10 crore extortion made by Delhi minister and AAP leader Satyendra Jain from him in 2019 in exchange for safety in the prison and now he is facing a threat to his life in the jail.

The Aam Aadmi Party (AAP) has denied the allegations.

In the second plea, Singh, citing Delhi Prison Rules, said his client is entitled to a 30-minute meeting with a lawyer twice a week but since there are 28 cases against him in six cities, his advocates are not able to discuss them.

"In the second petition, he has sought a 60-minute meeting every day with the lawyers. This court under Article 142 of the Constitution can direct the authorities in the interest of justice. He is entitled to legal meetings with his advocates as a constitutional right", he said.

The bench asked whether any representation has been made in this regard to the jail authorities to which Singh said that they have moved an application in Patiala House Court but it was rejected and hence they are before the top court.

He said due to multiple cases in different cities he needs to meet his lawyers for 60 minutes every day as against the 30 minutes each twice a week provided under the Delhi Prison Rules.

The bench said, "You cannot get VIP treatment in jail. You are a prisoner like any other prisoner. What's in the rules and jail manual have to be followed. If you want any relaxation, you first give a representation to the authorities."

It noted that Chandrashekhar's earlier petition was dismissed on October 18 and a fresh plea has been filed from Mandoli jail.

Chandrashekhar and his wife are lodged in jail on charges of alleged money laundering and duping several people.

Next Story : No action against 'real culprits' of Morbi bridge crash as they are linked to BJP: Rahul Gandhi