UP govt on Monday razed illegal structures built by Shrikant Tyagi in his society that has over 1,000 families 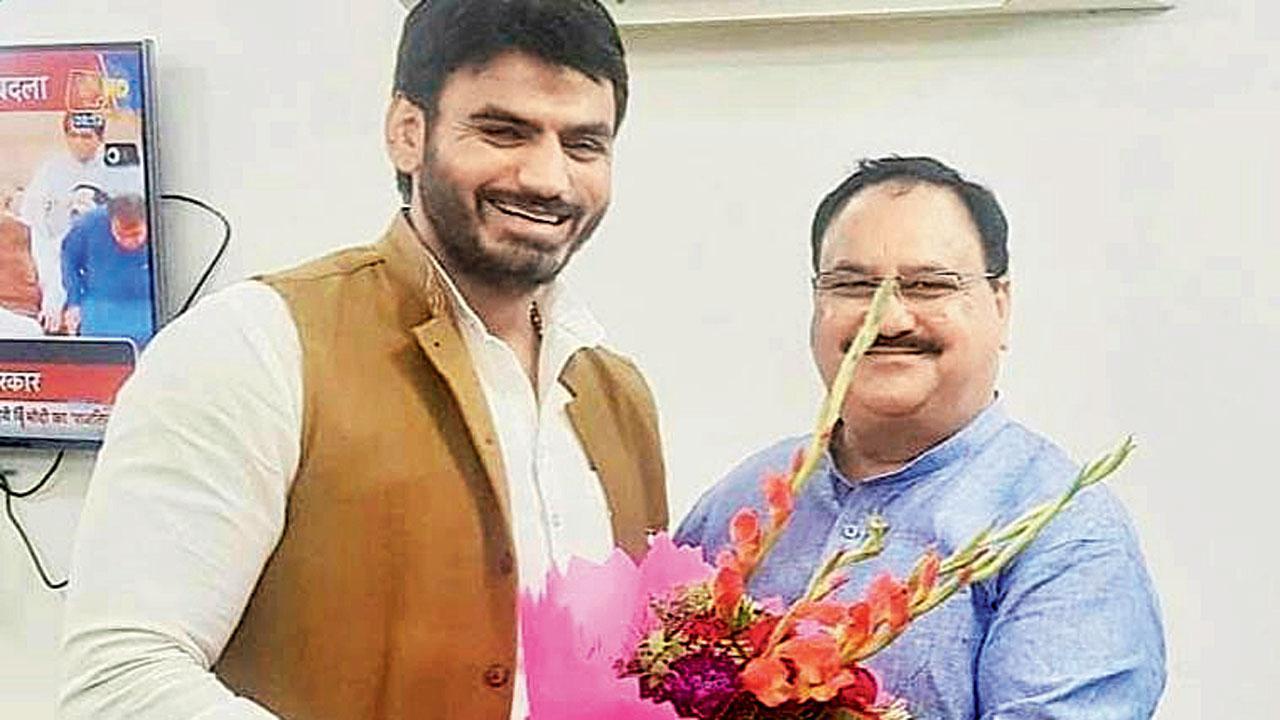 Tyagi with BJP president J P Nadda. On his Instagram page, he has also posted his pics with many top BJP leaders


Absconding politician Shrikant Tyagi, who claims to be a BJP leader, was arrested Tuesday from Meerut, officials said, days after he was seen in a social media video abusing and assaulting a woman for objecting to his alleged illegal constructions at a housing society in Noida. Tyagi was at large since Friday evening, and the Noida Police had announced a reward of Rs 25,000 on his arrest. Additional Director General of Uttar Pradesh Police (law and order) Prashant Kumar said in Lucknow Tyagi has been arrested.

On the controversy surrounding security given to Tyagi by the Uttar Pradesh police, Kumar said he had no such protection after February 2020. A senior Noida police officer said, “Tyagi’s three associates were also held along with him.” Before the arrests, Tyagi’s wife was once again detained for questioning Tuesday morning in the case lodged at the Phase 2 police station, according to officials.

Until he went underground Friday night, Tyagi claimed to be the national executive member of the BJP’s Kisan Morcha and the national co-coordinator of its Yuva Samiti, even as the ruling party denied any links with him. The Opposition has also mounted an attack on the BJP over the issue, sharing purported pictures of Tyagi with senior saffron party leaders, including its national president J P Nadda. Meanwhile, police personnel remained deployed at the Grand Omaxe society in Sector 93B where Tyagi had allegedly abused and assaulted the woman.