Not easy to part ways after long association: Kapil Sibal on leaving Congress

Sibal said that he had quit the Congress on May 16, and is an independent voice 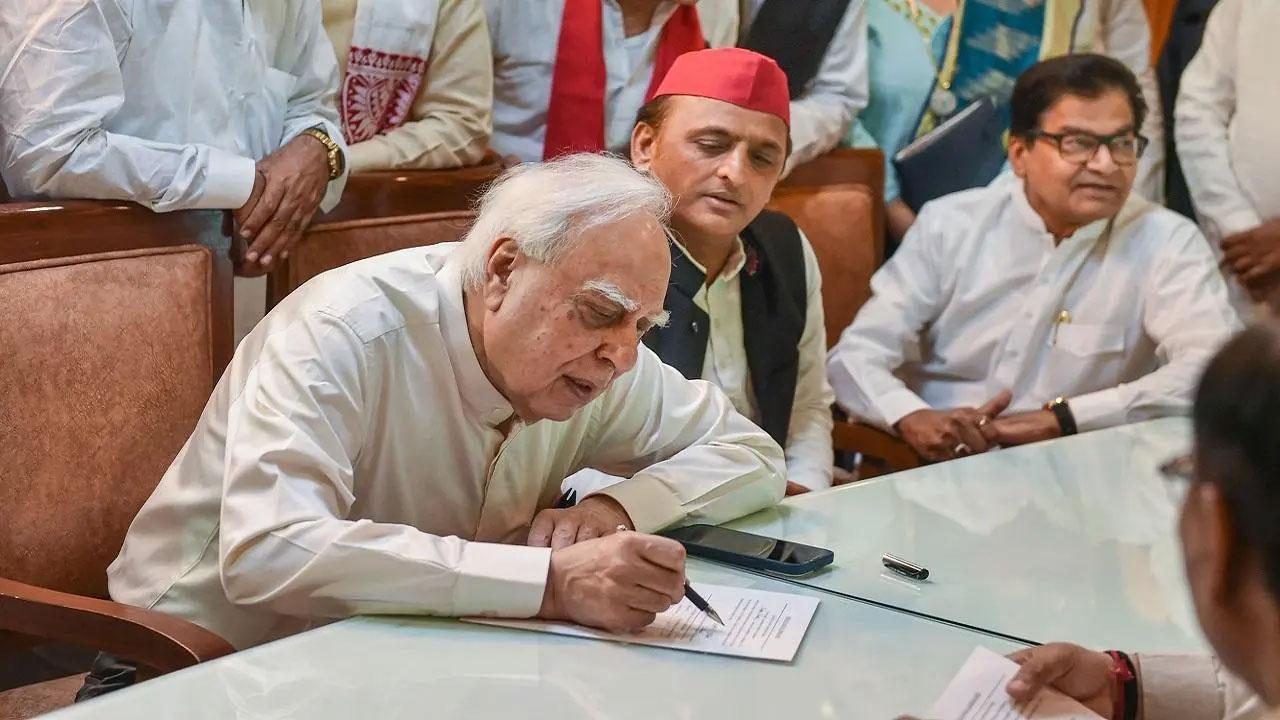 Former Congress leader Kapil Sibal files his nomination papers for Rajya Sabha with the support of the Samajwadi Party, at Vidhan Bhawan in Lucknow. Pic/PTI


Senior advocate and former Union Minister Kapil Sibal who filed his nomination papers for the Rajya Sabha on Wednesday with the help of Samajwadi Party said "it is not easy to quit a party (Congress) after being associated with it for 30-31 years". "There is no employer-employee kind of relation in a political party. I had to take a personal decision on what I wished to do ahead. I need to raise my voice in an independent manner in the Parliament and if I am getting that opportunity, I want to take that," he told IANS.

Sibal said that he had quit the Congress on May 16, and is an independent voice. Even as he is yet to take up the membership of the Samajwadi Party, he has filed the nomination for Rajya Sabha as Independent with Samajwadi Party's support in the presence of party chief Akhilesh Yadav. On being asked about Congress leaders taking pot-shots at him since quitting the Grand Old Party, Sibal said: "I don't know who is talking what about me. But I know why I took this decision (to leave the party). Everyone has a personal opinion."

The former Union Minister, when asked if he has any message to give to the Congress party, said: "I don't want to give any message. The Congress is a national party... they know what they have to do." "... will try to highlight the shortcomings of the Central government. Very soon, people will hear my voice in the Parliament. And they will come to know eventually which issues I will discuss," he said.

Sibal was a Union Minister in the UPA government and of late, was very critical of Rahul Gandhi and the functioning of the party. Sibal's departure from the Congress is considered a blow to the party. The former Union Minister's role in the political circles of Delhi was also considered crucial.