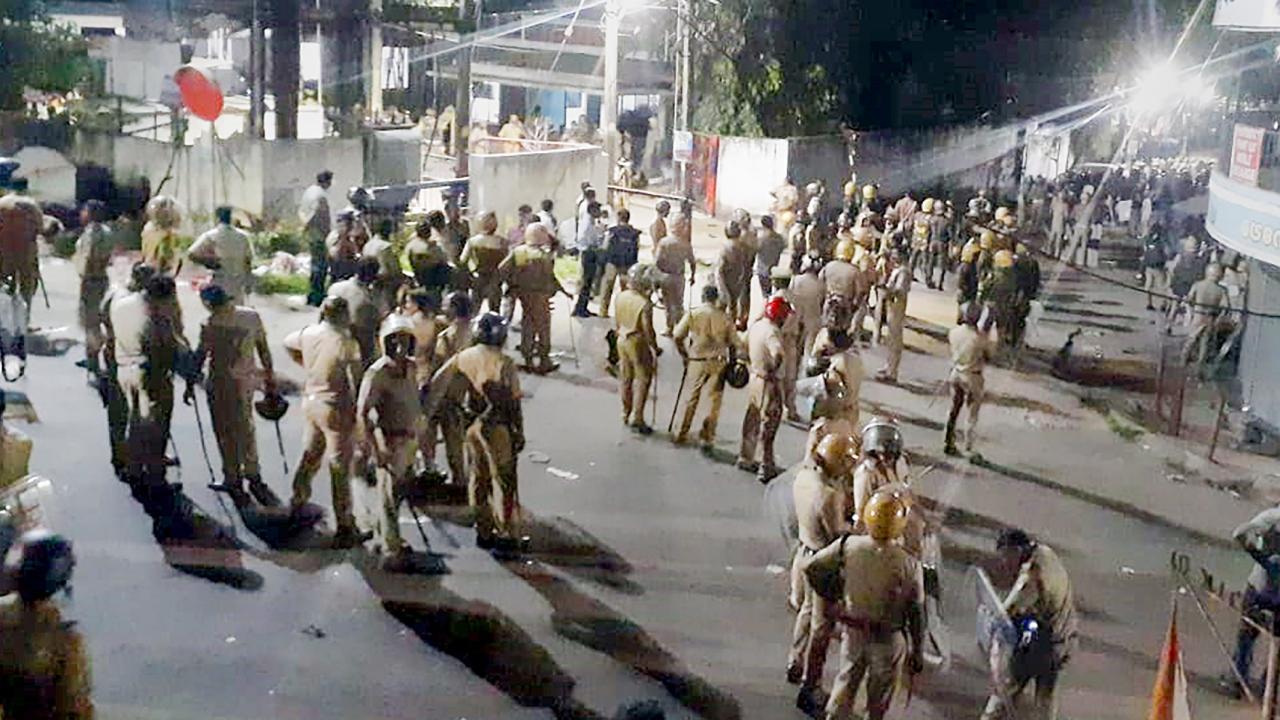 
The Kerala government on Tuesday made it clear that the Vizhinjam sea port will become reality and attempts to obstruct its construction would be viewed as an anti-national activity.

Kerala Fisheries Minister V Abdurahiman said there was a limit to which a government can be patient and it would be good if everyone understands that.

He said that no one who loves the country, who is a patriot and wants to see the nation develop, would seek stopping the port construction.

"To obstruct something which is going to be the backbone of the economic growth of the country is equivalent to anti-national activity. Neither the state nor the country would allow stopping of the project.

"There is a limit to which a government, including the LDF administration, can be patient. It would be good if everyone understands that," Abdurahiman said while speaking at an expert meet and seminar, on the technical aspects of the under-construction port, organised by the Vizhinjam International Seaport Limited.

Kerala Chief Minister Pinarayi Vijayan was expected to inaugurate the event, but could not be a part of it in person or via online mode reportedly due to health issues. However, other ministers of his cabinet were present there.

State Ports Minster Ahammed Devarkovil, who also spoke at the event, said unlike what is being said in some media reports and also by some vested interests, it was not an 'Adani port' but that of the Kerala government.

Devarkovil said of the Rs 7,500 crore cost of the project, more than half -- amounting to around Rs 4,600 crore -- was being borne by the state government and around Rs 818 crore has been sanctioned by the central government as Viability Gap Fund (VGF) -- the first time in the country that this was being provided by the Centre for a port construction.

The remaining costs would be borne by Adani, the concessionaire, which would also take care of construction and operation of the port for a limited period of time, the Ports Minister said.

Though the project was to be completed by 2019, work was delayed due to the natural disasters in the state and the subsequent pandemic, but in September 2023 Keralites would get a Onam gift in the form of the first ship berthing at the port, he said.

Both ministers also said that no land of the fisherfolk were acquired, no one was displaced, the coastal erosion in the nearby areas was not due to the project work and there has been no decrease in fish availability in the area as claimed by some persons.

They said there will be huge economic gains for the state and the country when the port becomes a reality and urged the protestors to withdraw their agitation.

Fisherfolk of Vizhinjam and other coastal areas have been protesting for the last more than four months and also led to violence on November 26 and 27.

On November 27, after some persons associated with the protests were detained, a huge mob gathered outside the Vizhinjam police station and later violently attacked it, resulting in injuries to around 40 police personnel and damage to several police vehicles.

In the wake of the violent attack, Kerala police decided to appoint Thiruvananthapuram Range DIG R Nishanthini as a special officer who would be in charge of security arrangements and law and order in areas under police stations of Vizhinjam, Thiruvananthapuram City and Rural areas as well as Coastal police stations of Kollam district, a release issued by the State Police Media Centre said.

The ADGP has also ordered mobilisation of the entire state police for the next two weeks in view of the incidents of violence at Vizhinjam on November 26 and 27.

Meanwhile, at the protest site near the port, where things appeared peaceful on Tuesday amidst heavy police presence according to visuals shown on channels, one of the priests spearheading the agitation said the Kerala CM and his cabinet have "betrayed" the fisherfolk.

He alleged before a TV channel that ministers were claiming that five of the seven demands of the fisherfolk have been met, when in reality no one has been rehabilitated and no compensation or damages for loss of homes has been provided.

He said if the CM and his ministers cannot provide any relief to the fisherfolk, they should resign from their positions instead of allegedly making claims of having accepted their demands.

Regarding Monday's all-party meet held in the wake of the attack on the police station, the priest said the meeting was set up to fail by those who organised it.

He said the fisherfolk were ready for talks if the government was ready to follow through on its promises made to them.

On Monday, an all-party meet called for by the Kerala government in connection with the violent attack on Vizhinjam police station unanimously agreed that peace should prevail in the region but the Latin church -- which represents the anti-sea port protest council remained non-committal on the issue of their ongoing agitation.

The government also said the cases registered would not be withdrawn.

A case in connection with the attack on the police station was registered against 3,000 identifiable people from the region.

Police, in the FIR, said around 3,000 people gathered at the station on Sunday to release one accused in a case registered on Saturday and other suspects - Leo Stanley, Muthappan, Pushparaj and Shanki - who were taken into custody.

On Sunday, the police had lodged an FIR against at least 15 Latin Catholic priests, including metropolitan Archbishop Thomas J Netto, over the violence at Vizhinjam on Saturday.