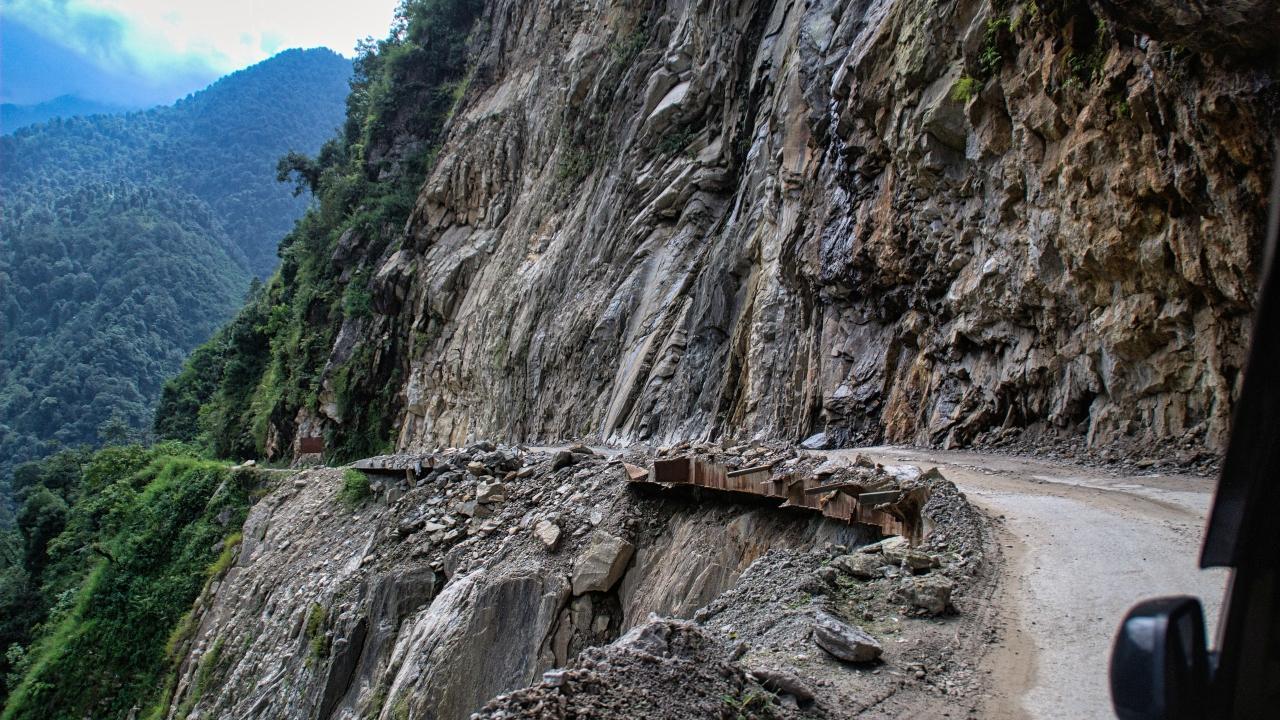 
Traffic movement on the National Highway 53 was affected on Wednesday due to a landslide in Odisha's Sambalpur district, an official said.

Boulders and debris blocked one part of the four-lane highway at Laxmi Dungri area due to the landslide following incessant rain.

Vehicles were allowed to ply only on the opposite side of the affected highway, causing disruption for the smooth movement of traffic.

Traffic was affected several times at that place earlier also due to landslides.

District Collector Ananya Das said the clearance of the highway was underway now.

"A long-term solution is required. We have discussed this with the National Highways Authority of India," she told reporters.

The NHAI has a proposal for a tunnel at that place and the plan has already been submitted to the headquarters, Das said.

"We will also expedite the process from our side," the official said.

"Travelling on the NH-53 at this particular place is a risky affair during rain. Landslides are occurring there frequently," a commuter said.

Traffic was affected several times earlier also due to landslides at that place of the busy highway, which connects Kolkata and Mumbai.

Next Story : Mukesh Khanna equates 'girls asking for sex' to prostitutes, DCW seeks FIR against him