Over 6.62 lakh hit by floods in Assam; death toll rises to 9

Over 46,160 hectare crop areas have been affected in the flood-hit districts while more than 48,304 people have taken shelter in 135 relief camps 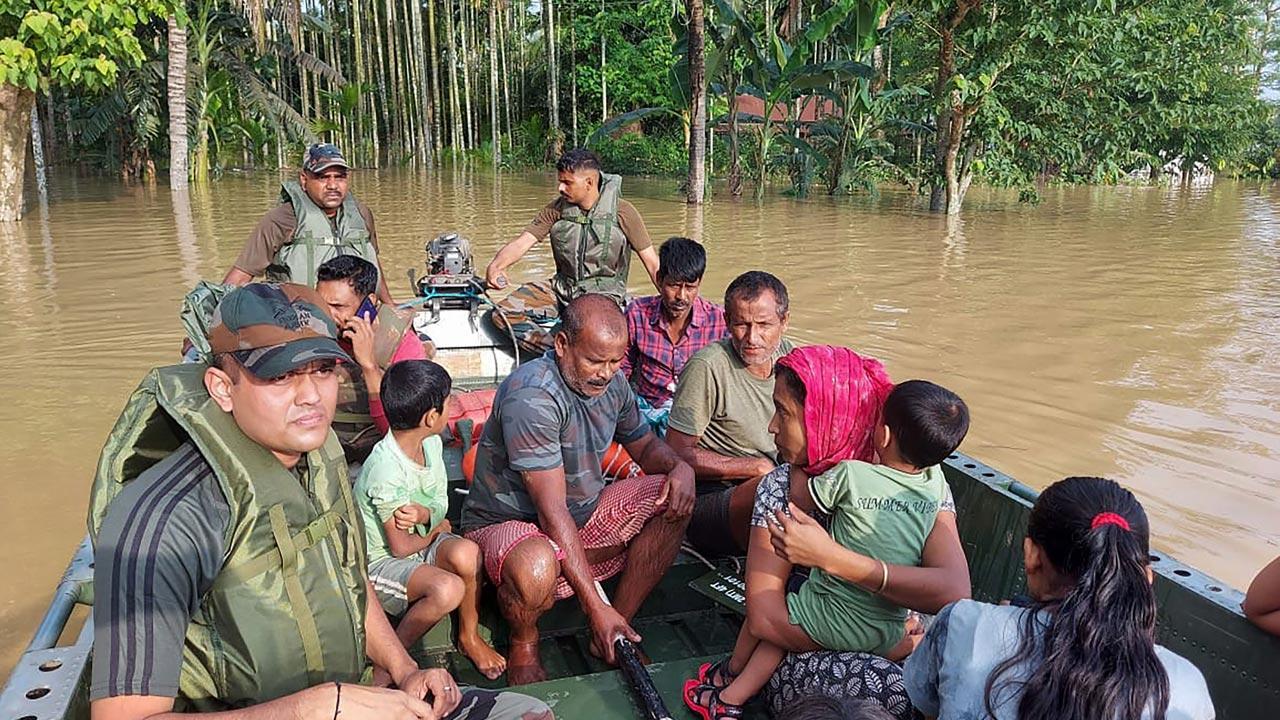 
The flood situation in Assam further deteriorated on Wednesday with one more person dead in Darrang district, the toll rose to nine in the current pre-monsoon floods and landslides in Assam as more than 6.62 lakh people have been affected in 27 of the state's 34 districts, officials said.

According to the officials of Assam State Disaster Management Authority, at least 6,62,385 people, including 1,25,491 children and 2,44,216 women, have been affected and nearly 8,260 houses have been either partially and completely damaged in 1,414 villages across 27 districts.

Over 46,160 hectare crop areas have been affected in the flood-hit districts while more than 48,304 people have taken shelter in 135 relief camps.

The situation in the hill section of the Northeast Frontier Railway (NFR) in Dima Hasao district remained critical on Wednesday as rain continued to batter the hilly region, affecting the Lumding-Badarpur single line railway route, which connects Tripura, Mizoram, Manipur and the southern part of Assam with the rest of the country.

"Out of the 56 affected locations, in around 12 locations restoration work have been completed but the work in major affected areas is yet to start due to the inclement weather," an NFR official told IANS from the NFR headquarters in Maligaon.

The officials said uninterrupted rains coupled with the difficult terrain severely affected the restoration and repair work, which might take several weeks. This rail link has been cut off for the past five days.