The prime minister gave her a bouquet and greeted her. He was joined by Nadda 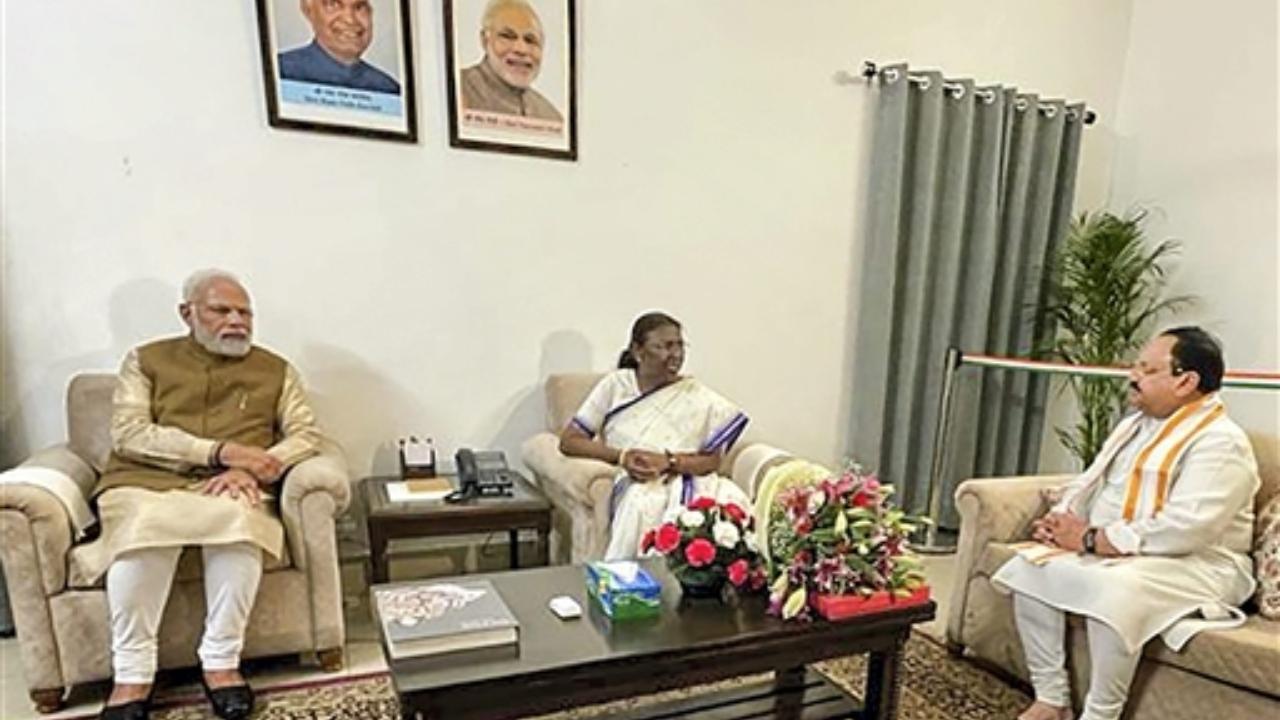 
Prime Minister Narendra Modi and BJP president J P Nadda visited NDA presidential nominee Droupadi Murmu at her residence here to congratulate her after she emerged victorious in the poll.

Amid celebrations outside Murmu's temporary residence, Modi arrived there soon after Returning Office for the poll P C Mody announced that she had crossed the halfway mark of the total votes after the third round of counting.

The prime minister gave her a bouquet and greeted her. He was joined by Nadda.

Celebrations were held at several places across the country and the BJP also put up congratulatory banners and posters.

An official announcement of her win is expected after all votes are counted.