Prime Minister let nation down by not talking about unfulfilled promises made in last 8 years: Congress

Congress spokesperson Pawan Khera also took a swipe at Modi over his remarks against nepotism, and said he was actually talking about internal politics of the BJP. 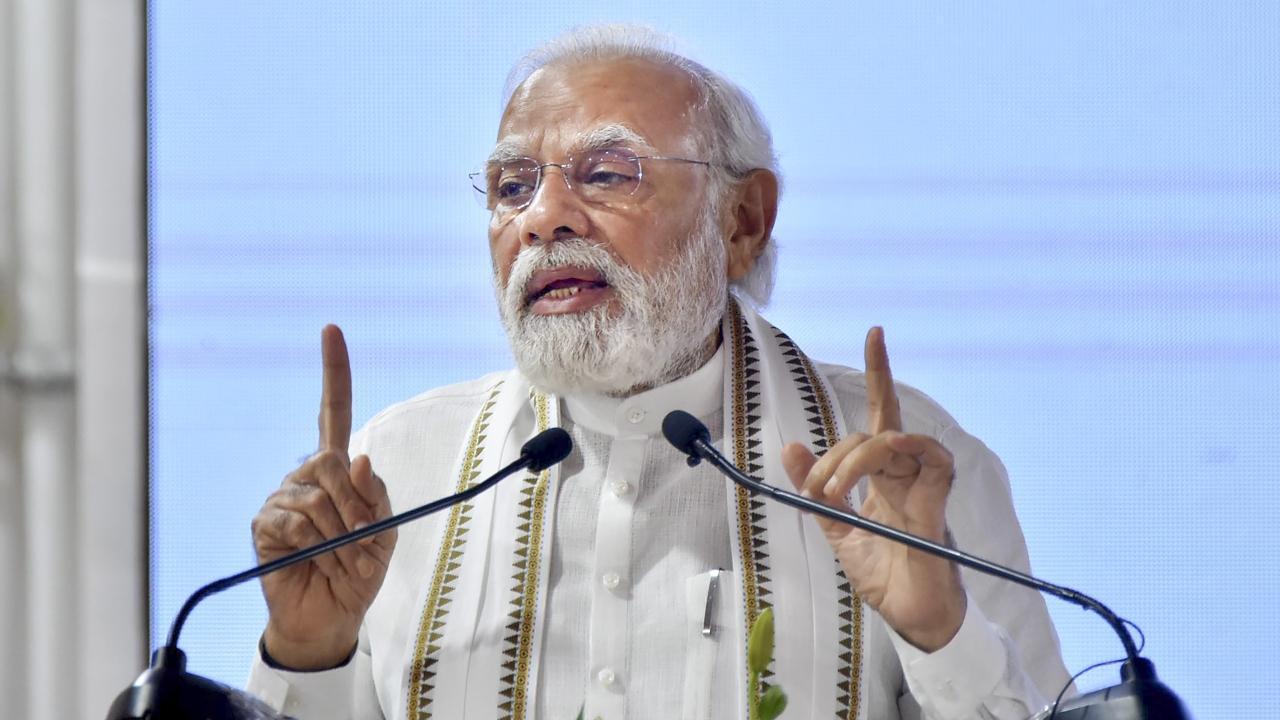 
The Congress on Monday hit out at Prime Minister Narendra Modi following his Independence Day address, saying he has let the country down by not discussing the promises made by him in the last eight years and by not giving an account of his tenure.

Congress spokesperson Pawan Khera also took a swipe at Modi over his remarks against nepotism, and said he was actually talking about internal politics of the BJP and attacking his own ministers whose sons are occupying high positions in the fields of cricket and politics despite not having expertise.

He also said the prime minister is becoming a victim of his own words and there is no enthusiasm or zest in his speech or heart as most of the promises made in the last eight years remained unfulfilled.

The Congress leader also alleged that the BJP has made no contribution to the freedom struggle and they are now trying to "whitewash" history.

"The prime minister has been making promises in the last eight years and is becoming a victim of his own words and now sounds very tired. His words sound tiring as there is no passion or zest in his heart and his own words on promises made are troubling him now," he told reporters at the AICC headquarters.

Khera asked what happened to the promises of doubling farmers' income, giving houses to all, bringing back black money, employment and giving Rs 15 lakh in every bank account.

All these promises are neither letting him speak nor sleep as he seems tired, Khera said.

"But today the country expected Modi ji to give a report card and an account of his eight years of rule. The farmer was expecting an answer from him on doubling of farmers' income, of houses for all, tap water in every house. People expected a report card from him. The prime minister has let the entire nation down as well as his supporters as all eyes were on the Red Fort," he said.

The Congress leader said today is not the day when politics should be discussed, but traditions are being changed in this country and that too by the prime minister himself and thus the need to respond to such "low-level" traditions.

"He talked about some political things which I feel is an internal matter of the BJP, of nepotism in the BJP, as I do not think someone has made a century at the Lord's cricket ground but is certainly holding a high position in the world of cricket, and another about another minister who did not pass the Indian Foreign

Service but is holding a high position in a big think tank. So this attack was on his own ministers and their sons, this Modi ji will himself tell," he said.

"This internal attack is on his own ministers, be it the home minister, foreign minister or the defence minister and their sons," he said.

After unfurling the national flag at the Congress office, party leaders marched to Tees January Marg, the place where Mahatma Gandhi was killed, as a mark of respect to the father of the nation.

"You will not be able to reduce the stature of Mahatma Gandhi, Jawaharlal Nehru, Sardar Patel, Maulana Abul Kalam Azad. Instead you should strive to bring yourself forward. They have their style of how to whitewash history as they have not made any contribution to the freedom struggle," he said.

Prime Minister Narendra Modi addressed the nation from the ramparts of the Red Fort on India's 76th Independence Day.