Punjab CM Bhagwant Mann gets married: Check out these 5 Indian politicians who got hitched while in office 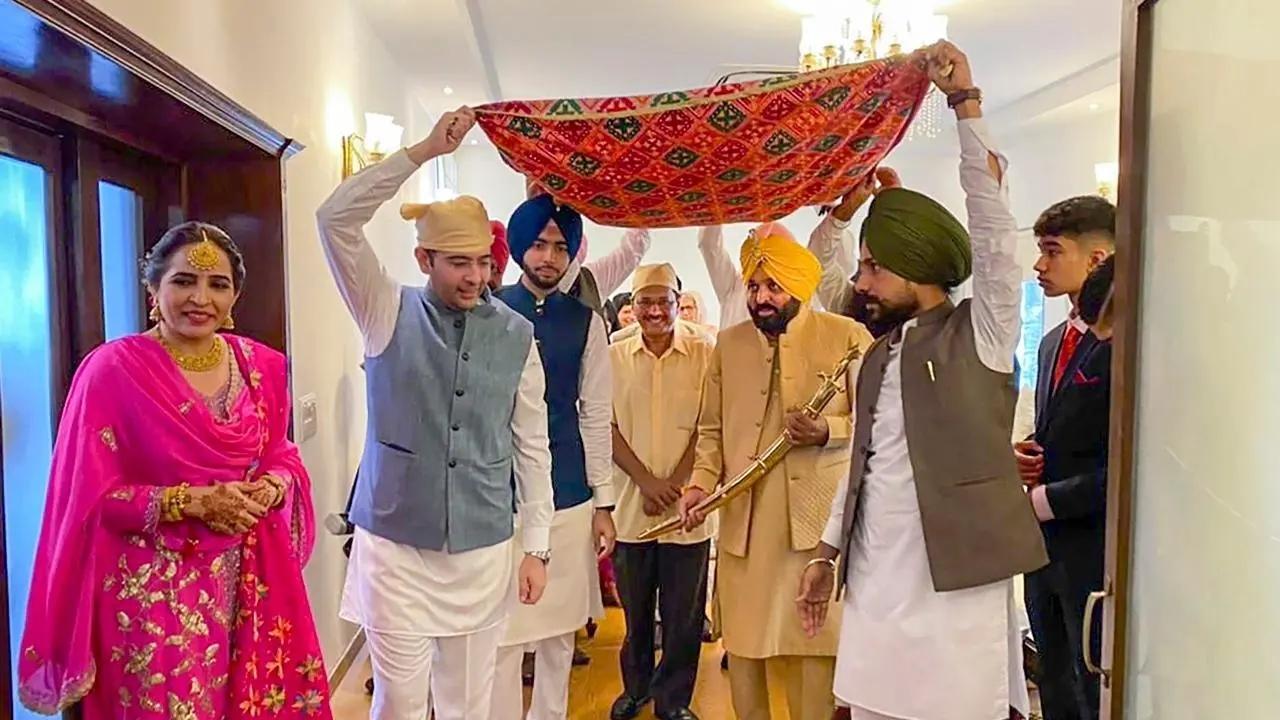 
As the Punjab Chief Minister and Aam Aadmi Party leader Bhagwant Mann tied the knot with his second wife Dr Gurpreet Kaur in an intimate wedding ceremony on Thursday, he has joined the list of Indian politicians who got hitched while in office.

Mann's wedding with Gurpreet was a private affair that was only attended by a selected few including Delhi Chief Minister Arvind Kejriwal and Aam Aadmi Party (AAP) MP Raghav Chaddha. The Punjab CM was divorced from his first wife almost six years back. His former wife Inderpreet Kaur and their children are residing in the USA.

However, he's not the politician who got married while serving in office as there have been many such leaders, who tied the knot while holding the post of minister. Here are some of those politicians:

Mahanta became the Chief Minister of Assam in December 1985 and held office till 1990. It was during his tenure in 1988 that he got married to Jayashree Goswami Mahanta, who was a writer and later represented Assam in the Rajya Sabha between 1999 and 2001.

Kumaraswamy was the CM of Karnataka from 2006 to 2007. He first got married in 1986 and in 2006, during his time as the Chief Minister he married Kannada actor Radhika, though the former Karnataka CM did not disclose it back then. In 2010, Radhika herself revealed that she had secretly married Kumaraswamy.

After being elected to the Lok Sabha in 1962, 1967, and 1971, Virbhadra first became the Chief Minister of Himachal Pradesh in 1983 and served till 1990. It was during this period in 1985 that he tied the know for the second time by marrying Prathibha Singh, who is currently a Lok Sabha MP from Mandi.

Babul Supriyo married air hostess Rachna Sharma while serving as a minister in the PM Narendra Modi government in 2019. This was his second marriage as he got divorced from his wife of 20 years in 2015. He had reportedly first met Rachna on a flight from Mumbai to Kolkata.

The former Deputy CM of Haryana had even converted his religion to marry his girlfriend Anuradha Bali while in office in 2008. The couple renamed themselves Chand Mohammad and Fiza. After this whole incident of changing his religion and second marriage, Chandramohan's political career suffered a lot. Later, their marriage ended in tragedy as the couple split soon and Bali died a few years later.

Next Story : Mother Dairy cuts prices of soyabean, rice bran oils by up to Rs 14 per litre