Mann, 48, is marrying Gurpreet Kaur, a doctor whom he has known for a few years through family ties 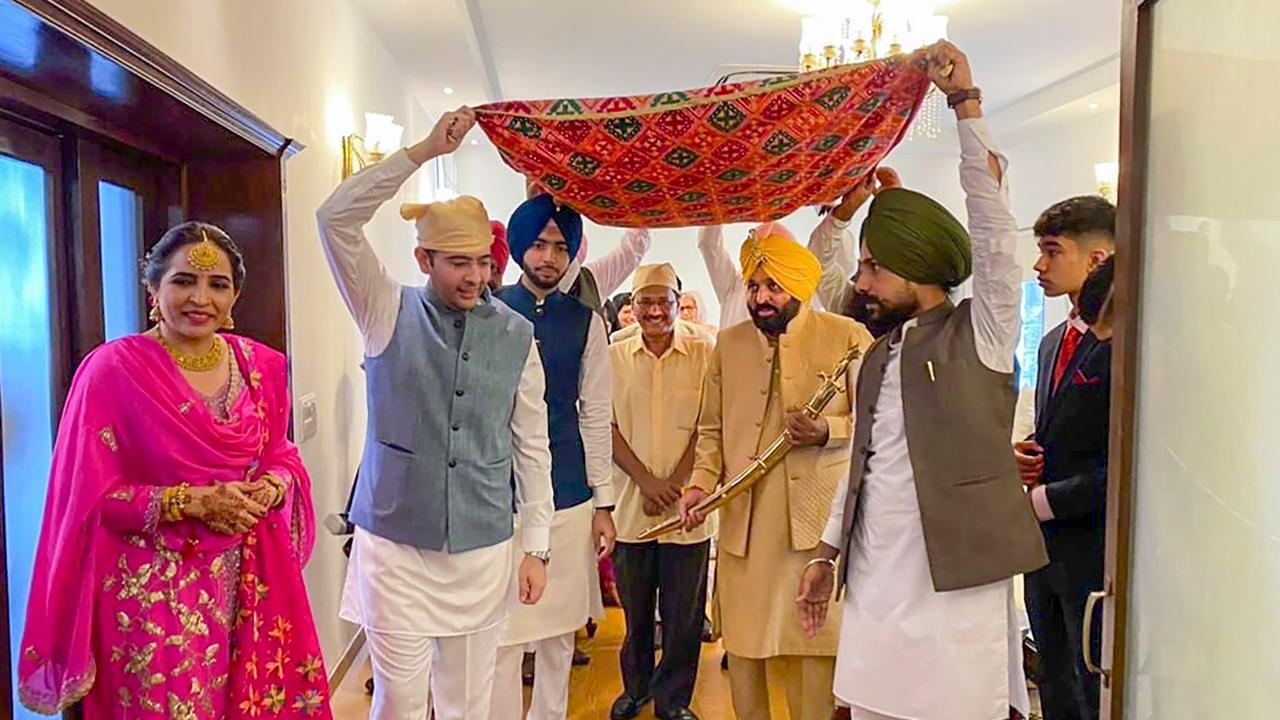 As per his latest tweet, the wedding rituals have commenced at Mann's residence.

Raghav shared a picture with the groom. In the image, he is seen sitting next to Mann and both of them are seen sharing smiles.

Raghav dropped another picture in which Mann is seen walking with his 'best men' including Aam Aadmi Party (AAP) chief and Delhi Chief Minister Arvind Kejriwal.

Mann, 48, is marrying Gurpreet Kaur, a doctor whom he has known for a few years through family ties. Gurpreet Kaur is 32-year-old. Sources said it was Mann's mother's wish that he should get married.

Mann was divorced from his first wife almost six years back.

Next Story : Maharashtra rains: 2 washed away in flood waters in Palghar, 1 injured in house collapse