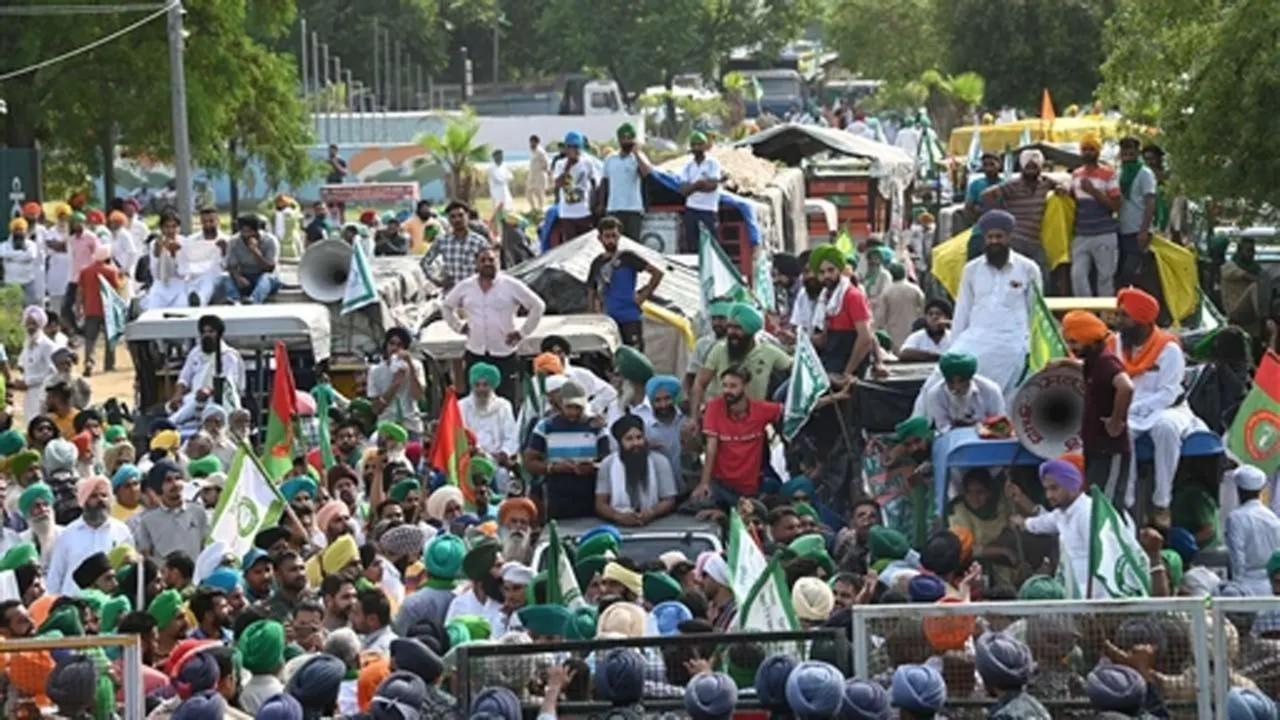 Farmers of the Sanyukt Kisan Morcha protest near Chandigarh-Mohali border after being stopped from heading towards Chandigarh, in Mohali on May 17. Pic/PTI


Punjab farmers ended their protest on Wednesday after the AAP-led state government accepted several of their demands.

Conceding the farmers' demands, Mann announced a fresh schedule for staggered sowing of paddy on June 14 and June 17, thus restricting the total number of zones to just two instead of four.

Mann also told the farmer leaders that the state government has already issued a notification to procure the entire moong (green gram) crop at a minimum support price of Rs 7,275 per quintal.

Punjab Rural Development Minister Kuldeep Singh Dhaliwal shared the details of the meeting with the agitating farmers at the protest site in Mohali.

Scores of Punjab farmers began a protest near the Chandigarh-Mohali border on Tuesday after they were stopped from heading to the state capital to press their various demands, including a bonus on wheat and beginning paddy sowing from June 10.

Next Story : Centre asks states to be better prepared for monsoon to avoid losses