Earlier in a show of unity, 15 opposition parties attended the breakfast meeting hosted by Gandhi at Constitution Club 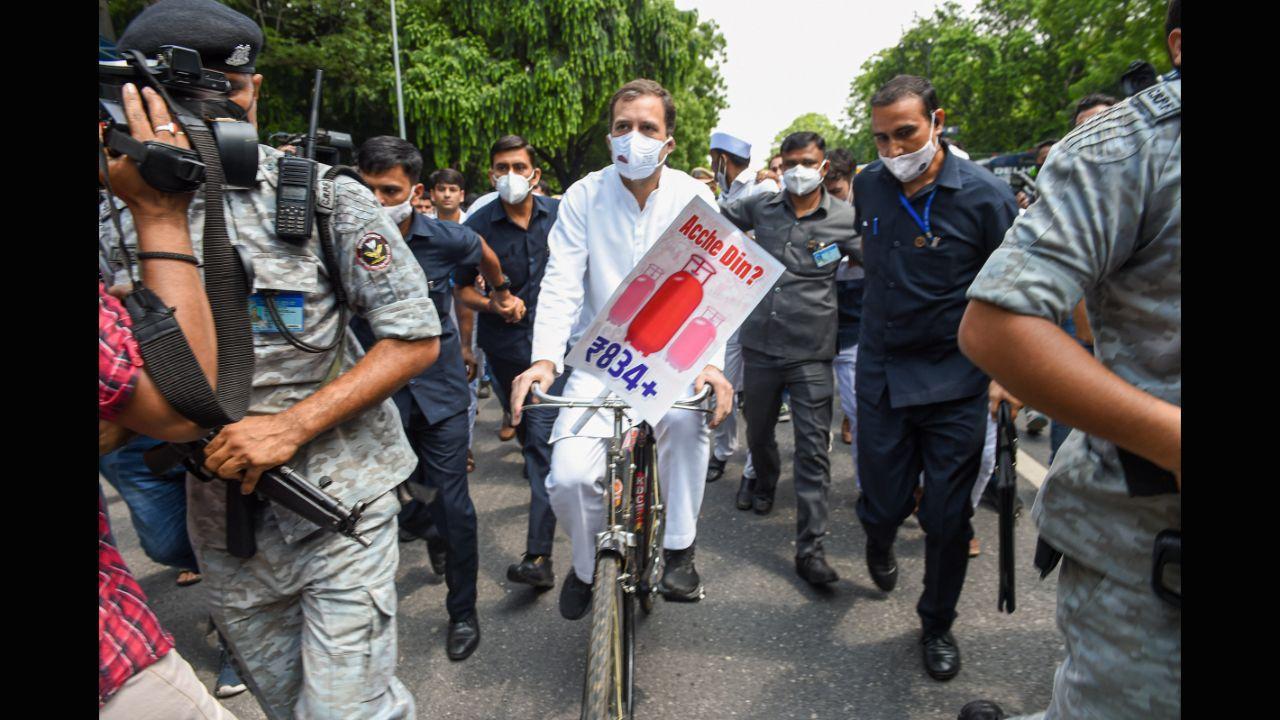 Congress leader Rahul Gandhi rides a bicycle in a symbolic protest over fuel price hike after a breakfast meeting with the opposition leaders, at the Constitution Club in New Delhi. Pic/ PTI


Congress leader Rahul Gandhi on Tuesday rode a bicycle to the Parliament in protest of rise in fuel prices particularly petrol which has crossed Rs 100 per litre mark in various parts of the country.

Earlier in a show of unity, 15 opposition parties attended the breakfast meeting hosted by Gandhi at Constitution Club. During the meet Gandhi said, "the most important thing in my view is that we unite this force. The more this voice of the people is united, the more powerful this voice will become, it will be more difficult for BJP-RSS to suppress."

They also discussed the current political situation after the Pegasus snooping project was revealed.

The Aam Aadmi Party (AAP) and Bahujan Samaj Party, however, stayed away from the meeting.

After the meeting, Gandhi also sent out a tweet saying, "One priority - our country, our people."

The opposition has been demanding a discussion on the Pegasus snooping row but the government says that after the IT Minister's statement only clarification can be sought. Parliamentary Affairs Minister Pralhad Joshi has termed it as a "non issue".