Thus, it has covered the entire country on Saturday, against the normal date of July 8,” IMD senior scientist RK Jenamani said 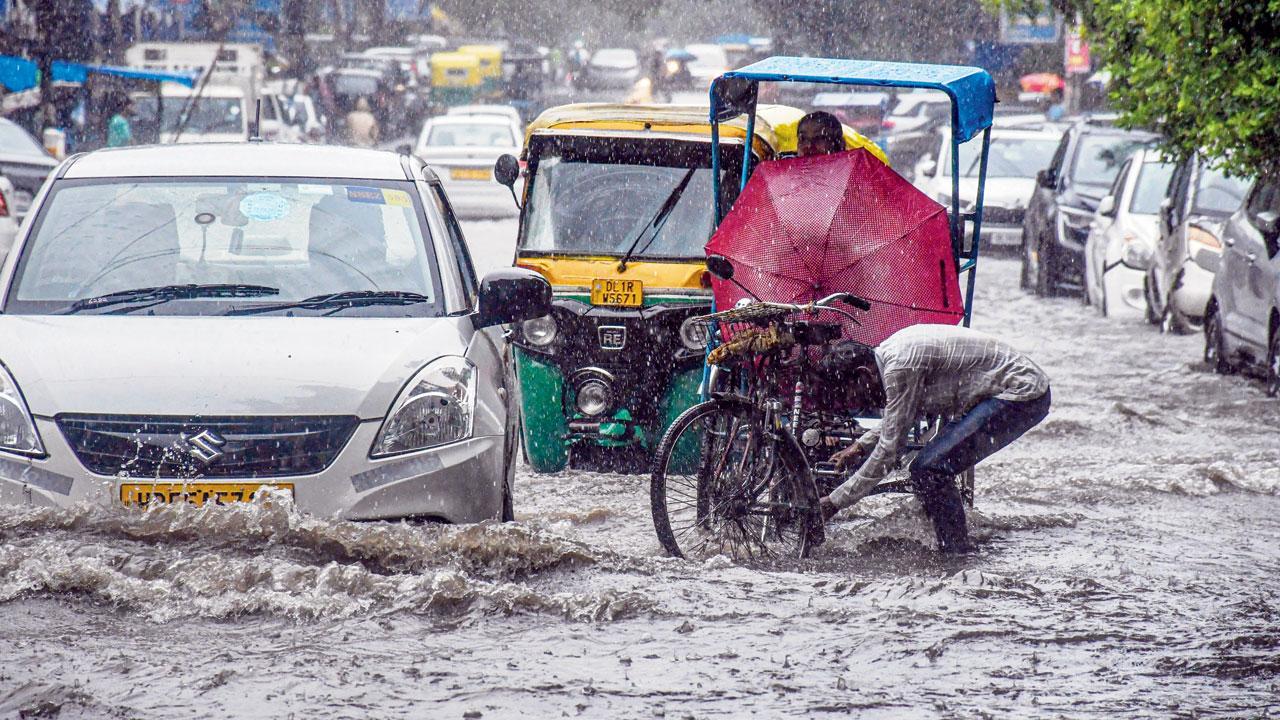 Vehicles wade through a waterlogged road in New Delhi. Pic/PTI


The southwest monsoon covered the entire country on Saturday, six days ahead of its scheduled date, as per the India Meteorological Department (IMD).

“The southwest monsoon has further advanced into the remaining parts of north Arabian Sea, Gujarat and Rajasthan. Thus, it has covered the entire country on Saturday, against the normal date of July 8,” IMD senior scientist RK Jenamani said.

Next Story : Two held for staying under false names in Goa hotel where rebel Maharashtra MLAs were camping