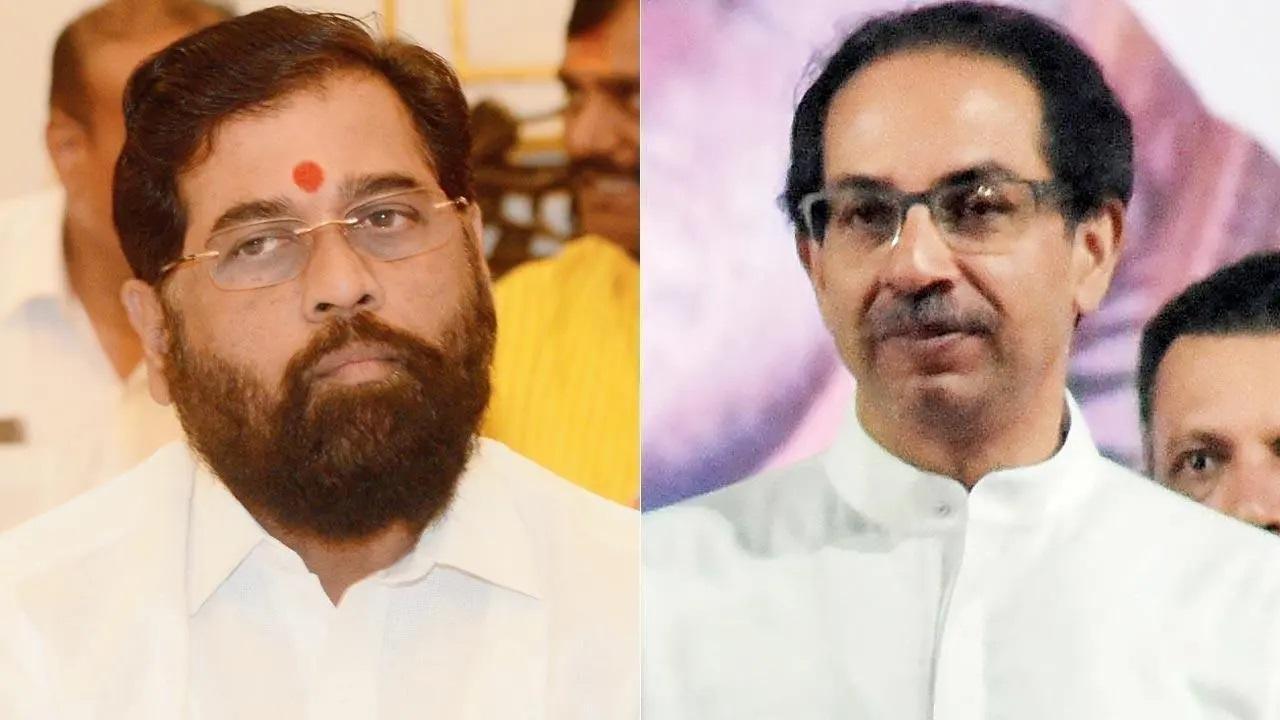 
A five-judge Constitution bench of the Supreme Court on Wednesday said it will hear on September 27, an application of Uddhav Thackeray-led faction seeking to restrain the Election Commission from deciding on the claim of Maharashtra Chief Minister Eknath Shinde-led group over the "original" Shiv Sena party.

The bench headed by Justice DY Chandrachud said it will pass directions indicating the timeline for hearing all other issues emanating from a batch of petitions filed by both the sides related to power of speaker/deputy speaker and governor in relation to the political crisis which had happened in Maharashtra few months back.

The bench was hearing pending cases related to the crisis that led to the fall of the Maha Vikas Aghadi (MVA) government in the state.

As the matter was taken up for hearing, senior advocate Neeraj Kishan Kaul, appearing for the Shinde faction, told the bench also comprising Justices MR Shah, Krishna Murari, Hima Kohli and PS Narasimha that the opposite side has filed an intervention application in their matter seeking to restrain the poll panel from taking any decision.

He said the Election Commission of India (ECI) cannot be prevented from taking any decision and earlier, the top court had refused to stay the proceeding before the poll panel.

Senior advocate Kapil Sibal, appearing for the Uddhav Thackeray faction, said on August 3, a top court bench had orally asked the ECI to not take any precipitative action.

Senior advocate Arvind Datar, appearing for the ECI, said it is a process that when there is a complaint under symbols order, the poll panel has no option but to issue notice to the other side.

"Here in this case also, we have issued the notice to the other side", he said, adding that the records are bulky and it would be appropriate if the proceedings continue.

Justice Shah asked the counsel to reserve their energy for hearing on September 27.

On August 23, the top court had referred to a five-judge bench the petitions filed by the Uddhav Thackeray-led faction and Eknath Shinde-led faction raising several constitutional questions related to defection, merger and disqualification.

It had asked the ECI not to pass any orders on the Shinde faction's plea that it be considered the "real" Shiv Sena party and granted the party's poll symbol.

A bench headed by the then Chief Justice N V Ramana had said that the batch of petitions raise important constitutional issues relating to the 10th schedule of the Constitution pertaining to disqualification, power of the speaker and governor and judicial review.

The apex court had said the proposition of law laid down by the constitution bench in the Nabam Rebia case relating to 10th schedule stands on a contradictory reasoning which requires gap filling to uphold constitutional morality.

The 10th Schedule of the Constitution provides for the prevention of defection of the elected and nominated members from their political parties and contains stringent provisions against defections.

The Uddhav Thackeray faction of the Shiv Sena had earlier submitted that party MLAs loyal to Maharashtra Chief Minister Eknath Shinde can save themselves from disqualification under the 10th Schedule of the Constitution only by merging with another political party.

It had asked the Shinde faction to redraft the legal issues of split, merger, defection and disqualification raised in petitions filed by the Thackeray camp that are to be adjudicated upon following the political crisis in Maharashtra.

The Shinde group had said the anti-defection law is not a weapon for a leader who has lost the confidence of his own party to lock his members and somehow hang on.