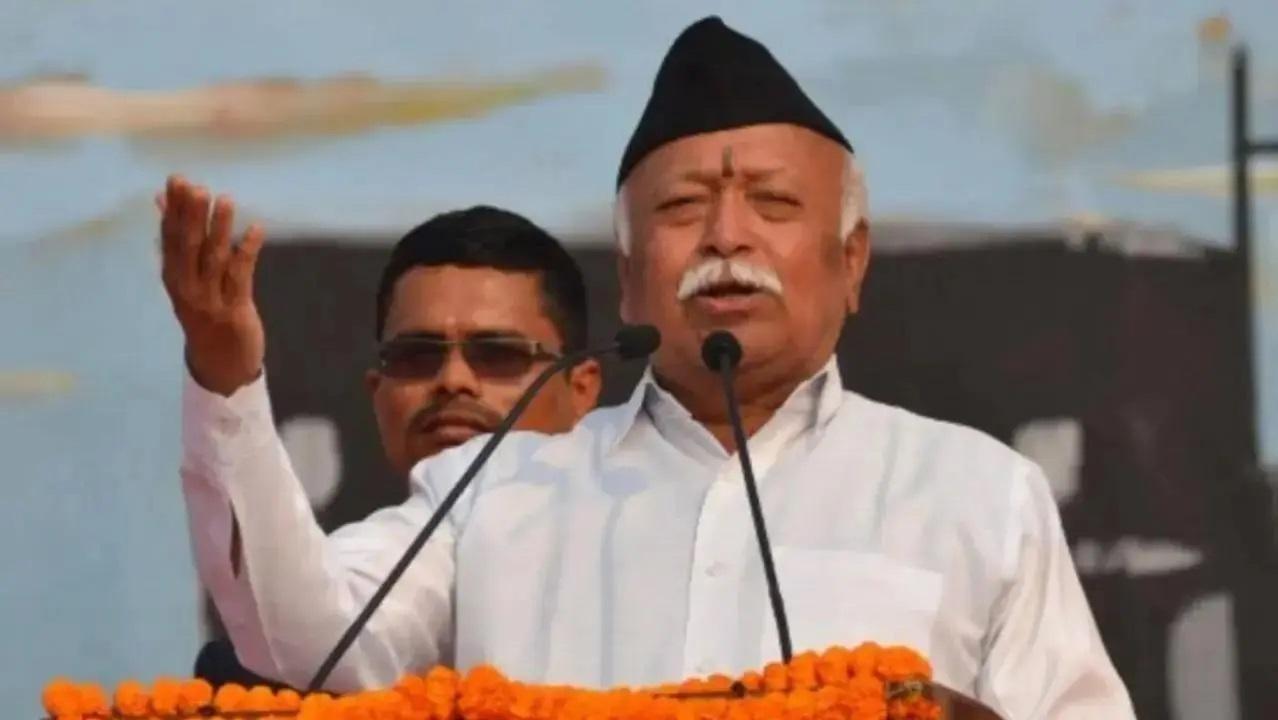 
RSS chief Mohan Bhagwat on Wednesday said India should have a population policy prepared after comprehensive thought and be applicable to all communities equally.

Speaking at the Rashtriya Swayamsevak Sangh's Dussehra rally in Nagpur, Bhagwat said community-based population imbalance is an important subject and should not be ignored.

Population imbalances lead to changes in geographical boundaries, he said.

The new population policy should be applicable to all communities equally to strike a balance, he said.

"There has to be a balance among the communities in this country," he added.

Pointing out at China's "One family one child" policy, Bhagwat said, While we are trying to control the population, we should see what happened in China. That country went for the one child policy and now it is getting older.

"With 57 crore youth population in India, we will remain a young nation for next 30 years," Bhagwat said. "However, what will happen to India after 50 years? Will we have enough food to feed the population," he added.

Bhagwat also stressed on people starting their own businesses and not relying solely on government jobs.

"All government jobs put together, only 30 per cent population will be covered. Rest of the population will have to start their own businesses to create more employment," he said.

The RSS invited mountaineer Santosh Yadav as the chief guest for the event. She is the first woman in the world to climb Mount Everest twice.