Raut said while the BJP is sensitive to comments perceived as insulting to Prime Minister Narendra Modi, the party remains quiet when it comes to remarks made against the 17th century Maratha warrior king, a revered figure in Maharashtra 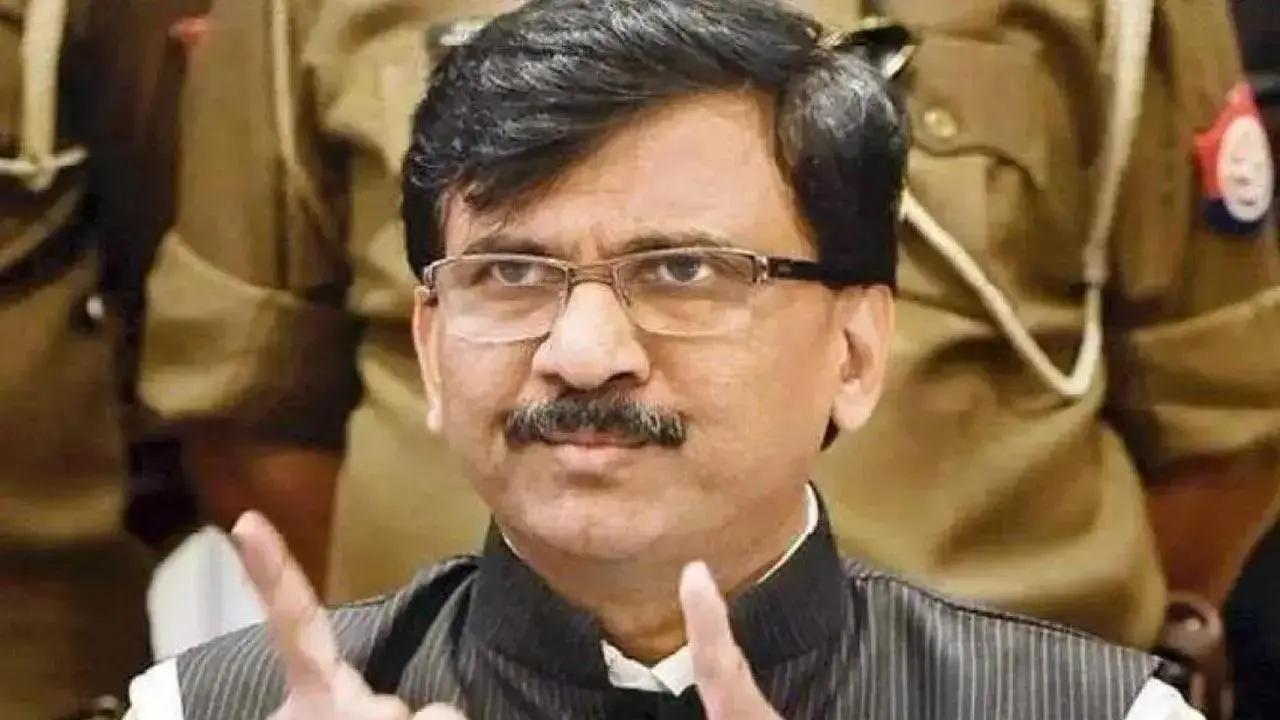 
Rajya Sabha MP Sanjay Raut on Friday criticised the Bharatiya Janata Party (BJP) for maintaining "silence" over alleged objectionable remarks made against Chhatrapati Shivaji Maharaj by some public figures and warned these "insults" to the Maratha warrior king will be avenged.

Raut said while the BJP is sensitive to comments perceived as insulting to Prime Minister Narendra Modi, the party remains quiet when it comes to remarks made against the 17th century Maratha warrior king, a revered figure in Maharashtra.

Talking to reporters here, Raut also attacked the Eknath Shinde-led government over the festering Karnataka-Maharashtra border row and said the chief minister of Karnataka "spits" on the face of the current dispensation, but the state government has no self-respect.

The Shiv Sena (Uddhav Balasaheb Thackeray) leader was reacting to the Karnataka government's move to release water to some villages in Jath tehsil in Sangli district of Maharashtra. The tehsil is known to face water shortage.

"They (the government) should drown themselves in the water released by Karnataka. Maharashtra has never faced such an attack in the last 50-55 years. The CM of a neighbouring state is challenging you" Where is your self-respect? The chief minister of Karnataka spits on the face of the government," Raut said.

The border dispute dates back to 1957 after the reorganisation of states on linguistic lines. Maharashtra laid claim to the border district of Belagavi which was part of the erstwhile Bombay Presidency as it has a sizeable Marathi-speaking population.

It also laid claim to 814 Marathi-speaking villages which are currently part of Karnataka. Karnataka maintains the demarcation done on linguistic lines as final.
The Shiv Sena (UBT) leader alleged Chhatrapati Shivaji Maharaj is being insulted everyday.

Last month, Koshyari stoked a controversy by saying Chhatrapati Shivaji Maharaj was an icon of "olden days", a remark dubbed as an "insult" to the Maratha king and the state.

On Wednesday, the opposition in Maharashtra took offence to remarks on the 17th century warrior king made by Tourism Minister and BJP leader Lodha.

"At an election rally in Gujarat, Congress president Mallikarjun Kharge compared Prime Minister Modi with demon king Ravan. The Prime Minister termed it as an insult to Gujarat and made it a big issue in the elections. In fact, I also did not like (Kharge) calling Modi as Ravan, but in Maharashtra, the same BJP and the Shinde faction are silent on insults to Chhatrapati Shivaji Maharaj," said Raut.

The Shiv Sena (UBT) leader claimed there was competition in the BJP to insult Shivaji Maharaj.

Raut said the Shiv Sena as an organisation remans intact even after the rebellion by a section of MLAs, led by now Chief Minister Eknath Shinde in June.

"The Shiv Sena is still as it is. The rebellion by some MLAs does not make a difference. I don't see any (political) future of these (rebel) MLAs because they are afraid and need security. Even people are angry with them. I know what's going on in the Shinde faction. There are internal rifts. It will lead to a big blast one day and the tag of traitors will remain with them forever," said the veteran parliamentarian.