The Shiv Sena Dogra Front demanded Singh's apology and that the Congress expel him from the party for his remarks. They also sought to know Congress leader Rahul Gandhi's stand on the matter 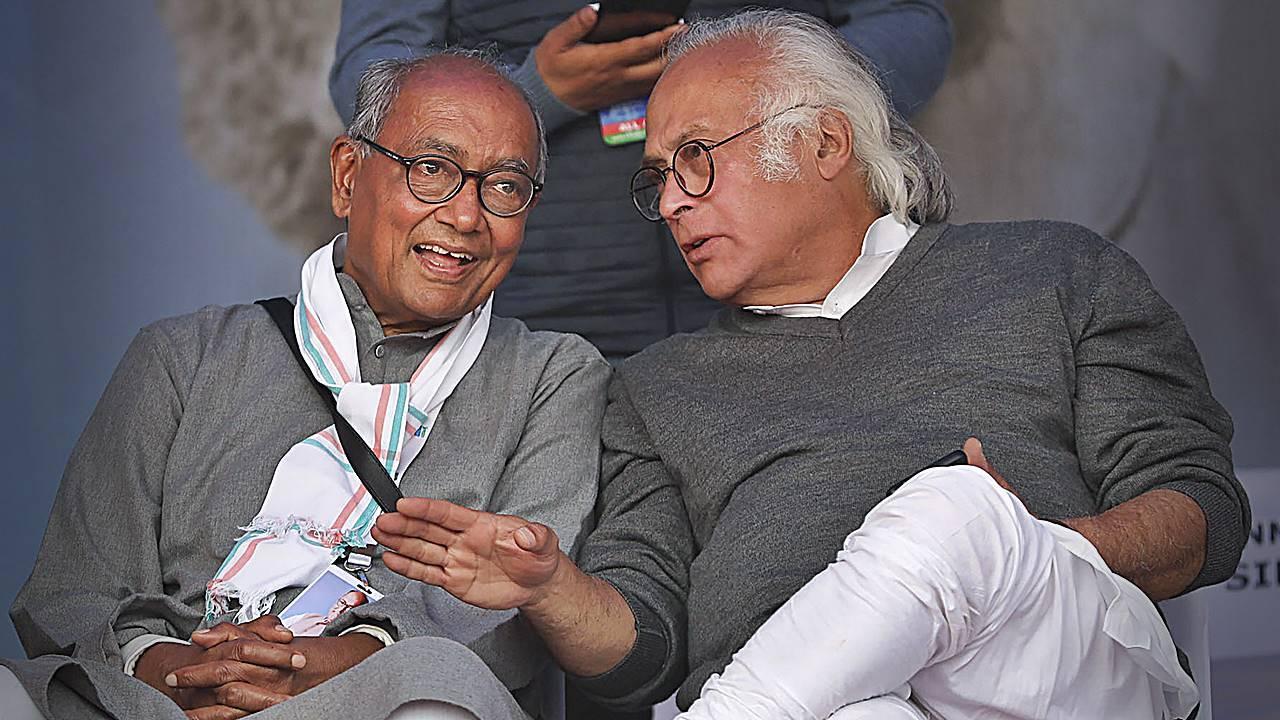 Jammu: Congress leaders Digvijaya Singh and Jairam Ramesh at a public meeting during the party's 'Bharat Jodo Yatra', in Jammu, on Monday. Pic/PTI


The Shiv Sena Dogra Front staged a protest here on Tuesday against Congress leader Digvijay Singh's remarks on surgical strikes and the Pulwama terror attack.
Scores of SSDF activists led by its chairman Ashok Gupta gathered in the Rani Park area of the city and raised slogans against Singh and the Congress.

They demanded Singh's apology and that the Congress expel him from the party for his remarks. They also sought to know Congress leader Rahul Gandhi's stand on the matter.

Singh on Monday questioned the surgical strikes and accused the government of peddling lies, drawing furious reaction from the BJP. Addressing a public meeting during the Bharat Jodo Yatra in Jammu and Kashmir, Singh alleged that the government did not agree to the CRPF request of flying its personnel from Srinagar to Delhi and 40 soldiers sacrificed their lives in Pulwama in 2019 to a terror attack.

"They talk of surgical strikes. They claim to have killed so many people but no proof is given. They are ruling by peddling a bundle of lies," the former Madhya Pradesh chief minister, who has often courted controversy with his comments, said.

The Congress has distanced itself from Singh's remarks, saying they were his own and do not reflect the position of the party.

Lashing out at Singh, SSDF chairman Gupta said he has insulted armed forces and martyrs. "Singh has a habit of making anti-India and anti-armed forces statements.... Rahul Gandhi should show him the door," the Shiv Sena Dogra Front leader said.

Do you know of persimmon, a seasonal fruit?