People of the state are suffering due to the infighting within the ruling Congress party, BJP MLA and spokesperson Ram Lal Sharma said in a video statement 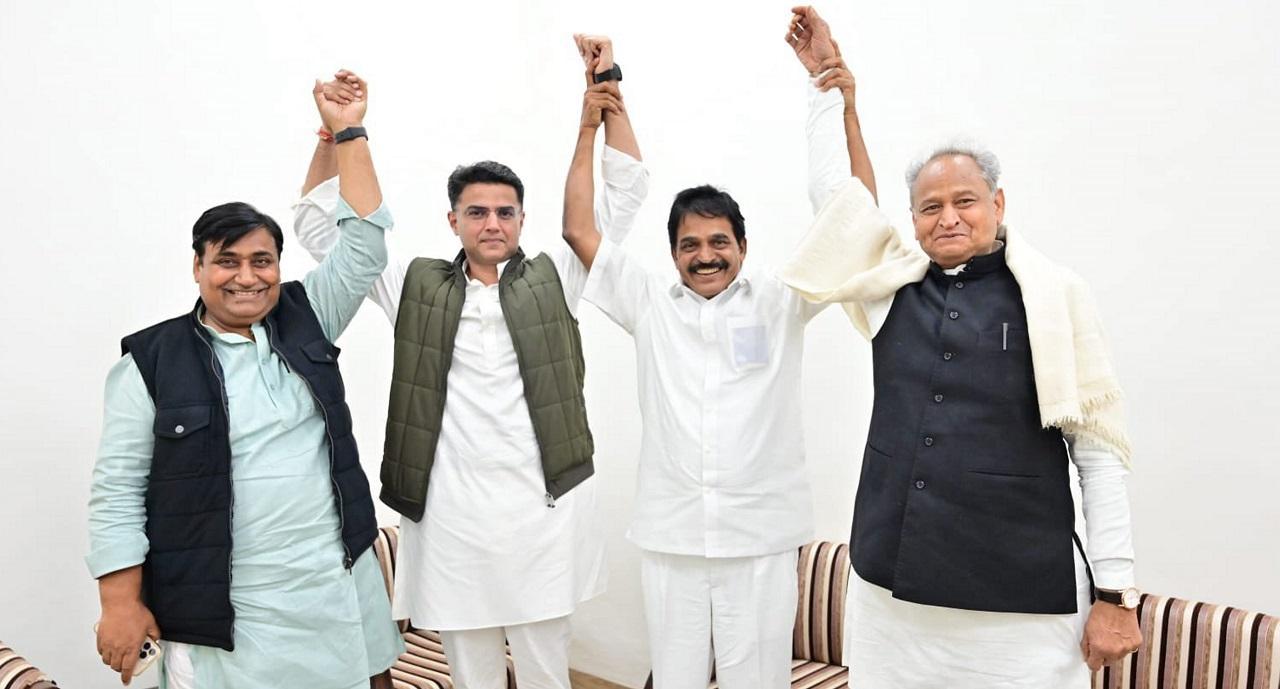 
The opposition BJP in Rajasthan on Wednesday claimed the show of unity by Chief Minister Ashok Gehlot and his former deputy Sachin Pilot is only a political break and people will again get to hear them make statements against each other.

People of the state are suffering due to the infighting within the ruling Congress party, BJP MLA and spokesperson Ram Lal Sharma said in a video statement.

"It was assured to the people of the state that all is well in the Congress but I believe this is just a political break for the time being, and people of the state will get to hear the same things and words again like 'nakara', 'nikamma' and 'ghaddar'," he said.

Last week, Gehlot told NDTV that Pilot is a 'ghaddar' (traitor) who cannot replace him as chief minister as he had revolted against the Congress in 2020, and tried to topple the state government. In response, Pilot said such "mud-slinging" would not help.

Both the leaders put up a show of unity on Tuesday when AICC general secretary (organisation) K C Venugopal held a meeting to review the preparations of the Bharat Jodo Yatra in Jaipur.

Sharma alleged that the infighting within the Congress party was affecting people but its government was suppressing agitations.