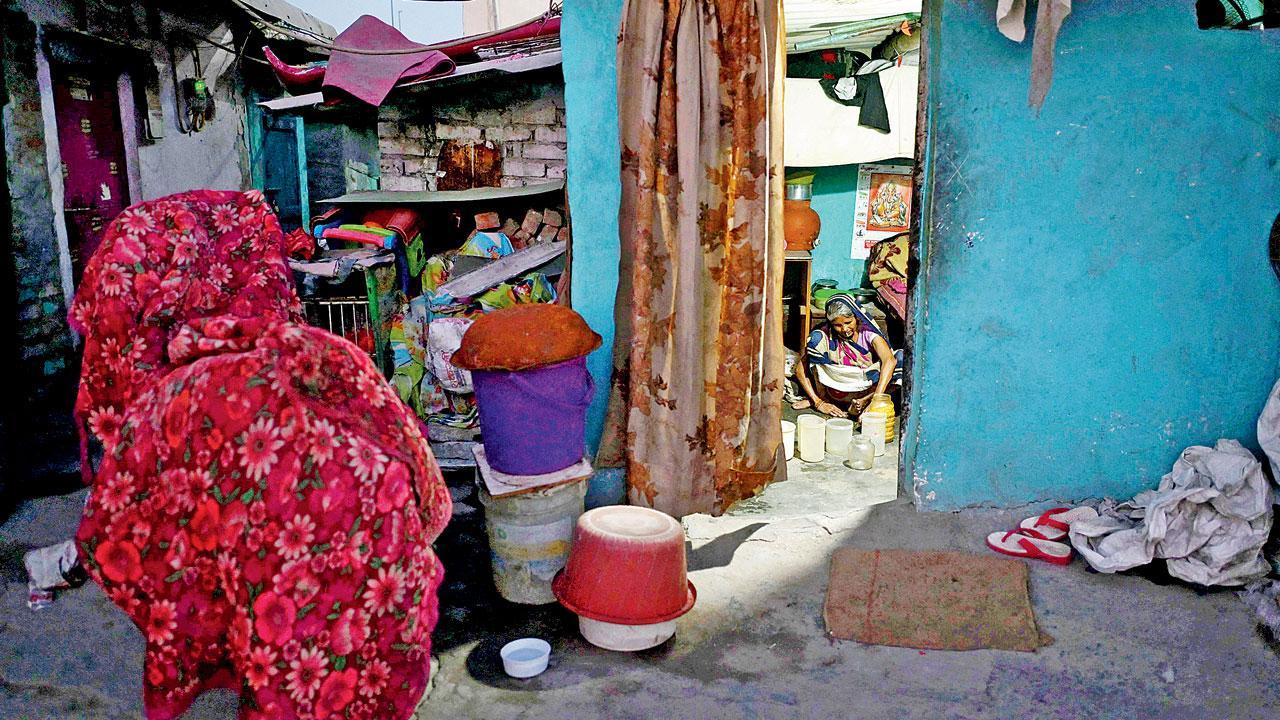 A woman fills jars with pulses inside her home in New Delhi. File pic/AFP


Homeless does not live but merely exist and life as envisaged by Article 21 of the Constitution is unknown to them, observed the Delhi High Court which directed the relocation of five people who were shifted from one slum site to another at the time of the expansion of the New Delhi railway station.

Justice C Hari Shankar was dealing with a petition filed by five slum dwellers in 2008 against their eviction even from the second site on account of further modernisation for the railway station. “Jhuggi dwellers represent a shifting, nomadic, populace... Hounded by poverty and penury, they have no option but to comply (when shifted elsewhere). Slum-dwellers do not stay in slums out of choice. Their choice of residence is the last ditch effort at securing, for themselves, what the Constitution regards as an inalienable adjunct to the right to life under Article 21, viz. the right to shelter and a roof over their heads. As to whether the roof provides any shelter at all is, of course, another matter altogether,” the court observed.

“...they do not live, but merely exist; for life, with its myriad complexions and contours, envisaged by Article 21 of our Constitution, is unknown to them,” it said in its July 4 order. It said petitioners would be entitled to an alternative accommodation under the Relocation Policy of the Ministry of Urban Development, if they can demonstrate to the authorities that they originally lived at Shahid Basti jhuggi from a date prior to November 30, 1998. “Law is worth tinsel if the underprivileged cannot get justice. At the end of the day, our preambular goal is not law, but justice,” it added.