Heralding the party's foray into national politics more than 21 years after it was launched with the objective of carving out a separate Telangana from the state of Andhra Pradesh, the TRS adopted a unanimous resolution at its general body meeting rechristening it as BRS 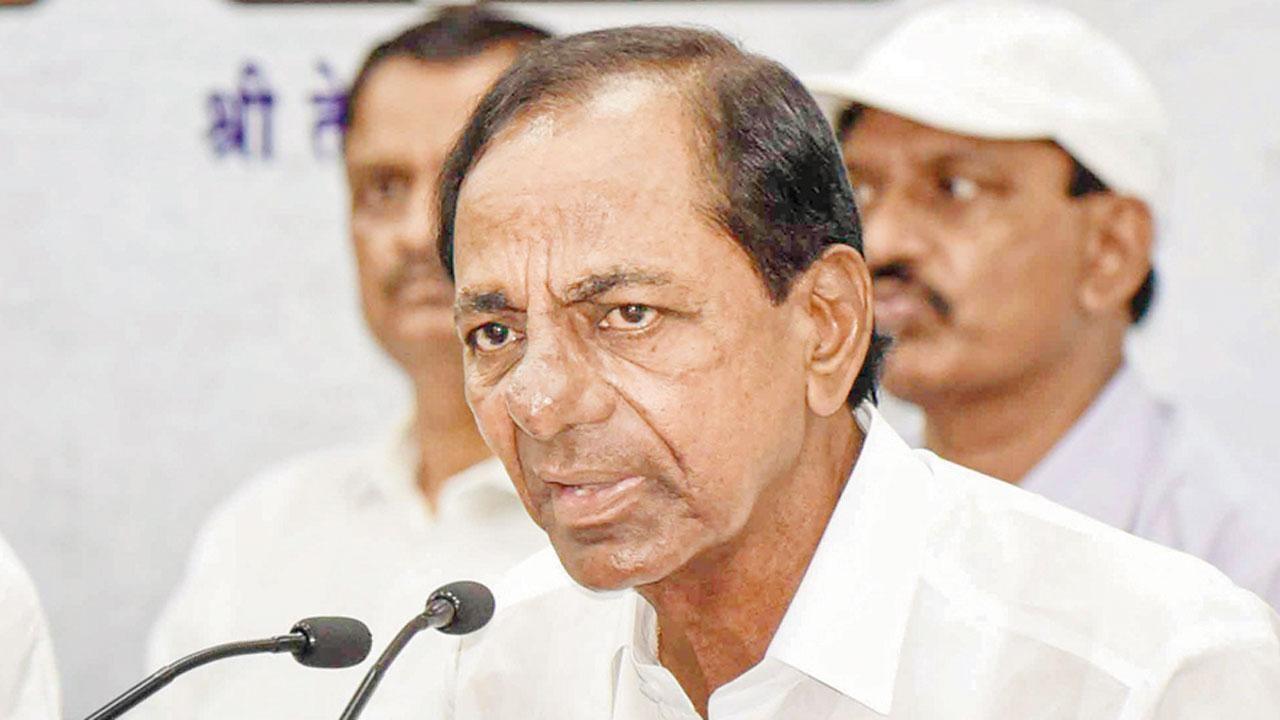 
Seeking to expand its electoral footprint beyond Telangana, the ruling Telangana Rashtra Samithi (TRS) on Wednesday changed its name to Bharat Rashtra Samithi (BRS) with Chief Minister K Chandrashekar Rao eyeing a national role ahead of the 2024 Lok Sabha polls.

Heralding the party's foray into national politics more than 21 years after it was launched with the objective of carving out a separate Telangana from the state of Andhra Pradesh, the TRS adopted a unanimous resolution at its general body meeting rechristening it as BRS.

With this move, the TRS hopes to take on the BJP and emerge as a national force to reckon with by bringing together like-minded opposition parties.

It comes months after the TRS at its foundation day event in April this year said in a resolution that the party should play a key role in national politics in the interest of the country as the BJP is "exploiting communal sentiments" for its political convenience.

The announcement of the name change by the 68-year-old TRS president was greeted by party functionaries with a big round of applause amid chants of "KCR Zindabad and TRS Zindabad." The change of name is to expand the party's activities nationwide and the party's constitution is also amended accordingly, Rao said.

The TRS rank and file, who gathered outside the Telangana Bhavan, the TRS headquarters here, went ecstatic and burst crackers and distributed sweets soon after the announcement.

"Desh ke neta KCR" chants reverberated and similar slogans were seen in posters. "Desh ke neta KCR," "Dear India he is coming", and "KCR is on the way", were among the slogans prominently displayed in banners, that could be seen in and around the venue of the meet besides other locations in the city.

Rao, who has been very critical of the BJP for about a year, is expected to step up his attack against the saffron party and its government at the Centre in the coming months.

Significantly, the name change move comes ahead of the Assembly polls in Telangana next year and the general elections a year later.

Speaking to reporters after the renaming event, Telangana Minister E Dayakar Rao said the chief minister's idea is to take the party to the national level while the symbol and colour of TRS will remain the same.

Another minister Satyavathi Rathod said the welfare schemes that are implemented in Telangana would be replicated all over the country.

In the recent past, KCR has met several regional party leaders including JD(S) chief and former prime minister H D Deve Gowda, NCP’s Sharad Pawar, TMC’s Mamata Banerjee, AAP’s Arvind Kejriwal and others, and has been rooting for a 'non-BJP, non-Congress' alliance. However, most of these parties have maintained there cannot be any united opposition without the Congress as it may end up only helping BJP.

The BRS is expected to showcase the welfare programmes being implemented in Telangana like 'Rythu Bandhu' investment support schemes for farmers and 'Dalit Bandhu' (grant of Rs 10 lakh per household to Dalits).

Farmers’ issues such as free power are likely to be the focal points in BRS' agenda, if one goes by the previous statements made by Chief Minister Rao.

Rao has held several rounds of meetings with representatives of farmers' unions from various states here. A resolution seeking to constitute a National Farmers' United Forum to ensure the implementation of Telangana government's farmer welfare schemes in the country was also adopted.

He had earlier promised to supply free power to farmers across the country, if a non-BJP government is voted to power in the 2024 Lok Sabha elections.

The change of name by the TRS was welcomed by Asaduddin Owaisi's All India Majlis-e-Ittehadul Muslimeen (AIMIM) with which it has a friendly tie-up while the opposition BJP and Congress dismissed the move as a non-starter.

Telangana PCC President Revanth Reddy alleged Rao has killed the existence of Telangana, and renaming the party is to settle family disputes and fulfill political greed.

While KCR struggled to keep "his government operational financially", the national level expansion bid is an unworthy exercise,he said.

KCR's move to step up his political fight against the BJP coincides with the announcement of schedule for the Munugode Assembly by-poll in Telangana by the Election Commission. The polling is scheduled to be held on November 3 and votes would be counted on November 6.

In 2020, the BJP emerged as a force to reckon with in Hyderabad civic polls. The BJP leaders have been vigorously focusing on Telangana as part of the party's efforts to expand its footprint in the southern parts of the country.

The TRS was founded by KCR on April 27, 2001. TRS is in power in Telangana since 2014 when the new state was carved out of Andhra Pradesh.

Party sources said the TRS name change would be communicated to the Election Commission as per rules.

Next Story : 10 bodies retrieved, 27 mountaineers missing after avalanche in Uttarkashi