His remarks comes a day after Kharge said he conveyed to Tharoor that a consensus candidate would be better, but the latter insisted on a contest for the “sake of democracy” 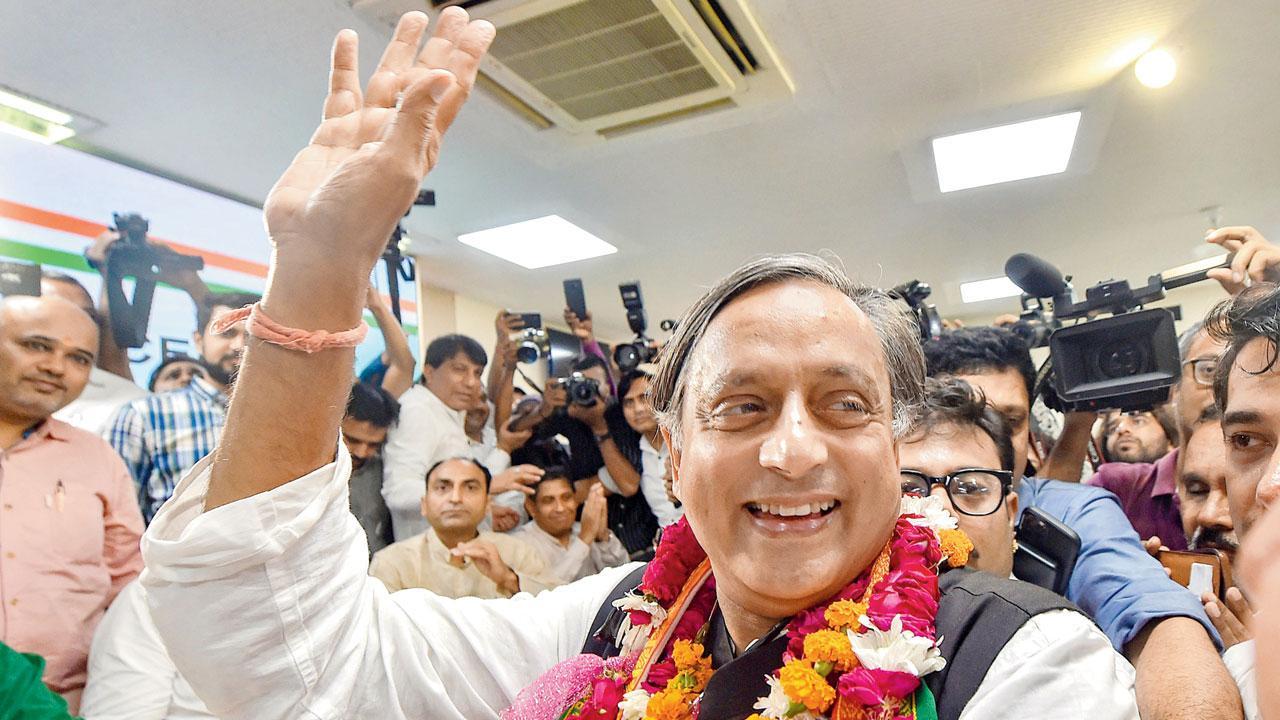 
Congress leader Shashi Tharoor on Monday said a re-imagined party is needed to take on the BJP, seeking support from party electors for his candidacy to the post of party chief.

Tharoor ruled out ideological difference with party veteran Mallikarjun Kharge, who is also in the presidential race. The Lok Sabha MP added that he has “enormous” respect for his rival Kharge. His remarks comes a day after Kharge said he conveyed to Tharoor that a consensus candidate would be better, but the latter insisted on a contest for the “sake of democracy”.

“We want the Congress to prevail once again in our country. As far as I am concerned, the only real difference in this poll is about how we go about the challenges facing the Congress party in overcoming the BJP and its formidable electoral machine,” he said during his campaign in Hyderabad.

The contest is a “discussion within the family” and there is no quarrel, he said. “Kharge has great experience, ability and knowledge... I bring a different approach and I put that before the voters to see what they want. But, I do want to stress that we are all in this together.” Tharoor said he won’t withdraw from the contest.

Meanwhile, the Congress’s central election authority on Monday issued a set of guidelines for the election, debarring party office-bearers from campaigning for candidates. Those who wish to support any candidate will have to first resign from their organisational post, stated the norms.