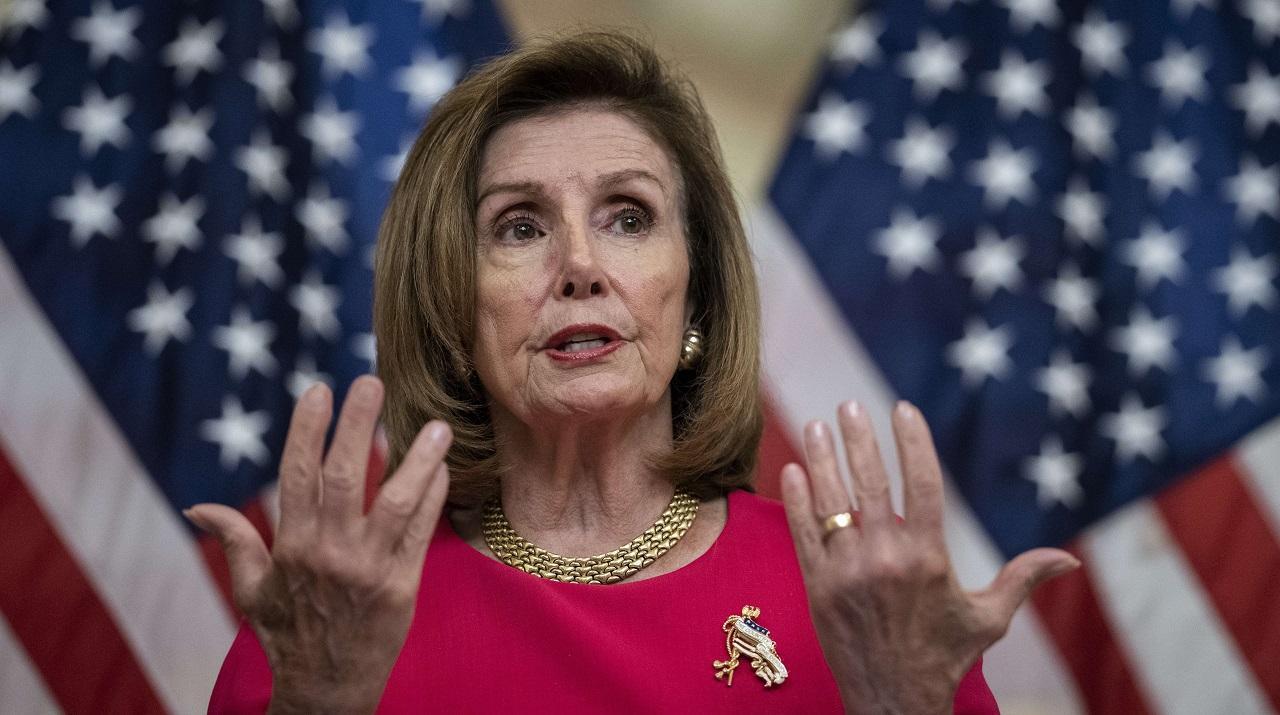 
House Speaker Nancy Pelosi has said the US just cannot allow China to establish a "new normal" to put pressure on Taiwan through the kind of military drills and warplane incursions that Beijing launched after she visited the self-governing island.

China on Wednesday announced that it has "successfully completed" its week-long and unprecedented military drills that have essentially encircled Taiwan.

Initially, the People's Liberation Army announced the war games in the busy Taiwan Strait from August 4 to 7, the day after Pelosi, who is the highest-ranking US leader to have visited Taiwan in 25 years, left Taipei after high-level meetings. It later kept extending them, keeping the breakaway island on tenterhooks.

"What we saw with China is that they were trying to establish sort of a new normal. And we just can't let that happen," Pelosi told a news conference on Wednesday, referring to the provocative drills.

The Chinese military exercises involved hundreds of warplanes, dozens of naval ships, including an aircraft carrier group with a nuclear submarine in tow, amid assertions by the official media here that such war games in the busy Taiwan Strait will be a new normal.

Pelosi's trip to Taipei angered Beijing, which views Taiwan as a breakaway province that must be reunited with the mainland, by force if necessary.

Taiwan has accused China of using the recent drills as practice for an invasion.

"We didn't go there to talk about China. We went there to praise Taiwan. And we went there to show our friendship to say, 'China cannot isolate Taiwan'," Pelosi asserted during the news conference on Wednesday after her trip to Asia.

"The visit delivered a clear statement that America's commitment to a free and open Indo-Pacific is unshakeable," Pelosi noted.

The US along with several world powers have been talking about the need to ensure a free, open and thriving Indo-Pacific in the backdrop of China's rising military manoeuvring in the resource-rich region.

China claims nearly all of the disputed South China Sea, though Taiwan, the Philippines, Brunei, Malaysia and Vietnam all claim parts of it. Beijing has built artificial islands and military installations in the South China Sea. China also has territorial disputes with Japan in the East China Sea.

Pelosi said her bilateral discussions centred around seizing opportunities and addressing shared challenges, including upholding the democracy in the face of autocracy, fostering robust economic growth, including through the Indo-Pacific Economic Framework and in governance, responding to Covid-19 and climate crisis.

House Foreign Affairs Committee chairman Gregory Meeks told reporters that Pelosi's visit to Taiwan illustrated that no matter what Chinese President Xi Jinping said, the US was going to stand by its friends and allies.

Indian-American Congressman Raja Krishnamoorthi, who was part of the Congressional delegation to Taiwan, was also present at the news conference.

He said the delegation discussed the backlog of the pending arms sales to Taiwan.

Next Story : What excuses will BJP give for 'alarmingly deteriorating' crime situation in Delhi: Chidambaram