'My visit to Ayodhya is no politics. I have come here to seek the blessings of Lord Ram,' says Aaditya Thackeray 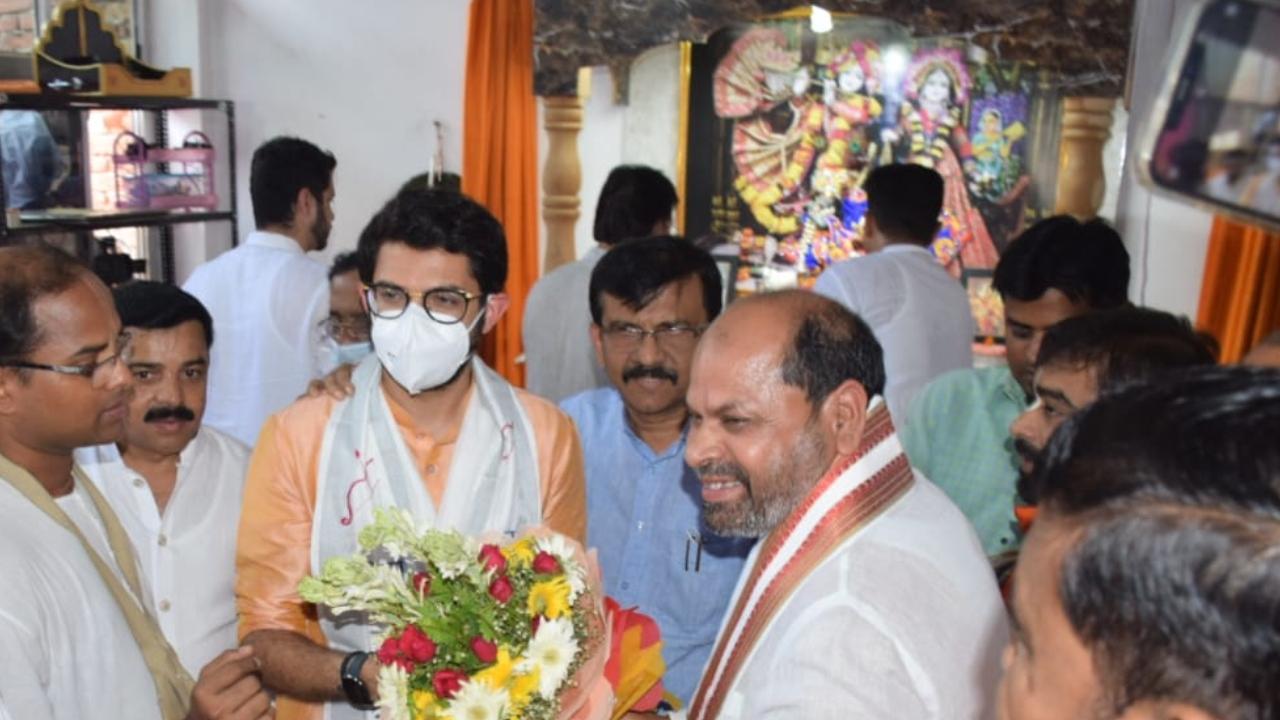 
Shiv Sena leader and Maharashtra minister Aaditya Thackeray paid a visit to Ayodhya on Wednesday. He stated his arrival at the temple town is not associated with politics but he is here to seek the blessings of Lord Ram.

His visit comes at a time when the BJP, Shiv Sena's former ally, has been questioning the party's commitment to Hindutva. Earlier, the head of Maharashtra Navnirman Sena Raj Thackeray had announced his visit to Ayodhya on June 5, but was cancelled later.

"My visit to Ayodhya is no politics. I have come here to seek the blessings of Lord Ram," Thackeray told the media.

"Ayodhya is the centre of faith in India. In 2018, we gave this slogan - first temple, then government. After Shiv Sena's slogan, the way for the construction of the temple was cleared. Now, Ram temple is being built on the orders of the Supreme Court," he said.

"We will pray to Lord Rama to give us the strength to serve the people better," he said.

Speaking about his further plans, Thackeray said talks will be held with the Uttar Pradesh government seeking land in Ayodhya to establish Maharashtra Sadan.

On his first visit to Ayodhya, Aaditya Thackeray will also hold a meeting with party functionaries besides participating in an 'aarti' at the banks of River Sarayu later in the day.

Thackeray, who tried to stay clear of politics, however said that central agencies have turned into advertisement literature. He was responding to a question on the Enforcement Directorate quizzing Congress leader Rahul Gandhi.

He largely refrained from making any comment on political developments. However, on persistent queries by the media about the Enforcement Directorate grilling Congress leader Rahul Gandhi, Thackeray remarked, "All the central agencies have become prachar sahitya (advertisement literature)."

Next Story : Presidential polls: Next Oppn meeting likely to be convened on June 20-21 in Mumbai by Sharad Pawar