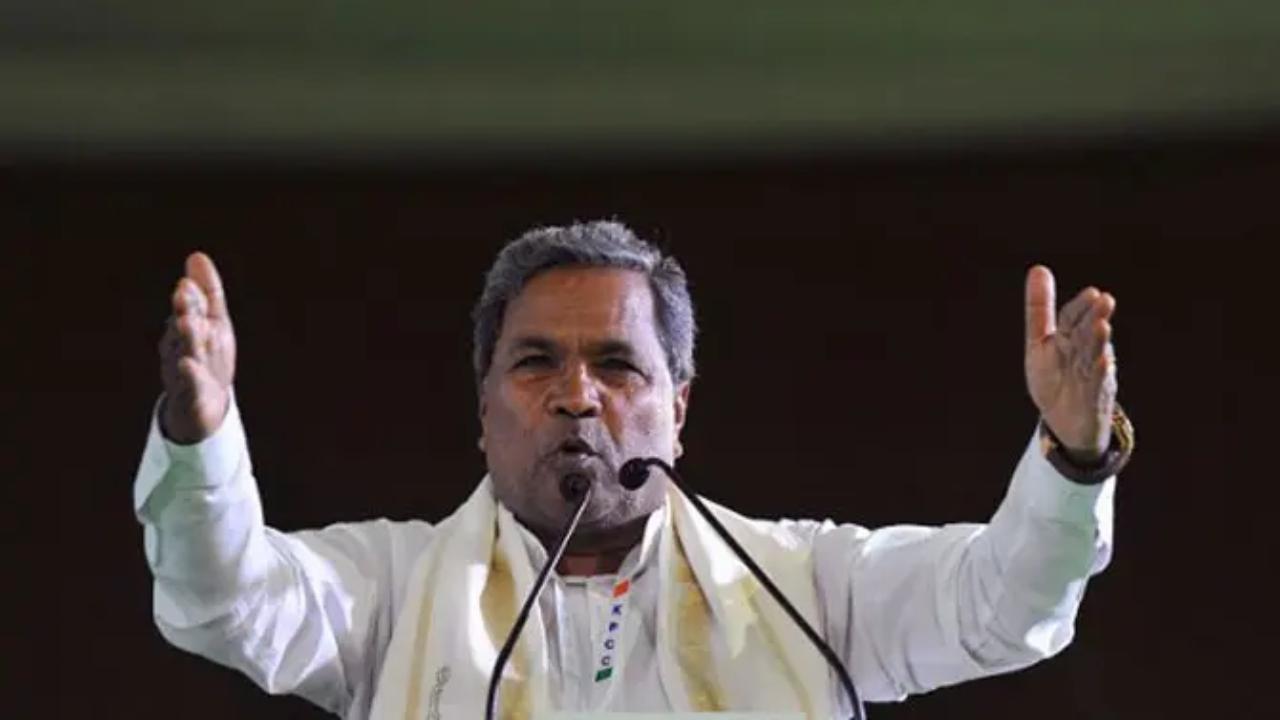 
Ahead of the assembly elections the national parties, the ruling BJP and the opposition Congress, are locked in bitter fights over corruption. The Congress staged a silent protest, 'Stop Corruption Save Bengaluru', at more than 300 locations in Bengaluru on Monday condemning corruption by the BJP.

The BJP in turn condemned the Congress and dubbed the party as the 'Gangotri of corruption' and also lodged a complaint against Opposition leader Siddaramaiah.

Shivakumar charged that Bengaluru has become a capital of potholes and the quality of the projects in the city is mediocre. The pothole menace has resulted in many deaths and the ruling BJP has failed completely.

The BJP government is harassing and taking money from roadside vendors. The collection amounts to Rs 1 crore, he added.

Meanwhile, the Karnataka BJP on Monday filed a complaint with the Lokayukta alleging a 50 per cent commission in TenderSure projects during Siddaramaiah's tenure as the CM.

Chalawadi Narayanaswamy, BJP SC Morcha president and Yogendra from the legal cell of the party filed the complaint.

"They (Congress) do not have any proof. In TenderSure Projects in 2013-14, 53.86 per cent additional funds were released and this is a scandal. Then CM Siddaramaiah has taken commission and all scams during his tenure will be brought out," Narayanaswamy said.

Siddaramaiah is not Harishchandra (a Hindu mythological character who always upheld the truth). There were many scandals during his time. But he makes allegations as if he was Harishchandra. He was defeated and sent home because of corruption, Narayanaswamy stated.

He termed the Congress as the 'Gangotri of corruption' and said he has the documents of the 60 per cent premium paid in Bengaluru during the Siddaramaiah government.

Bommai said those who shut down the Lokayukta are holding protests in over 300 places and are giving lessons. Why did they close the Lokayukta? A number of cases had been filed against 59 persons including the CM so they started the Anti-Corruption Bureau and got 'B' reports filed in all cases.

All those cases have now now referred to the Lokayukta. Corruption had been a part of the previous government. They are protesting to cover up their misdeeds, Bommai stated.

On the Congress party comparing Prime Minister Narendra Modi to Hitler, the CM said the people know what Modi has done and criticising him is like spitting in the air. When AICC president Sonia Gandhi termed Modi 'Maut Ka Saudagar', the BJP came back to power with more number of seats in Gujarat, he added.

Next Story : Delhi Police bans flying of drones, paragliders and other flying objects ahead of Republic Day