Addressing a Shiv Sena function here, Shinde alleged that it was Uddhav Thackeray who betrayed the Hindutva ideology propounded by Balasaheb Thackeray by joining hands with arch-rivals Congress and NCP 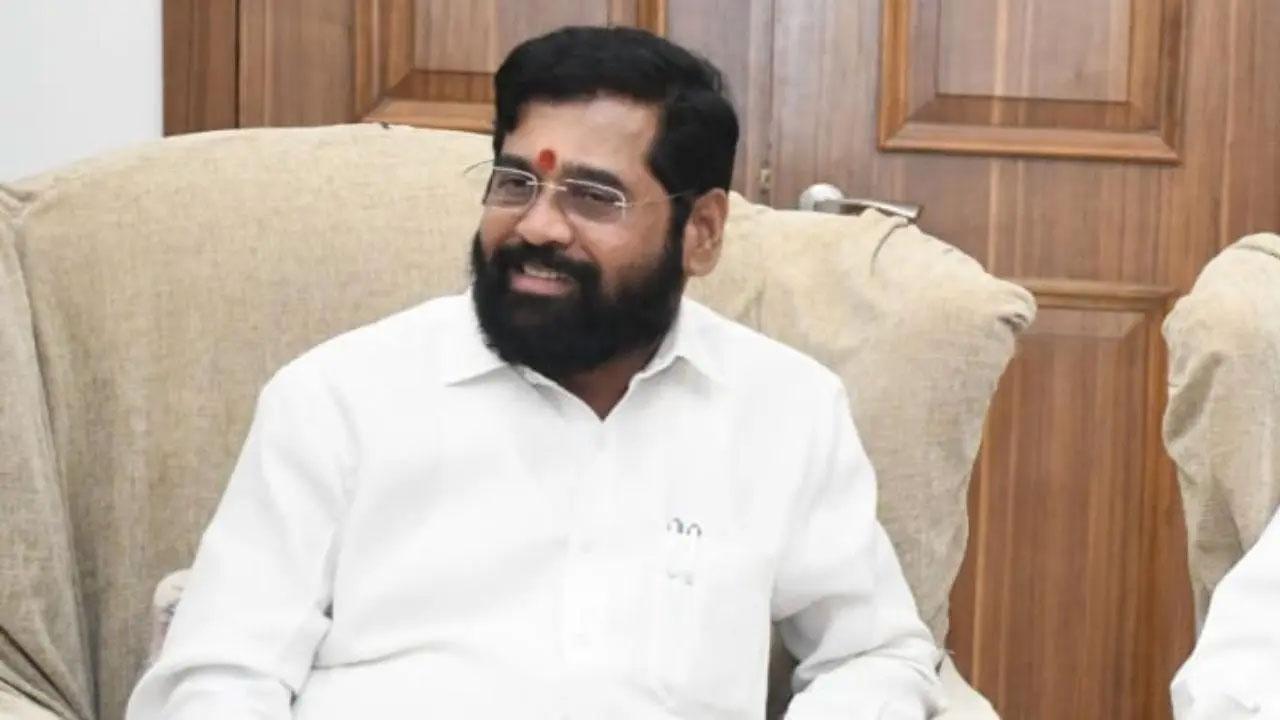 
Maharashtra Chief Minister Eknath Shinde on Wednesday targeted Uddhav Thackeray for "betraying" the Hindutva ideology, even as he declared himself as the true torchbearer of the ideals of Shiv Sena founder Balasaheb Thackeray. Addressing a Shiv Sena function here, Shinde alleged that it was Uddhav Thackeray who betrayed the Hindutva ideology propounded by Balasaheb Thackeray by joining hands with arch-rivals Congress and NCP.

'We are being called 'gaddar' (betrayers). But it is we who took Balasaheb's ideals forward, while they shortchanged the ideals of Hindutva. Who is 'gaddar' and who is 'khuddar' (one having self-esteem), the people will decide,' Shinde said. Shinde, who led a rebellion in the Shiv Sena ranks in June and became chief minister with the support of the BJP, was responding to the allegations made by predecessor Uddhav Thackeray at a rally in Goregaon in suburban Mumbai.

Thackeray, who had dumped the BJP to become chief minister of the Maharashtra Vikas Aghadi government with NCP and Congress as allies, had resigned in the face of rebellion by Shinde who had the support of over 40 of the Sena's 55 MLAs. Responding to allegations by the Thackeray faction of accepting bribes to break the Shiv Sena, Shinde said he has a detailed account of 'who paid whom' during MVA government and would reveal the details at an appropriate time in Mumbai.

Shinde had called a meeting of the Shiv Sena leaders from across the country here in a bid to revive the party organisation amid a tussle for control of the party with Thackeray. Both Thackeray and Shinde have been claiming to be the 'real' Shiv Sena and have knocked the doors of the Election Commission for allocation of the 'bow and arrow' election symbol. The commission is expected to hear the matter on September 27.

The war of words between Shinde and Thackeray has been escalating every passing day ahead of the elections to the Brihanmumbai Municipal Corporation likely to be held later this year. 'Shiv Sena is not a private limited company. We have built this party giving our sweat and blood alongside Balasaheb Thackeray. It is not your estate. If you treat the party workers as your servant, they will desert you' I understood the pain of the party workers and helped them at every step, when you turned your back on them,' Shinde said.

Referring to Thackeray's charge of calling him an 'agent' of Prime Minister Narendra Modi and Union Home Minister Amit Shah, Shinde hit back, saying at least he was not the agent of 'Dawood Ibrahim and Yakub Memon, who had carried out attacks on Mumbai'. 'Shall we call you agents of Dawood and Yakub for it was during your tenure the grave of Yakub Memon was decorated,' Shinde said.

'Balasaheb Thackeray had wished for the removal of Article 370 and building of Ram temple in Ayodhya. Modi and Shah have done that. Instead of being labelled as the agent of Dawood and Yakub, I would any day like to be called an agent of Modi and Shah,' the chief minister said.

Shinde said the people had showered him with love wherever he went, within or outside Maharashtra. Taking a dig at Thackeray's rally in suburban Mumbai, Shinde said those who did not meet party workers for the past several years have now started interacting with the cadre. 'It is because of us that Shiv Sena workers are experiencing better days (acche din). At least he has started meeting state leaders,' Shinde said, referring to the meeting of party leaders with Thackeray held in Mumbai on Wednesday.

Shinde accused Thackeray of 'backstabbing' the people's mandate for the Shiv Sena-BJP in the 2019 assembly election for 'sheer lust for power'. 'We went along, thinking that the senior leadership had taken a decision with something in mind' But I was forced to revolt when the troubles of party workers started increasing despite the party being in power. There is a limit to tolerate injustice,' the chief minister said.

Shinde said the voters had reposed faith in Shiv Sena and BJP in the recent gram panchayat elections. 'We received overwhelming support from the people, while you (Thackeray faction) were relegated to the sixth position,' he said. Shiv Sena leaders from the state, who also spoke before Shinde, accused Thackeray of 'ignoring the interest of the party workers' and 'compromising the ideals of Hindutva' by joining hands with the Congress and NCP.