The enterprising youth said, in addition to the fruit, he is also selling saplings of the dragon fruit to farmers coming to him from many states, including Bihar, Madhya Pradesh and Haryana 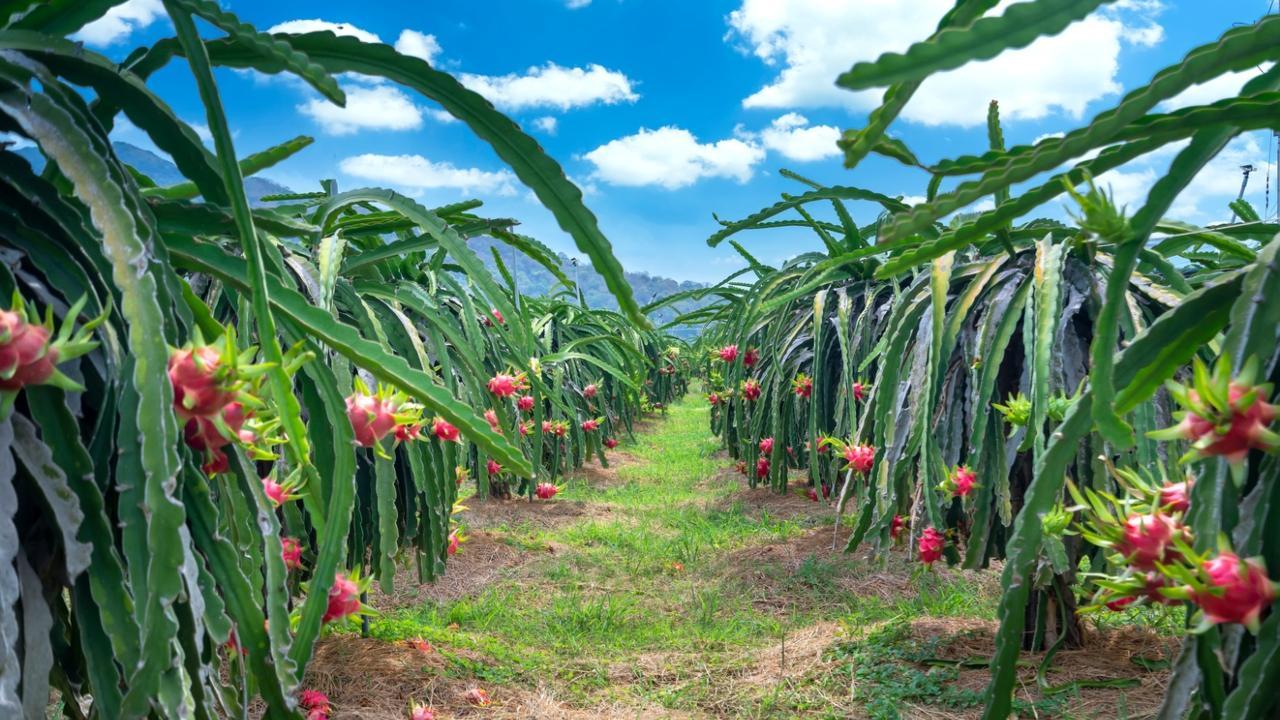 
A barren land has turned into an enterprise and an inspiration for many farmers with its cash-yielding dragon fruit where an engineering graduate in Uttar Pradesh's Shahjahanpur district has decided to toil a different track.

A native of Chilahua village under Allahganj police station, Atul Mishra has done BTech in computer science from Chennai.

Talking to PTI, he said he did not go for a high-paying job after completing his studies as he wanted to do something for his fellow villagers and add to the prestige of his district.

After surfing the internet, he decided to experiment with the dragon fruit cultivation.

Mishra said he brought a few saplings of the dragon fruit, also called Pitahaya, from Sholapur in Maharashtra in 2018 and planted them on a barren land owned by his family.

Seeing the success, he has now expanded the fruit farming on five acres of his land.

"There is another seven acres of barren land of our family in which dragon fruit would be grown next season," he said.

Mishra said now he has employed three men and a woman to help him in cultivation of dragon fruit on a large scale.

Earlier, wheat was grown in his family's another piece of land which was yielding return even less than the input cost.

He said cow urine and medicine are sprayed to protect the plants from fungus.

The enterprising youth said, in addition to the fruit, he is also selling saplings of the dragon fruit to farmers coming to him from many states, including Bihar, Madhya Pradesh and Haryana.

"I also give tips of successfully growing dragon fruit to people who come to me to buy the sapling," he said.

Dragon fruit is a tropical fruit native of Mexico and Central America. Its taste is like a combination of a kiwi and a pear. In India, its grown in different parts of Maharashtra.

The crop is also grown in Vietnam, Thailand, the Philippines and Indonesia.

He said the fruit comes after one year of plantation.

Mishra said fruits start coming in his trees from May and continue till December and he sells them at a handsome profit in Delhi's Azadpur mandi.

The farmer said he sees a lot of scope of the area being developed as agri tourism and wishes to meet chief minister Yogi Adityanath to submit a proposal to him in this regard.

Farmers of the district are praising Mishra for his achievement.

Kuldip Singh, a farmer of Rampur Daulatpur, said he would also go for this cash-rich produce.

He and some other farmers said that the cultivation of dragon fruit needs more cash but expressed concern over lack of assistance provided by the state government.

He told PTI that the administration would soon organise a workshop to train farmers in cultivation of dragon fruit.

The produce contains Vitamin C, magnesium in addition to protein and iron, the doctor said, adding that it enhances the immune system.