And he waits for Shoma Sen

Falling in love while trying to affect a change in the society, as their hearts beat for adivasis and dalits, the couple has now spent in jail nine out of 31 years of their life together 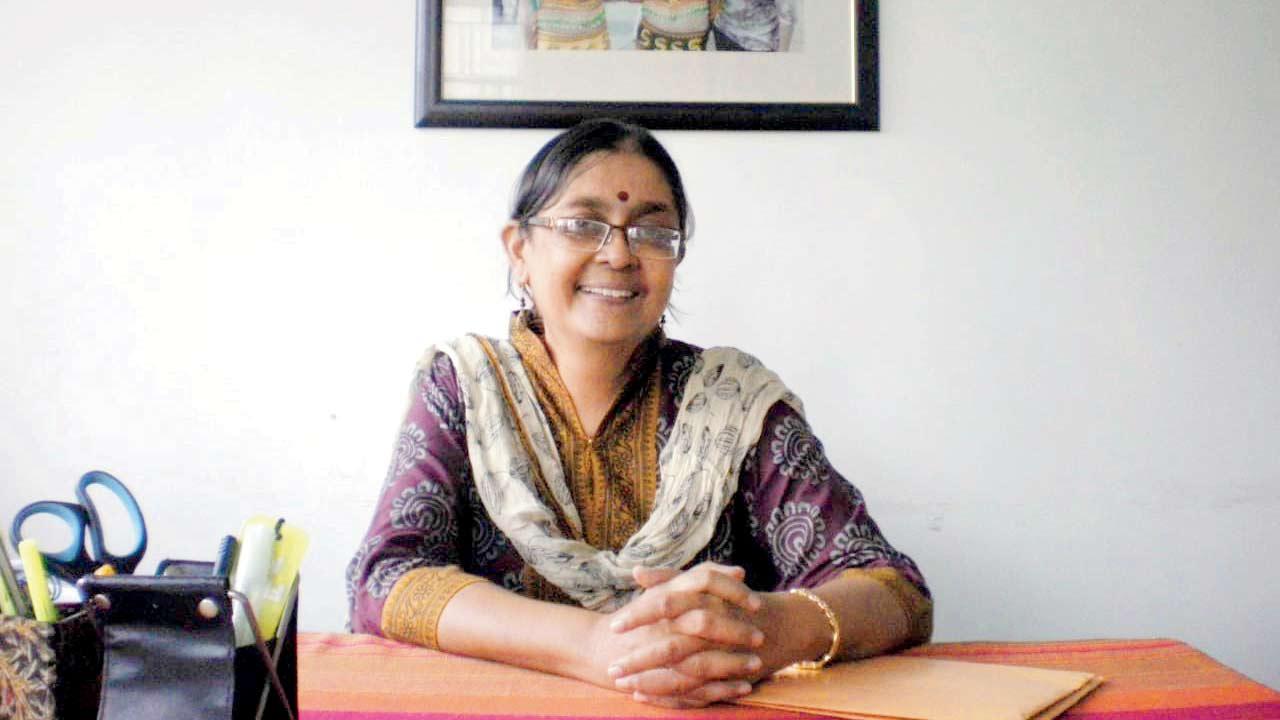 Shoma Sen was arrested on June 6, 2018 in connection with the Bhima Koregaon case and has been lodged in jail since. Pic/Twitter

I called up Tushar Kanti Bhattacharya, husband of Shoma Sen, an accused in the Bhima Koregaon case, on May 9, with a request: could he tell me their story—she languishing in jail and he alone outside? He said it was on this day in 1991 that Shoma and he were married. “I feel so, so lonely on my marriage anniversary,” Tushar said. Their wedding had involved Shoma and Tushar taking oath before 20 friends to live as wife and husband and working together for the downtrodden.

Shoma’s father was the creative head of an advertisement agency in Mumbai. The Sens lived an upper middle-class life in Bandra. Shoma married a trade union leader and moved in with him to a chawl. A child—Koel—was born to them. When the marriage soured, Shoma shifted to Nagpur, where, in 1987, she began to teach English Literature at Dr Madhukarrao Wasnik PWS College, an institution run by Dalits.

Tushar’s father was a clerk in Sirpur-Kagaznagar town, now in Telangana, and had seven children. A Rashtriya Swayamsevak Sangh pracharak would take three of the four brothers—Alok, Kalol and Tushar—to play games every morning. When he was in Std VIII, the pracharak criticised Indira Gandhi. Tushar shot back, “You claim RSS is a cultural organisation, but you are talking politics.” The pracharak did not know that the precocious child had read on Naxalbari and Srikakulam uprisings, and about the 1968 student protest in Paris.

Tushar’s reading spawned in him the desire to smash class and caste hierarchies, as was also the case with Shoma in Mumbai. They were set on a path that was to bring them together—and into conflict with the Indian State, inclined to summarily jailing its ideological opponents.

Tushar’s tryst with jail was early, in Std X. He had joined a group of boys who wrote radical graffiti—and misguidedly demonstrated their revolutionary fervour by painting red the white marble statue of Mahatma Gandhi. One day, the statue was found broken. The boys were arrested. The court found the charge against them bogus. Tushar now made it his mission to organise workers to fight for their rights.

In 1987, appalled by the working conditions at Nagpur’s Khaperkheda Thermal Power Plant, Tushar, late activist Anuradha and her husband Kobad Ghandy, an alumnus of Doon School, took to organising workers there. In the same year, Tushar contracted typhoid, prompting Anuradha to shift him to Shoma’s residence, where he recovered under her care. Love blossomed; their Marxist beliefs as much a glue as their Bengali background; the relationship further leavened as Koel took to addressing Tushar as Papa.

On such a family the State has inflicted untold misery.

The irony is that Shoma was returning to her middle-class roots in Nagpur, focussing on her work even as she formed Stree Chetna, a women’s organisation. Yes, like any conscientious citizen, she spoke against the atrocities committed on Dalits, and petitioned the High Court for establishing a prison in Gadchiroli, in order to save the poor adivasis from journeying to Nagpur where their relatives, in substantial numbers, were jailed.

The State looks askance at anyone whose heart beats for adivasis.

Shoma and Tushar’s suffering does not date to her arrest in the Bhima Koregaon case, on June 6, 2018. It began in 2007, when Tushar was arrested and accused of heading the underground Maoist unit Triple U that supposedly operated in Uttarakhand, Uttar Pradesh and Uttar Bihar. Thus was the couple torn apart. “Shoma was my strength in those years,” Tushar said. So was also Kalol, the older brother who had become the Telangana secretary of the Bharatiya Mazdoor Sangh, an RSS affiliate. Tushar was acquitted in all seven cases filed against him. He walked into freedom in February 2013.

By then, Shoma was inducted into the English department of RTM Nagpur University. To mid-day contributor Jyoti Punwani, Shoma said, “Either I kill myself with guilt and hoard my earnings, or I use them to make life a little comfortable at this age.” She now lived in an apartment overlooking a patch of forest, with two domestic helps and a driver. “It took me two years to resolve our contradictory lifestyles,” said Tushar, who began translating books and laid out a terrace garden.

Their idyllic life was shattered on June 6, 2018. Koel was traumatised by her Ma’s incarceration; the neighbourhood shunned them; a part-timer left work under pressure from other households. A voice constantly murmured in Tushar: How would Shoma, racked by glaucoma, arthritis and hypertension, endure the jail life? He would stare all day at the computer screen, unable to write a sentence. He opted for psychotherapy.

Tushar last met Shoma on April 28. She looked depressed, acutely aware that her incarceration will likely not end anytime soon, for even the charges in the Bhima Koregaon case have yet to be framed. The Supreme Court was recently told that Prime Minister Narendra Modi favours “protection of civil liberties, respect of human rights…” This must sound as a cruel joke to Shoma and Tushar, who, both put together, have spent nine out of 31 years of their married life in jail—and counting.

Next Story : In the BJP-tightened clutches of Hindutva