City with a (non) view

So much of Bombay’s charm and identity lies in its views that define each part of its vibrant, eclectic streetscape. However, this seems to be fast vanishing in the name of development 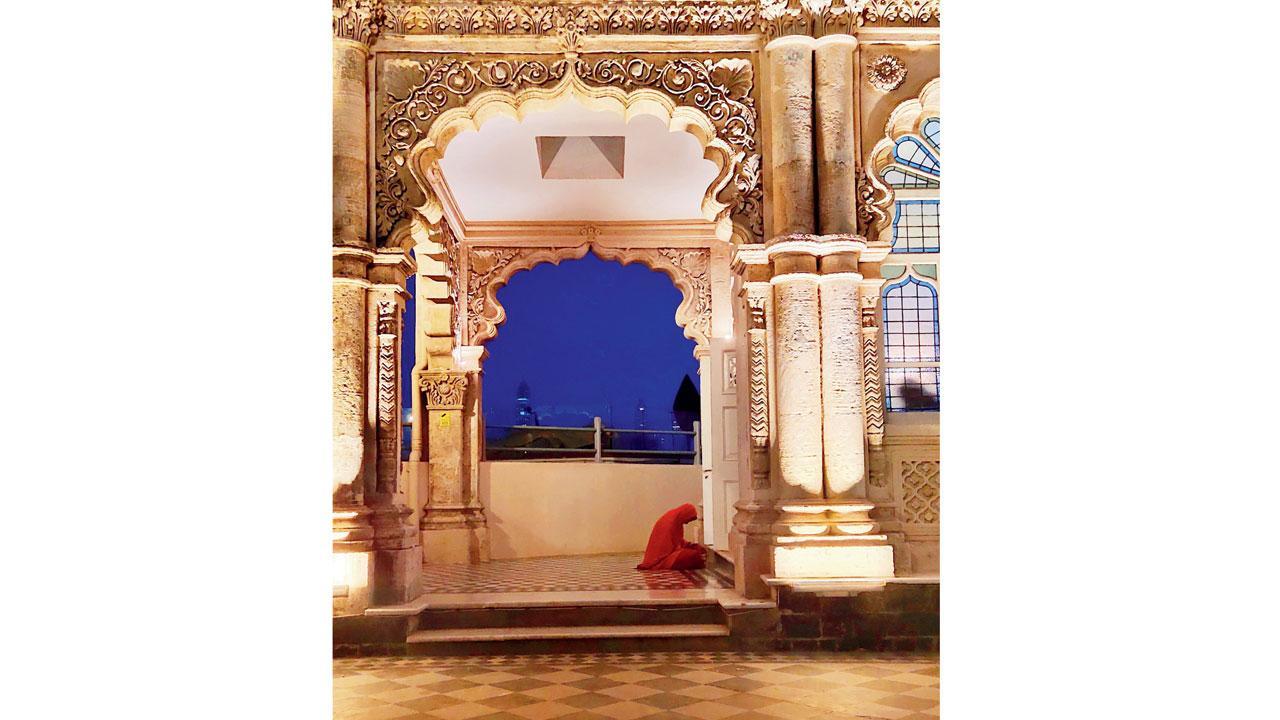 The Ma Hajiani Dargah in Worli

Back in early 2019, while reporting on the restoration of the Ma Hajiani Dargah in Worli, I was introduced to a panoramic view of the sea unlike anything I had seen till then. Little wonder that it remains one of the obvious entrants that have made it to my treasured diary of favourite heritage-themed stories.

The site was restored by conservation architect Vikas Dilawari, keeping in mind the sensitivity of a place of worship. Post restoration, it was bound to invite more wish-seeking worshippers. I also found it to be a peaceful abode for respite from the city’s madding crowds. Since then, I’ve visited the space on several occasions, and each time, it’s made me fall in love with its sweeping sea-facing views all over again. It is the latter part that is what we Bombaywallahs yearn for and treasure whenever we stumble upon a new vantage spot that offers endless, sweeping vistas of the sea.

But with the Coastal Road Project, we’ve lost out on reels of such stunning frames. And by the time it’s ready, we aren’t even sure how much of that will be restored; the original view, we know, will never be the same for the entire stretch that it will cover. Recently, I managed a dekko of the spectacular soft blue-hued dome of the Dargah from a distance, only to have towering equipment for the same project obstruct the view as I craned my neck outside the kaali-peeli. It remains to be seen if I want to take the flight of steps towards the Dargah. I’d rather let the old frame remain in my head.

Ours was the city where friends would make trips to, simply for the “seaside views” but now, a larger part of the original city seems to have been robbed of these fine picture-postcard views. That’s the problem with so many of our infrastructure projects—we seem to give aesthetics less importance in the overall context.

Closer home, in Mulund, thanks to the Metro line, some of my fellow residents have lost great views of the eastern stretch of SGNP, with its rolling hills, from their apartment balconies. I recall a few friends sighing over how the boast-worthy sights were literally kicked out of their windows.

I, for one, remember halting my auto rickshaw on numerous occasions to walk down the stretch on Lala Devidayal Road, just so I could soak in the vista of the iconic and sprawling Johnson & Johnson lawn in the foreground, as the familiar hillside view lorded over our suburb. Anyone who’s visited Mulund will easily acknowledge this as a memorable sight. It used to be our pride. Not anymore. Right now, it’s a miracle if you can manage to grab a micro view of the frame that I’ve described above, and it might come at the cost of being nearly run over by speeding traffic, thanks to countless barricades and barriers that block most of the traffic signals on LBS Marg that lies below this Metro line.

That’s what these two examples aim to spell out. In both cases, development has changed the character and identity of a place forever. We are not the experts to suggest the best solutions but what one is trying to reiterate here is that when such projects are in the planning stage, are such issues factors even brought to the table, or is it simply about getting the job done? Your guess is as good as mine. Social media is filled with images of the damage that continues to seep into every corner of the city where a new project is set to come up. Unplanned, mindless development is robbing the original aesthetic of the city and its suburbs. How much longer before we look like one of the countless Tier II cities across India where assembly-line streetscapes are emerging at alarming regularity. It’s high time the powers that be sit down with the experts to at least begin a dialogue on how to salvage whatever else is left among the untouched panoramas of our dear city.