Think twice before speeding up 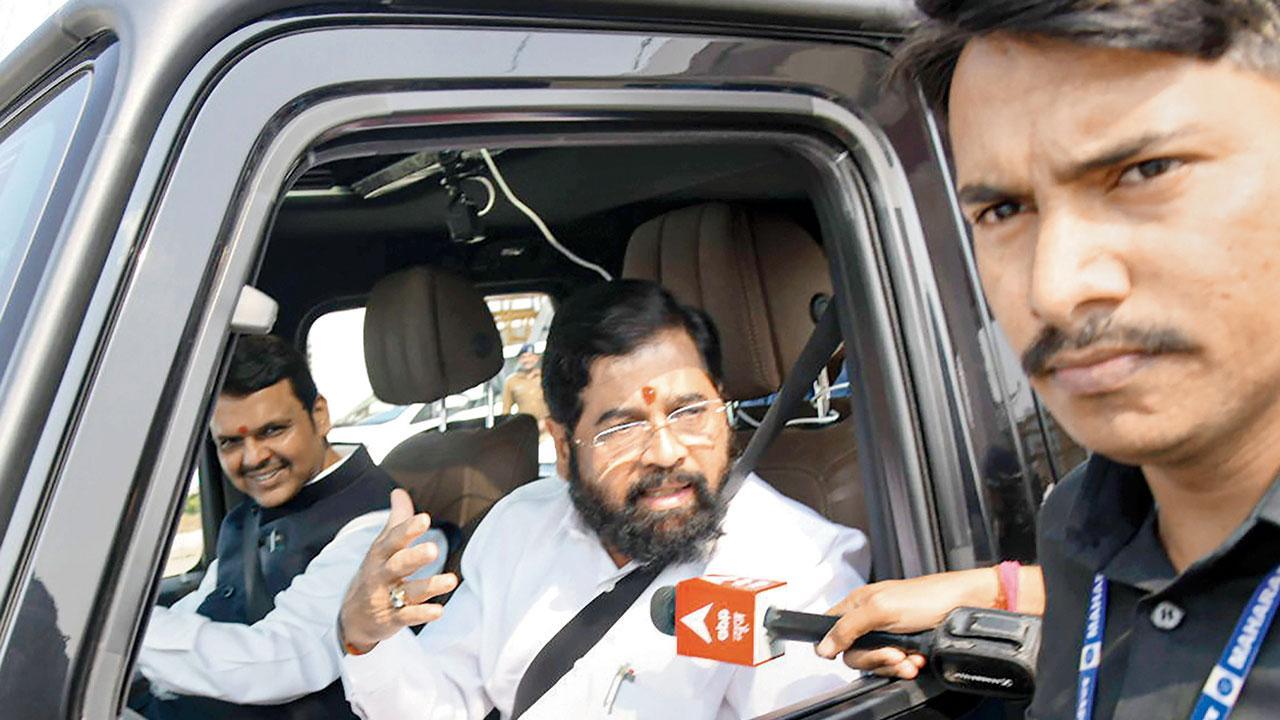 Chief Minister Eknath Shinde with his deputy Devendra Fadnavis on the Mumbai-Nagpur Samruddhi Expressway, in Nagpur, on Sunday. Pics/PTI and Twitter

The completion of a stretch of the Nagpur-Mumbai Samruddhi Super Communication Expressway between Nagpur and Shirdi will be a dream come true for Devendra Fadnavis, who conceptualised and began the road work in his tenure as the chief minister, and Eknath Shinde, the minister in-charge then and now the CM. The stretch will be dedicated to the commuters on December 11 by Prime Minister Narendra Modi, who will also launch the remaining lines of the Nagpur Metro the same day.

Both Fadnavis and Shinde together had a test drive between Nagpur and Shirdi on Sunday. They took turns at the wheel and predicted that the expressway will help the development of the hinterlands of Vidarbha and Marathwada. The 520-km stretch is a significant part of the total 701-km road. One can reach Shirdi by paying a minimum of Rs 900 in toll charges at a rate of Rs 1.73 per km. Facilities such as 18 petrol pumps and toilets have been created along the expressway. Under construction food plazas have made temporary arrangements for refreshments. With an estimated cost of Rs 49,250 crore, the expressway passes through 392 villages spread over 11 districts. The remaining stretch between Shirdi and Mumbai will be finished in the next six months. 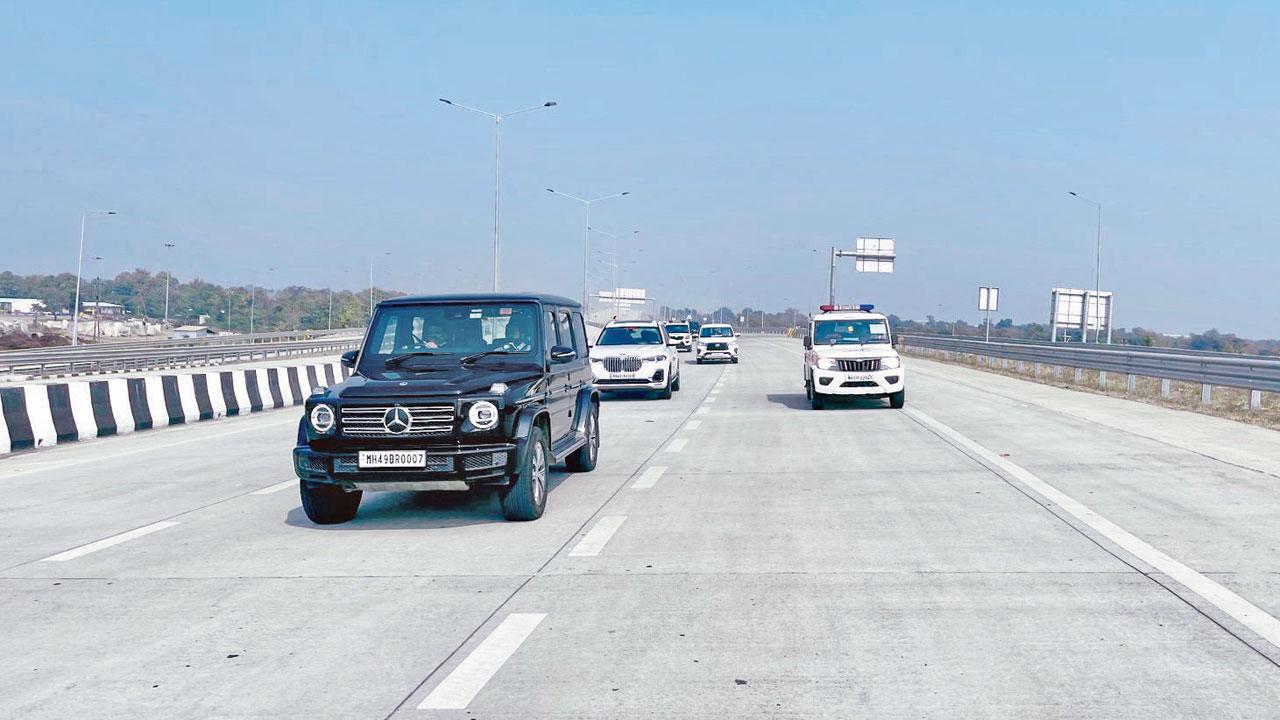 Touted as the fastest access-controlled expressway that upon completion can reduce the travel time between Nagpur and Mumbai to just eight hours (from 17-18 hours by road now), the authorities have claimed. But there lies a concern which was vivid on the test drive day and may become a cause of great headache for the highway authorities, who have not informed much about the medical facilities along the road, if needed in emergencies. The discussions and reports in the media dealt primarily with the highest speed one can attain on the road, though there is a cap of 120 km per hour for speeding.

A media person was seen reporting live without wearing a seat belt. He bragged about speeding as he narrated his exciting experience, without realising the irresponsible act. It seemed it was all about accelerating. However, the CM and Fadnavis, who drove his boss, ensured that they wore seat belts. With a series of accidents on the state’s first expressway between Mumbai and Pune and highways—some are still fresh in our memories—the authorities manning the new expressway that promises the thrills of zooming will have a tough task at hand.

The road project has political significance. Named after the Shiv Sena founder Balasaheb Thackeray by the Uddhav Thackeray government that worked from November 2019 to June 2022, before Shinde broke away from the party, gives an unlikely advantage to the current CM. Many in the BJP say that the expressway could have been named after a BJP stalwart if the BJP hadn’t faced the MVA hurdle.

Shinde, who has been involved in the project since the beginning as the minister in-charge of the promoting agency, the Maharashtra State Road Development Corporation, but did not actually control the planning when Fadnavis was the CM and even when Uddhav Thackeray headed the government. He will share the credit, though he said on Sunday that it was Fadnavis’s dream project that has come to fruition when the former CM is part of the coalition government. For Fadnavis, it has been a roller coaster ride, right from the stage of land acquisition to raising funds for it and ensuring a timely start to the work. The project will be one of the planks when the BJP-Shinde Sena combine goes to polls.

Heat up on Raj Bhavan

The opposition to Governor Bhagat Singh Koshyari has intensified over his remarks on Chhatrapati Shivaji Maharaj. While the parties in the opposition have slowed down a little bit but will definitely rake it up in the winter session of the legislature later this month, BJP Rajya Sabha MP Udayanraje Bhosale has become aggressive in his demand for replacing Koshyari. The Shinde Sena too is unhappy. Unconfirmed reports say that the state government has sent its opinion to the Centre on the issue. Sources said Koshyari had asked for relieving him on health grounds during the MVA regime. Now it is to be seen how and when the Centre acts.

Next Story : City with a (non) view