In the jungle there are no rules, the strong can claim any territory and eat the weak 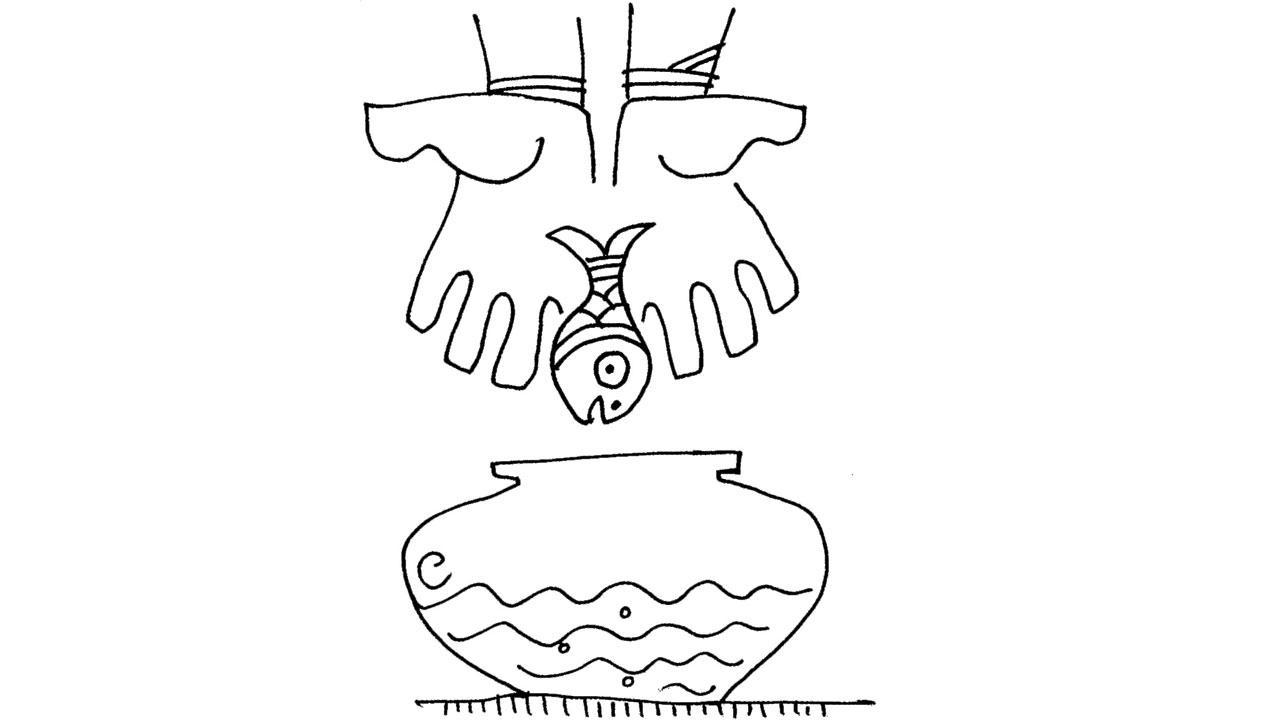 In the jungle there are no rules, the strong can claim any territory and eat the weak. Imagine a society without rules. Anybody can claim your property. Anybody can take what you have and you can do nothing about it. The whole purpose of rules is to protect the weak. That is why in ancient times the rishis created the Raja. Raja is someone who prevents arajakta, a Sanskrit word meaning a state of anarchy, lawlessness and disorder. Raja establishes rules that make people respect each other’s property. That’s dharma.

In Vishnu Purana, Manu rescues a small fish from the big fish. Later, the small fish becomes the big fish and helps Manu escape pralaya. In other words, when Manu is weak, he is protected by the strong. Same idea forms the foundation of the epic Mahabharata. In the Kurukshetra war, you have the Kauravas on one side and the Pandavas on the other. It is a dispute over property. The Pandavas are five brothers who seek property. The Kauravas are their hundred cousins, who refuse to share their property. After much discussion, it is decided to give the Pandavas the forest of Khandavprastha. It is here that the Pandavas built Indraprastha. Then, they lost this kingdom of Indraprastha in a gambling match, for a period of 14 years. At the end of the term, the Kauravas refused to return this property on technical grounds. They refuse to give even five villages for the sake of peace. They refuse to give property that is not rightfully theirs. They refuse to share anything. In other words, they claim the Pandava property.

Although they are Rajas, they create an ecosystem of arajakta. An ecosystem wherein the king can claim your property, take away your liberty and deny you what you own. It is only when negotiations fail that Krishna declares war, declaring that the Kauravas are behaving with adharma. Instead of using the rules to help the weak, they are using the rules to exploit the weak. Bhisma, Dronacharya and Karna, in aligning with the Kauravas, effectively enable the powerful to exploit the powerless. Not only are they hundred brothers, they also have eleven armies. Armies that number more than the Pandavas. The entire battle is between the strong and the weak.

Kauravas don’t protect the weak Pandavas, their orphaned cousins. Thus, they are not protected by the strong Krishna. Kauravas use rules not to establish dharma, but to enable adharma. And this cannot be tolerated in a civilised society. That is why Krishna opposes them.

Next Story : To see or not to see