Flying mountains do not lie

There are at least five stories that explain how mountains in the south came from the Himalayas, the father of all mountains 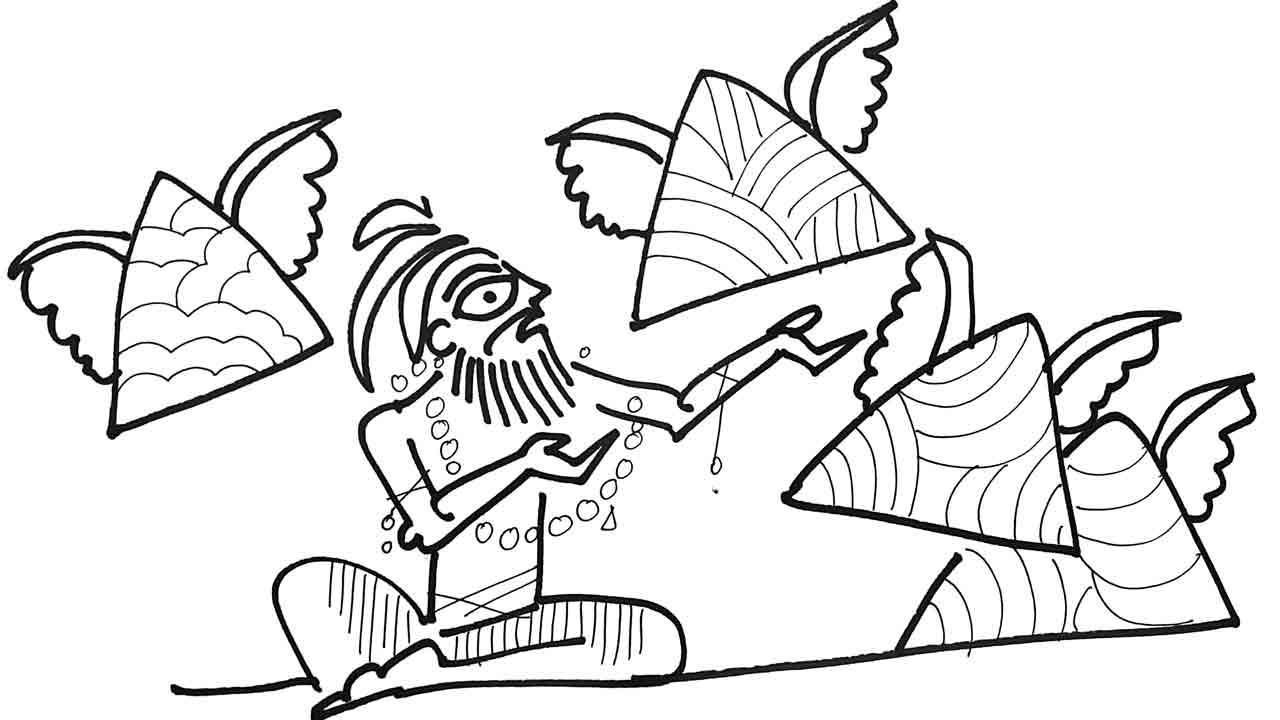 Nationalists want to believe that Hinduism existed homogeneously across the Indian subcontinent (Akhand Bharat) since time immemorial. However, everyone who studies history knows this is not true. Harappan civilisation thrived 4,000 years ago only in Northwest India. Vedic civilisation emerged 3,000 years ago only in Gangetic plains after the arrival of waves of Aryan men from Eurasia via Central Asia who married local women. Buddhism and Jainism challenged Vedic ritualism 2,500 years ago, primarily in the eastern Gangetic plains beyond river Gomti. Only about 2,000 years ago we have firm evidence of Aryan/Vedic culture moving south, beyond Deccan regions to Odisha, Andhra, Tamil Nadu, Konkan, Maharashtra, Karnataka and finally Kerala. Folklore captures this movement. There are at least five stories that explain how mountains in the south came from the Himalayas, the father of all mountains.

We are told that in ancient times, mountains and elephants had wings. They travelled around the world, troubling the sages. They would sit on branches of trees and cause havoc. So, Indra took his thunderbolt and destroyed all their wings, forcing the mountains to land on the ground. Clouds who once travelled with flying mountains come each year to meet their old friends who cannot move. This results in rain.

In the Puranas, we learn of how Shiva’s son, Kartikeya, had an argument with his father. So he moved from the Himalayas to South India. Feeling that he would miss his mountainous home abroad, his mother, Parvati, sent some mountains to the south. The rakshasa, Hidimba, was given this task. He carried the mountains on a bamboo sling over his shoulders. Even today this “Kavad” is carried by devotees of Murugan, the south Indian version of Kartikeya, atop his mountainous abode of Palani.

In the Ramayana, we are told that monkeys carried huge mountains from the north of India to the south. They did so to build the bridge to Lanka. When the bridge was built, they were asked to drop the rest of the mountains they were carrying. So, they dropped them in the middle of their flight pattern. This is how the Eastern and Western ghats came into being.

There are stories of how Lanka was actually a mountain called Trikuta, which was connected to the Vindhya mountains. There was a great conflict between the Vindhya mountains and Vayu the god of Wind. Once when Vayu was enraged, he broke one of Vindhya’s peaks and carried it to the middle of the Southern Sea where it fell down. That peak gave rise to the island of Trikutha on which the city of Lanka was built.

The most common story is of Agatsya carrying the mountains from North India to South India. When Shiva was giving his discourse on Tantra, all the sages travelled north creating an imbalance of the earth. So, Shiva asked Agatsya to go south. But since Agatsya wanted to meditate on the top of a mountain, he carried mountains with him to the south. These mountains became the various hills we find in South India He also carried rivers with him. But that is another story.

Next Story : The surgical sadness