It was believed, in the early days, a great figure, who has attained nirvana (oblivion), should not be represented in art 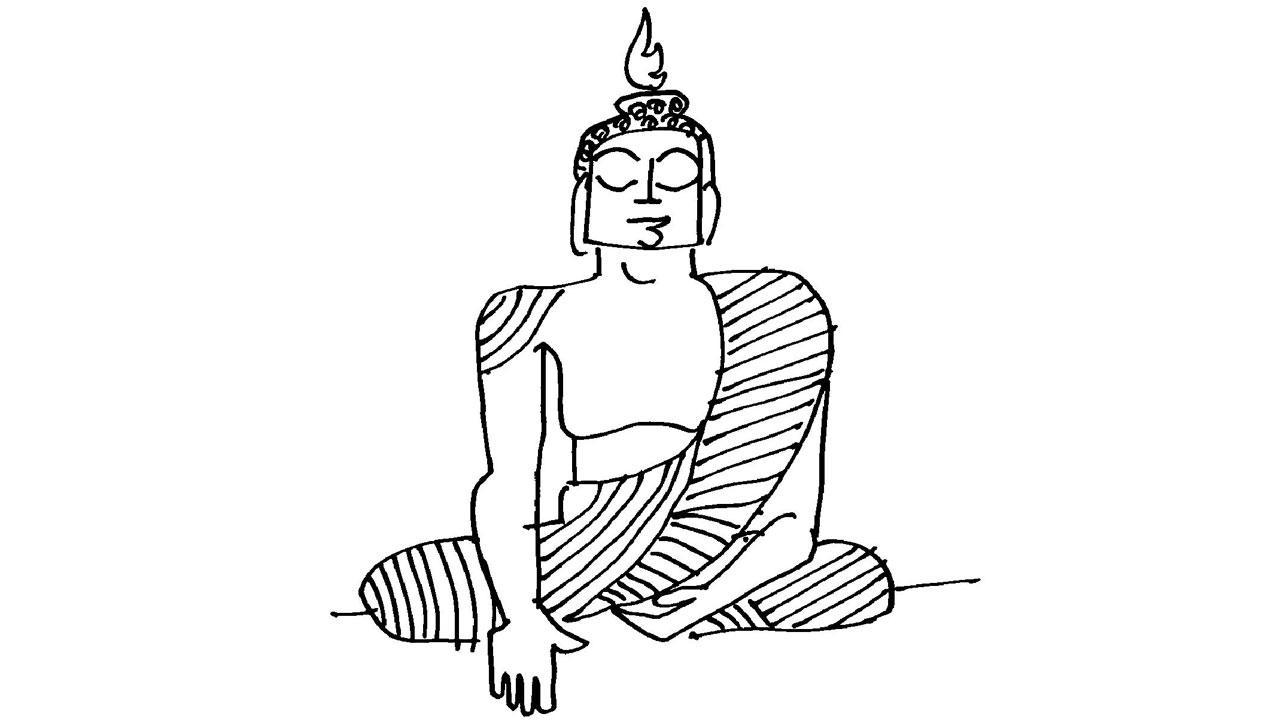 Buddhist art has a history of over 2,000 years. During this time, it goes through many phases, revealing the transformations in Buddhist thought. In the earliest Buddhist art, Buddha is not represented. In fact, his presence is indicated by his absence, using various symbols such as a turban, a tree and his footprints. It was believed, in the early days, a great figure, who has attained nirvana (oblivion), should not be represented in art. After all, he already wiped out his mortal identity by his penance.

This thought changes in the second phase of Buddhism. Here, Buddha is represented as a hermit, wearing a fabric draped around him. He is either in the seated, standing or reclining positions. Buddha now is shown as having his hair in a top knot, though as per narratives, he had shaved his head. People considered a shaved head to be inauspicious, so artisans started giving Buddha a top knot. In the South-East Asian tradition, this top knot takes the form of a flame, it is called Ushnisha. Some people believe that it is to represent his higher state of intelligence. These Buddhist images show Buddha with long ears, arms and fingers to express his superhuman nature. The hands have various gestures, like the gesture of protection, of touching the earth and of showing wisdom.

Around this time, we also find images from the Jataka tales depicting stories of Buddha’s previous lives, such as an animal or plant. These appear alongside scenes of his final life, such as his taking birth from the side of his mother, taking steps soon after birth, riding a horse out of his palace, witnessing death and decay, eating food from Sujata’s hands and giving a sermon at the Deer Grove, many events from his life and finally the scene of his death.

In the third phase, we see Buddha increasing in size, dramatically. These are found along the Silk Road. There are also images of Buddhist figures with multiple heads and multiple hands. These are the saviours or Bodhisattvas. Different kinds of Buddhas are described. Some emerge from lotus flowers, some hold a lotus in the hand, some hold a Vajra. Doorkeepers such as Vajrapani holding a thunderbolt and Padmapani holding a lotus are depicted, and yakshas and yakshis are shown adoring him. This is part of Mahayana Buddhism, where the belief is that there are many Buddhas in the universe. Focus is less on following the path of the Buddha and more on adoring him and seeking his help. This third phase becomes extremely popular in China and Japan.

In the fourth phase of Buddhist art, Buddha is holding  a bell in the hand along with a thunderbolt. He is also shown in sexual positions. Here, Buddha sometimes has a fierce visage or has a woman on his side or on his lap. He is, sometimes, even copulating. These are tantric images from the Vajrayana Buddhist schools. They thrived in the Himalayan regions, from Bhutan to Nepal, from Ladakh to Tibet. Tantra art shows multiple Budddhas in hierarchical positions. This indicates how Buddhism starts becoming part of political discourses, revealing different hierarchies. Thus, we see a great transformation on Buddhist art in its long history.