Gujarat elections: The scribe who wants to be CM 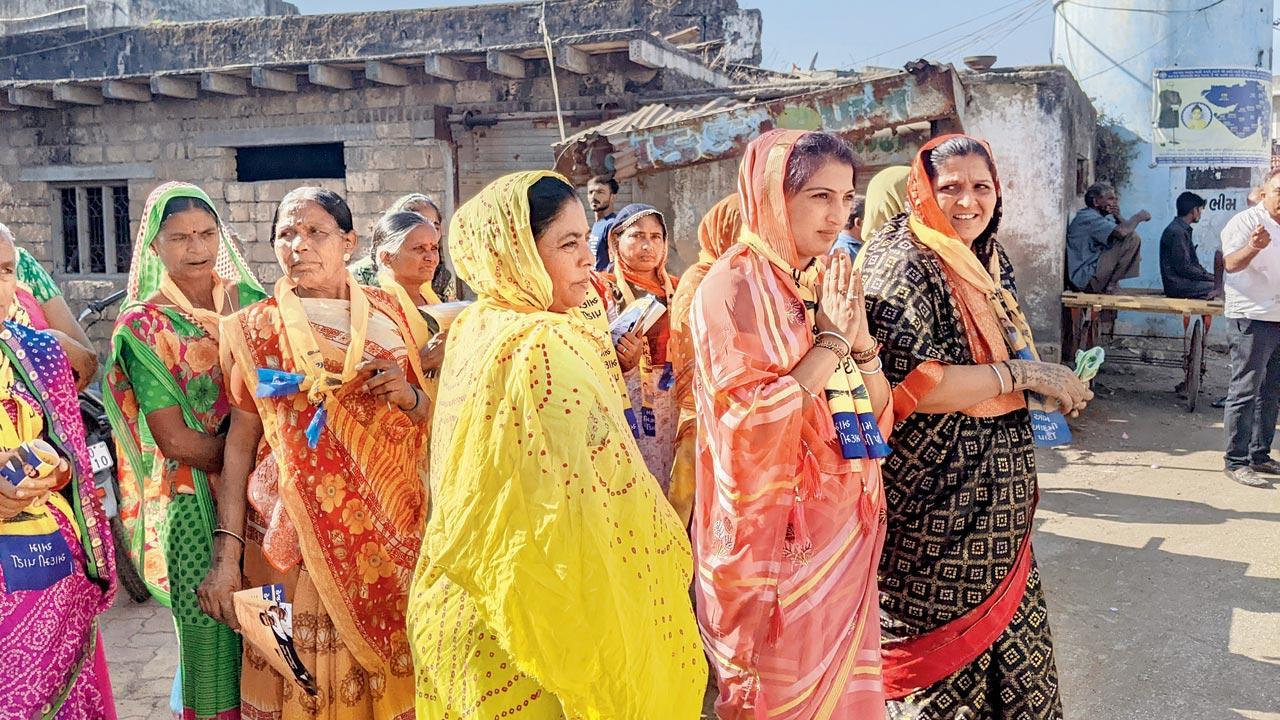 Hiral Gadhvi (in pink), the wife of the CM face of AAP Isudan Gadhvi, reaches out to the voters in Khambhalia. Pic/Dharmendra Jore;

This year’s Gujarat Assembly election has attracted a host of media persons to his ancient town Khambhalia, also known as Jamkhambhalia, says Dikhabhai Gadhvi. “Otherwise who comes here? All go straight to Dwaraka. We’re enjoying the media glare,” he says with a chuckle. He immediately refers to Isudan Gadhvi, the Aam Aadmi Party’s chief minister candidate from Khambhalia.

A former television journalist, Isudan, topped the AAP’s janata referendum result to emerge as the CM face. He has been churning the state politics like his local folks manually process milk to make a world famous pure ghee. Isudan’s supporters in Khambhalia have been living the dream since he emerged as the CM face and are making all efforts to get him elected. He faces Congress sitting MLA Vikram Madam and BJP’s former minister Mulu Ayar Bera. The AAP has put aside the caste equation in setting up Isudan in the contest despite him being from a community that has much less presence. The Congress and BJP have fielded candidates from Ahir community, which has the maximum number, and has given an MLA, either independent or from the Congress or BJP,  from among them since 1972. A non-Ahir had last won here in 1967. Of late, the Ahirs, who are into cattle farming, are dogged by a stringent law against stray cattle. The community considers itself as descendants of Lord Krishna, whose birthplace Dwaraka is not very far from Khambhalia. 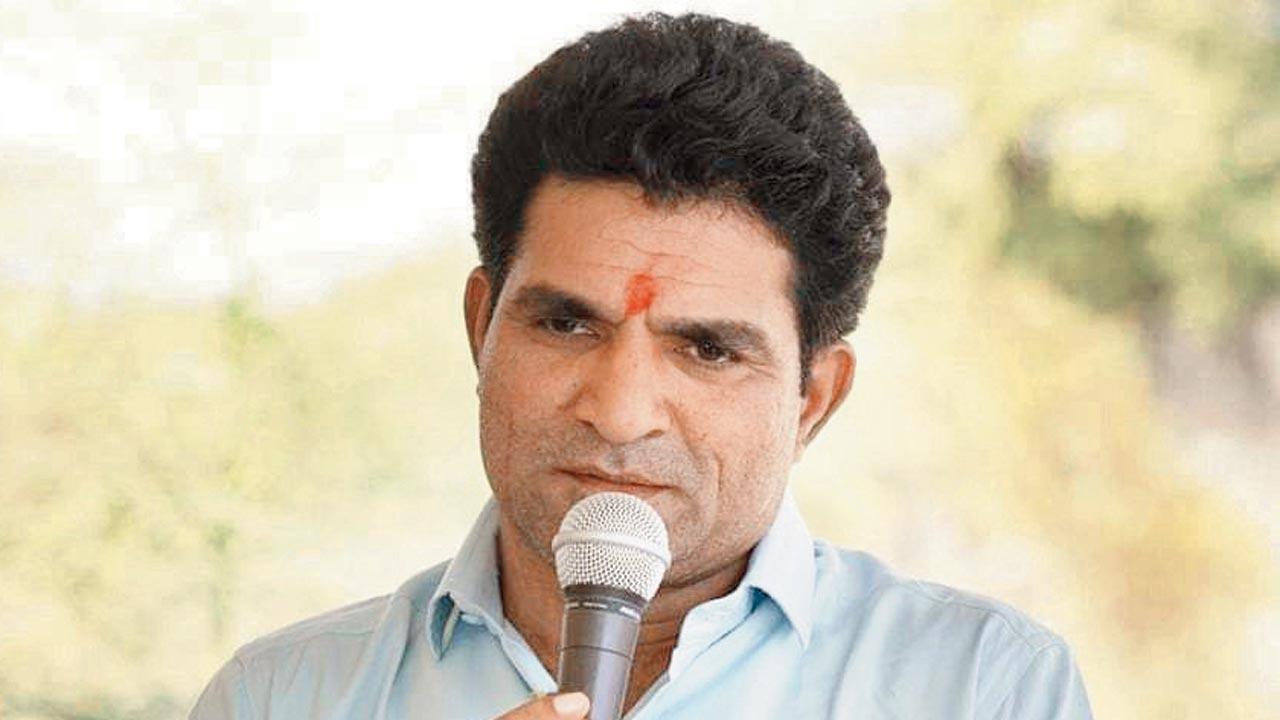 The Ahir split may help Isudan, says politically aware Dikhabhai, a school bus operator. His chums Virambhai Rabari and Aritsinh Jethva agree with the observation as they spend early morning at a tea stall near a newly built flyover.

“See the bad condition of the road down below and see the road up there which is concrete. The toll has been started even though the full road hasn’t been laid. Sab bekaar kaam hai. We need parivartan (change),” he says, announcing his support to Isudan, not because he is also a Gadhvi, but because his friends from other communities also back the AAP candidate. He says, Isudan, a native of Khambhalia, has intensified the contest as never before. 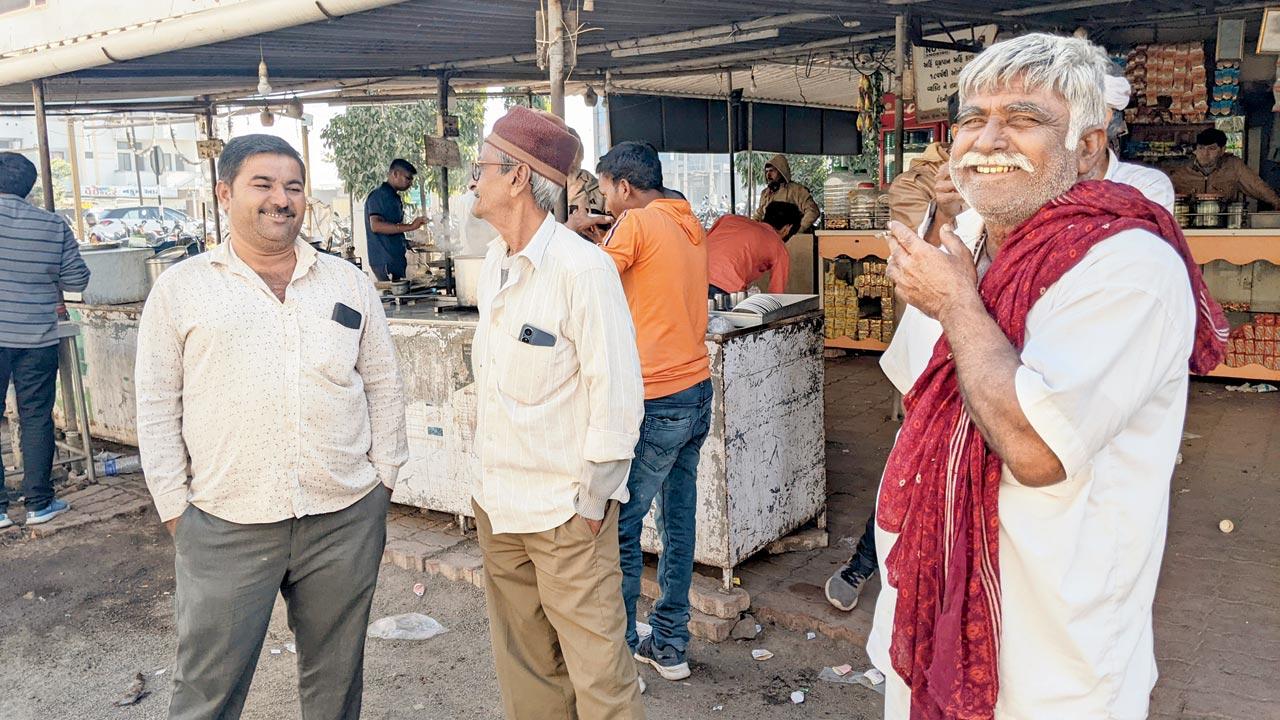 Khambhalia residents (from left) Dikhabhai Gadhvi, Virambhai Rabari and Aritsinh Jethva say they will vote for change against the Congress and the BJP.  Pics/Dharmendra Jore

In the town, Isudan's wife of 15 years, Hiral, holds the fort in her husband’s absence. Isudan must campaign for other candidates in Saurashtra and Katch, she says. On Saturday, Isudan was in Katch. After opening up with mid-day, she takes up padyatra in the town. Over a dozen women accompany her.

“It is primarily important to reach out to women who are rarely asked about the problems they face. When I meet them they share their issues with me. They say you are the only party that has reached out to us. They also say since you have come here you will help us out,” says Hiral. 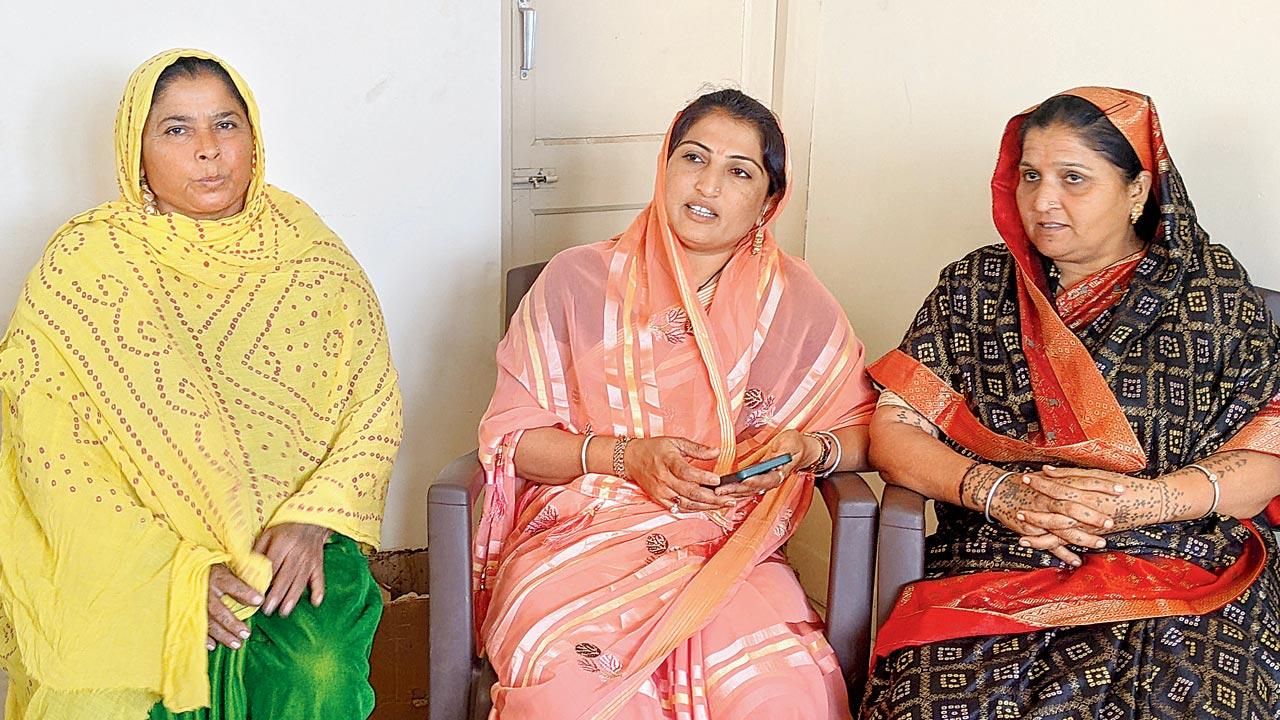 Isudan shot into limelight through his Gujarati show Maha Manthan. “He raised the people’s voice in his show, raked up issues and held the ruling party responsible. When he stopped the show, people were upset and expected him to resume,” she adds.

It was Isudan's journalistic work that turned Kejriwal in his favour. The AAP had several journalists in its rank since the India Against Corruption days, but most parted ways with the babu-turned-politician. Isudan did create ripples within the party when he was made the CM face. Another contender, Indranil Rajguru from Rajkot, quit AAP six months after joining because he expected to be Kejriwal’s choice for the top post. AAP says Rajguru shifted to the Congress again because of his hunger for power. Ultimately, Rajguru has been attacking the AAP tooth and nail and accused Kejriwal and his team of playing to the BJP’s tune.

Hiral doesn’t respond to Rajguru’s allegations directly, but seeks a nod from a veteran AAP worker before going ahead. “It’s politics and their view. What matters is the thought,” she snaps.

When we ask whether she agreed with her husband’s decision to join politics, she says, “I rejected the idea initially because I felt politics was all about mud slinging. But Arvind Bhai called him and convinced us to join hands with him.”

For AAP, it’s a signature contest which, if not won, should at least end up with a close shave for the winner. The workers are confident of a thumping win where the Congress has an incumbent MLA Madam. The Congress has been holding Khambhalia Assembly seat for the last two terms. Earlier it was with the BJP, and before that an independent from the Madam family.

BJP’s Bera accuses AAP of making false promises of perks and freebies. He said on Friday that AAP has been misleading the people of Khambhalia. “People are no fools. They know that the AAP is not going to win even four MLAs, how will they have a CM,” he said, six days ahead of polling.

Meanwhile, Congress candidate Madam is banking on the family legacy, albeit split between his party and the BJP.

2
No. of terms Congress has been winning the seat

Next Story : Kapil has a right to wonder