Hey, just bumped into Bulla, yo!

As with life’s inherent randomness, imagine Mukesh Rishi, 180 films, will be remembered for the most D-grade of them all! 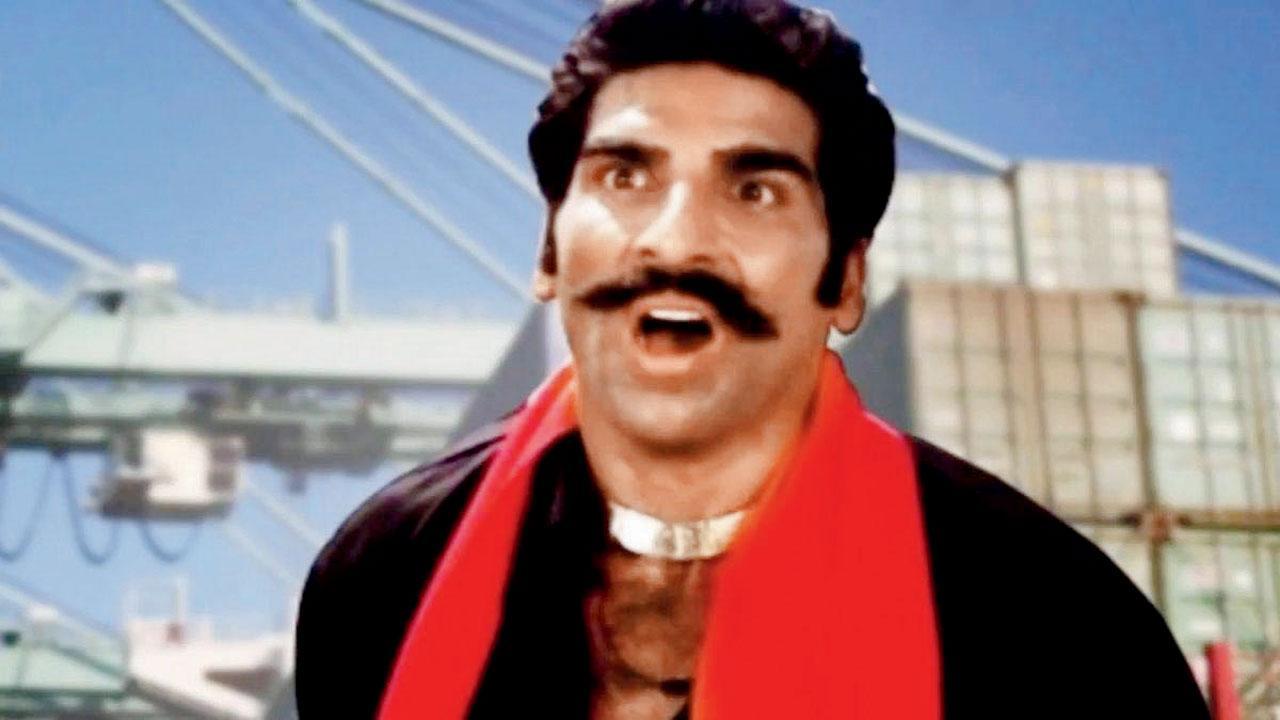 As the super-villain Bulla in Gunda

While, surely, actor Mukesh Rishi, over days, had become accustomed to the casual insanity that came with playing Bulla, the super-villain’s role—to start with, repeating his introductory line, “Mera naam hai Bulla, rakhta hoon khulla”—he was still not prepared for a dimly lit floor at the Chandivli studio for his film’s shoot once.

It was a drawing room scene, with multiple characters. Merely the faces were getting lit up. What happened to the other lights? There was no money for it! Rishi, a relatively new actor, didn’t mind this. He put his foot down only once, for a sex scene, where Bulla comes face to face with a woman in the bedroom.

The co-actor he saw on the set looked petrified, wondering how far they’ll go—more crucially, if any additional footage will get added into the scene. Rishi comforted the girl, set the boundaries, shot the scene, after which she touched his feet, relieved. Bulla, off-screen, mercifully, wasn’t demented. 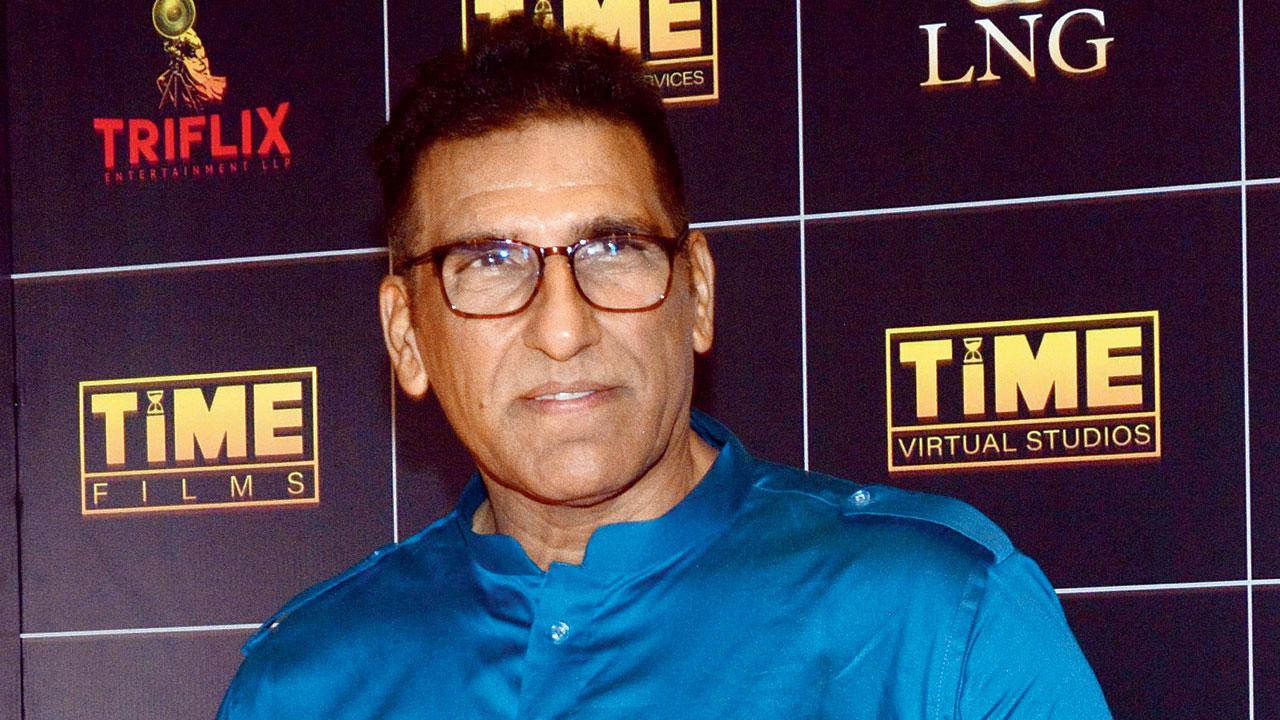 Yes that’s possible, so let me explain. As with people, greatness is often thrust upon pictures—by people, over time; sometimes regardless of quality/worth, based on timeliness, connection, novelty, who knows.

Kanti Shah’s ajeebo-gareeb Gunda (1998) is one such great film, although totally deranged, D-grade, set in the netherworld, between an air-strip and a dockyard, where rape and murder are national sports, and everyone talks in verse—often straight to the camera, identifying themselves clearly.

“Writer Bashir Babar used to write these lines on the set,” Rishi tells me. The best were for Bulla, of course. Rishi tried to look up Babar recently. He’s no more, he says.

Mithun Chakraborty, poster-boy of ’90s sasta revenge festivals, averaging eight such films a year, was the hero, of course. Mithun da, aka Prabhuji, operating from Ooty, was providing a rustic, small-town antidote to Bollywood’s sanitised, NRI cinema of the decade.

All the actors, post their shot, Rishi recalls, would simply sit around talking about other things, never once discussing the purpose of their pic, let alone its problematic nature—they were there to clock the hours, and move on. Knowing the film would play in theatres their family/friends/neighbours were unlikeliest to visit.

I also did it for the money, Rishi says. I guess all of us, more or less, work for the money. Only some are cursed or blessed with output of a day job that remains forever accessible for collective/public memory!

After marrying his Chandigarh college sweetheart, who was Fijian of Indian descent, Jammu-born Rishi had migrated to Fiji and then to New Zealand in the ’80s—where he took up modelling, and got besotted by the camera. This prompted him to land in Bombay in the early ’90s, and extend his passion towards acting.

Only that mainstream Bollywood then was much about soft, eye-candy, romantic stars. Rishi, who’s tall, with a huge built, imposing figure, felt he’d fit the traditional ‘villain’ best—a part whose screen time was on the decline in Bombay movies, but not so much in the South (Telugu cinema, in particular).

Which is where he eventually found his calling, after debuting in Hindi films as the anti-hero opposite Jackie Shroff in Priyadarshan’s Gardish (1993). Rishi was probably most loved in a warm/positive role (Inspector Salim) in Sarfarosh (1999) that Aamir Khan offered him, when they shot together for Ashutosh Gowariker’s Baazi (1995).

Shah’s grind-house Gunda was just a one-off, he says. He swore to never do such a film again, which is not so much a comment on budgets. If anything, Gunda—with multiple ‘money shots’, involving a hundred Ambassador cars, auto-rickshaws, at one go, helicopters, blasts/explosions—looks like quite a film!

No, I haven’t seen that film. Gunda, though, developed a strange life of its own, through discovery/excavation from the deepening of the Internet. But more so, from shared/LAN networks in the early 2000s, when bored kids at engineering campuses were first awestruck by a movie that could be so willfully frickin’ crappy, that it was decidedly great!

Around this time, on a flight once, actor Saif Ali Khan told Rishi about what a rage Bulla had become online. Rishi had no clue. Now you can move to Yashraj Mukhate’s Bulla Mix, binge on Gunda clips on YouTube, watch its funny reviews…. Rishi’s heard of Bulla parties abroad.

He’s done around 180 films, but is likely to be remembered as Bulla from Gunda forever. Like life itself, these things are so random, no? “Bullaah… Rakhta hoon khullaah,” Rishi groans. Couldn’t agree more.

Next Story : Learn the proper way to dispose the tricolour