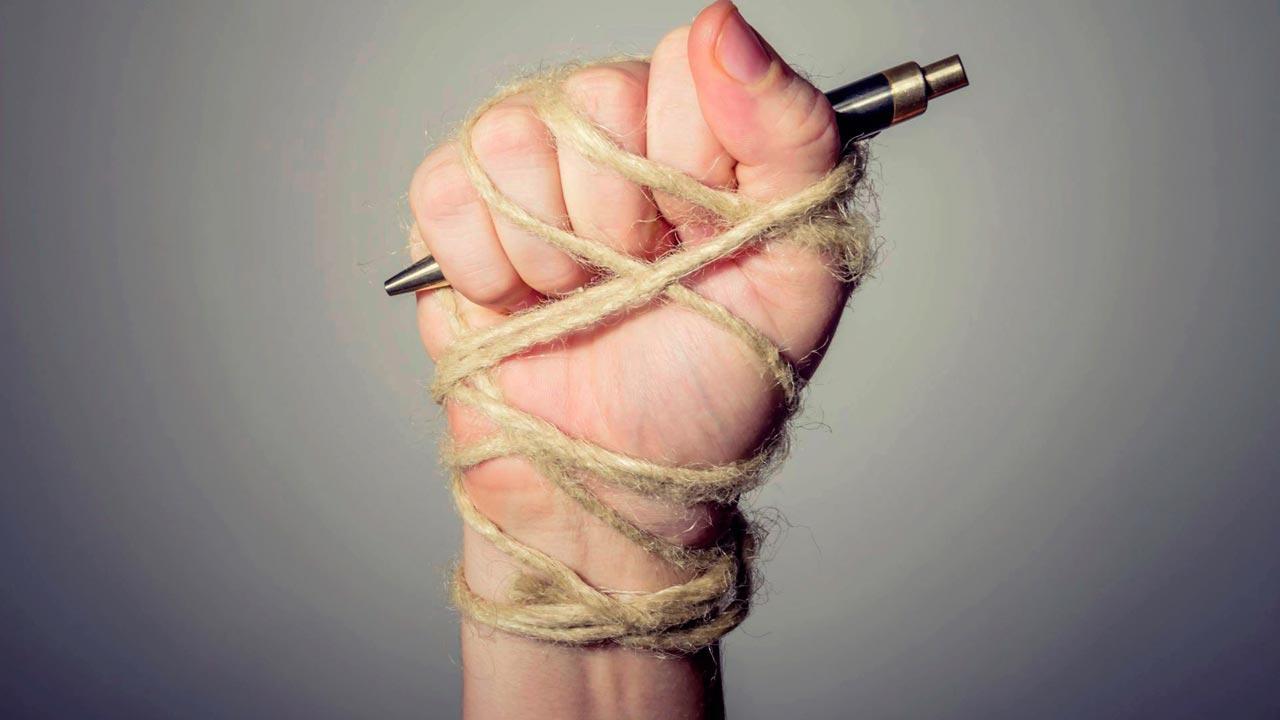 With teachers refraining from making statements on our democratic rights, so as to not hurt “sentiments”, it seems fear has seeped into classrooms. Representation pic

On a visit to Dehradun, I met a woman who teaches law at one of the many private institutes dotting the city. I wondered whether she, in a polarised India, censored herself in the classroom. At the end of our discussion, I asked: Would her faculty invite, say, activist-lawyer Sudha Bharadwaj for a lecture on human rights? No, she said. Or a human rights activist like Gautam Navlakha to speak on Kashmir? No. Kapil Sibal? “He is in the Opposition,” she said.

Since the Bharatiya Janata Party governs Uttarakhand, lawyer Harish Salve should not be a problem, I suggested. She countered, “Salve would be invited for his legal knowledge, not ideology.” How about Amnesty International’s Aakar Patel, caught in the Union government’s crosshairs? “No chance,” she responded. Her replies were remarkable for their honesty because she sees herself not as a professor but as “facilitator to alternative reality”.

Students come to college with a sense of reality largely inherited from parents. A sense schools do not teach students to question. She said her mission was to expose them to the multiple realities comprising India, to skill them into distinguishing between prejudices and “evidence-based reality”. She cited examples of how she would teach different topics, of which I choose one here—the laws some states have enacted against religious conversion.

She said she would lecture on the laws framed in the past against apostasy and compare those with the new legislations, the Constitutional provision on the right to propagate one’s religion, the idea of secularism…. “But I would not tell them which party is saying what—and why. If students ask for my opinion, I would say I am too young to have one,” she said.

It would seem fear has seeped into classrooms.

Blame it on the mobile, she said, for sentences taken out of a lecture and posted out of context on social media could create a furore. Wary of displeasing the government, a private institution would sack a teacher accused of hurting public sentiment.

Next, I approached a sociologist, for whom the fraught socio-political ambience implies responding creatively to the sensitivity of students. For instance, diving deep into history to explain why certain social groups eat beef. His students in another university, where he had taught before coming to Dehradun, would frown seeing him tuck into chicken burgers on Navratri. He explained to them that the rules of Vaishnavism were different from those of Shaktism, and advised them to visit a Bengali colony on Durga Puja. Surprised to see Bengalis gorge on mutton delicacies, they realised that Hindus were not culturally homogeneous.

Would it have been imprudent of him to justify his dietary choice as a democratic right?

The sociologist’s students justified their jubilation at the reading down of Article 370, in 2019, because the Kashmiris never “identified with us.” He responded, “What is this us and them?” He told them to go to Kashmir to fathom the process of othering. Five of them did. They returned a week later to express their horror at the ubiquitous presence of security forces there, found Kashmiris hospitable, and realised that the media narrative on the valley was tendentious. The sociologist, however, admitted, “Compared to the past, there is now a greater political negativity in classrooms. Students are reluctant to listen to the views they oppose.”

I turned to a young lecturer of media studies in a public university, which is socially more diverse than private institutes because of reservation. How would she teach caste discrimination, or the meaning of Brahminical Hinduism? Before every class, she asks students whether they think caste discrimination exists. Different views are expressed, inevitably sensitising the classroom to listening to ideas some may find grating. She remembered a fiery debate on whether reservation should have been extended to the Economically Weaker Sections. “But largely, students are very conscious of not hurting their mates,” she said. Some relief, that.

In a spiffy café, I met a group of educationists. Railing against social media, a historian said students cite dubious sources from the internet to contradict him during lectures. Once he was asked what he thought of “that Asmani Kitab”. The historian admonished, “Why that term? Why can’t you say the Quran?” He and others cribbed about schools not skilling students to question narratives emanating from myriad sources.

A young school teacher said that during a discussion on demonetisation, he cited Reserve Bank of India figures to counter some senior students who insisted “Modiji” had successfully tackled the menace of black money. Following this, it was whispered in Doon that the school was opposed to the BJP. An educationist spoke of the pressure on schools to show students Modi’s Pariksha Pe Charcha programme. Data is demanded on caste, religious and gender composition of students. “The same government refuses to conduct the census,” he said.

I asked them whether any of the private universities here would invite historian Ramachandra Guha, who did his schooling in Dehradun, to lecture on, say, democracy. “No way,” they said, for universities would fear offending the government.