They litter the dialogue sans inventiveness or verve, gratingly cutesy and condescending to the characters. 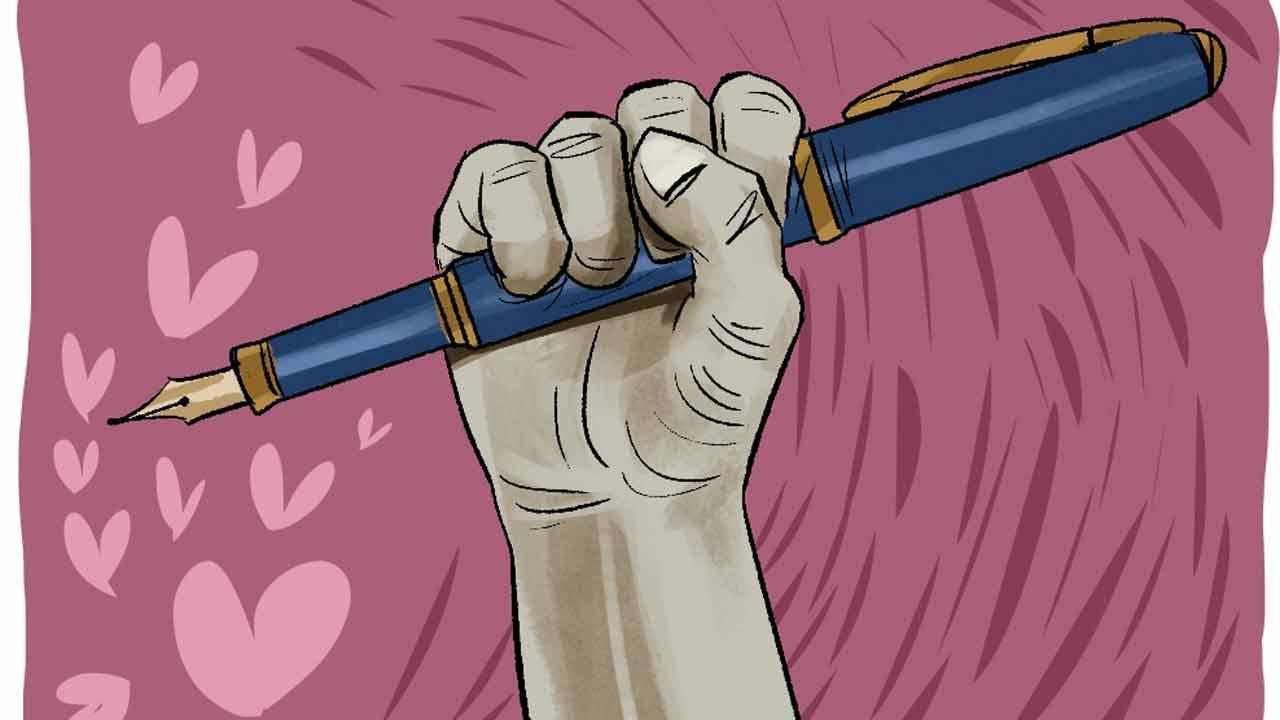 The phrase Kill Your Darlings is advice for writers to ditch what does not belong in a story, even if you’re attached to your creations.

Is this a reference in the title of the film Darlings (spoilers ahead), about a woman considering killing her violent husband though she has given all to her abusive marriage? If so, the clever thoughtfulness sadly  does not carry through. The woman does not kill her husband (he dies conveniently). The filmmakers also do not kill their “darlings”, yaniki the rampantly pluralised English words (darling for darlings, respects for respect). They litter the dialogue sans inventiveness or verve, gratingly cutesy and condescending to the characters. Balancing the emotional and the comical takes a fine hand. Is this refinement missing from the film only because of artistic limitations? Well.

Darlings is the latest in a series of ‘woman centric’ films, like Thappad or Pink, whose focus is violence, sexual or domestic. Often they are what I would call faux fiction—pre-digested, NGO-fied, gender and sexuality 101 templates dressed up as fiction, but lacking its imaginative force. Individual characters function more to illustrate theories about gender than illuminate how the strand of gender functions with the multiple strands of our lives. It’s as if to justify screen time and space, women characters must suffer, rather than exist with an emotional expanse.

Darlings tries to avoid this by treating the sombre topic of domestic violence as a black comedy. This could have made it a potent film, where the unreasonableness of violence was mirrored by the illogic of farce. Unfortunately, we connect to the film most when Hamza, the abuser is on screen—the hovering menace excellently rendered makes us tense—or when the cops appear, their absurdity making us laugh. When it comes to the women though, we are involved more in theory than in experience. Their tracks careen from tragedy to comedy mechanically and their portrayal starts to feel childish. We laugh at points, but it is directionless laughter—what are we laughing at and what is the satisfaction this laughter offers? If the film does not unify us with the core characters of the film, it prompts the question: is it enough simply to put women at the centre?

The resolution of Darlings is deflatingly moralistic. Alia’s thesis dialogue is, “I wanted respects. I don’t want to kill him and be like him.” How keen the film is to be a good girl seeking the reward of woke brownie points. How respectable and constrained is this feminist-ishness, which dare not implicate itself in an imagination of justice. I think instead of films like Beta or Damini where the sensory identification with women protagonists, their rage, disillusionment and demand for justice is so strong to the end; the abstract drama The Strange Silence of Christine M, the satisfyingly wicked She Devil, the edgy I Shot Andy Warhol, where women protagonists wreak vengeance because sexism ravages them. None of these films is politically perfect. But their political impact lies in their emotional potency, the audacious visceral flight of imagination drawn from the burning desires of women, thus offering us the audience catharsis and imaginative energy for our own lives. Portrayals of women are so limited, we are often grateful for what we get. But darlings, we deserve more. Azadi is un-limited na.