This may be the reason why in later Hindu traditions Mandhata was linked to Shiva and we find Shiva temples linked to him in Madhya Pradesh and Odisha, regions also linked with 64 yogini shrines 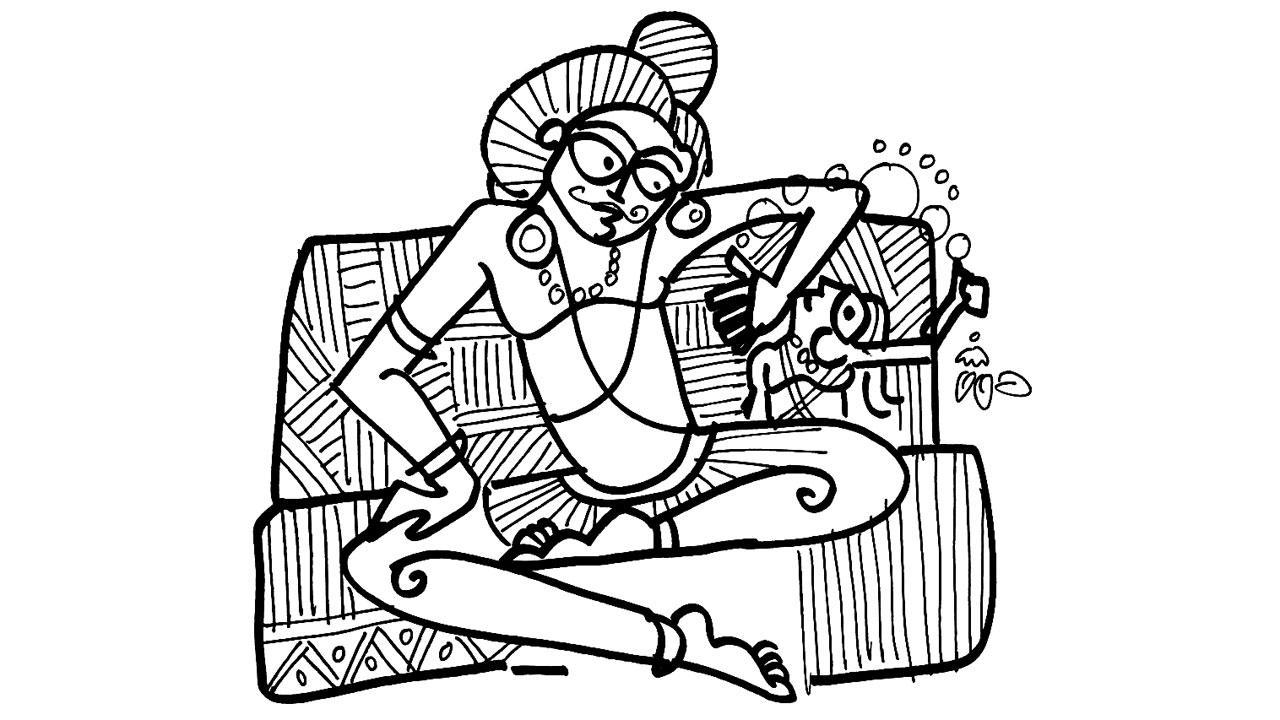 In folklore, Age of Mandhata refers to an ancient time, even before Krishna and Ram lived on earth. As per the Mahabharata, Mandhata was the son of Ram’s ancestor, Yuvanashva. Yuvanashva wanted a child. But he consumed the magic potion that was meant to make his wife pregnant. As a result, it was he who became pregnant. He then delivered a son. The Ashwini twins drew him out of his father’s body. When he cried for milk, Indra cut his thumb. Milk oozed out and Mandhata suckled on it. To remind us of this incident, gods decreed that all children will suckle their thumbs.

Mandhata was thus a man-child born of a man with men serving as the delivery nurse and wet nurse. This story is meant to show Mandhata as an extraordinary hyper masculine being, much valued in Tantrik tradition. This may be the reason why in later Hindu traditions Mandhata was linked to Shiva and we find Shiva temples linked to him in Madhya Pradesh and Odisha, regions also linked with 64 yogini shrines.

In Buddhist literature, Mandhata is a great king. He was so majestic that other kings in the neighbourhood would approach him and ask him voluntarily to become the ruler of their lands. Thus, he became the ruler of a vast empire. More and more kings approached him and handed over their kingdom. Eventually, he became lord of all lands in the four directions. His glory reached a point where even Indra in the highest heavens invited him to share half of heaven and rule it. Mandhata was very pleased. But after a while, Mandhata wondered why Indra had not given him all of heaven to rule. Why only half?

Surely he was worthy of being king of heaven? As soon as this thought occurred to Mandhata, he fell down from heaven as an old and decrepit man. He died on earth after coming to the realisation that fortune received voluntarily is great, but fortune born of greed deserves a fall from grace. As long as Mandhata was someone who liked to serve people, prosperity came to him. The moment he became entitled, prosperity abandoned him.

Mandhata’s story is carved on the walls of stupas which are found in Amravati, in the Godavari delta region of Andhra Pradesh. Mandhata is also riding a chariot and an elephant in the Bhaja caves, on the western coast of India near Mumbai. The Bhaja carvings are sometimes mistaken for the images of Surya and Indra. These carvings are over 2,000 years old. They belong to the Satavahana period and are found at two ends of the cotton trade route that connected eastern coast of India with western coast of India. This trade route ran parallel to the Narmada river. On this river is an island even now known as Mandhata and is a popular pilgrim spot, full of Hindu and Jain temples.

The story of Mandhata was very popular amongst merchants and kings as it was a tale of power. The strange story of his birth indicated a being untouched by women, i.e., material and sensory pleasures.

Next Story : ‘Return us to you, renew our days…’