It is good to hear that the service has taken cognisance of the complaints. Now warnings have already been issued, so this is a pointer that merit has been found in these complaints 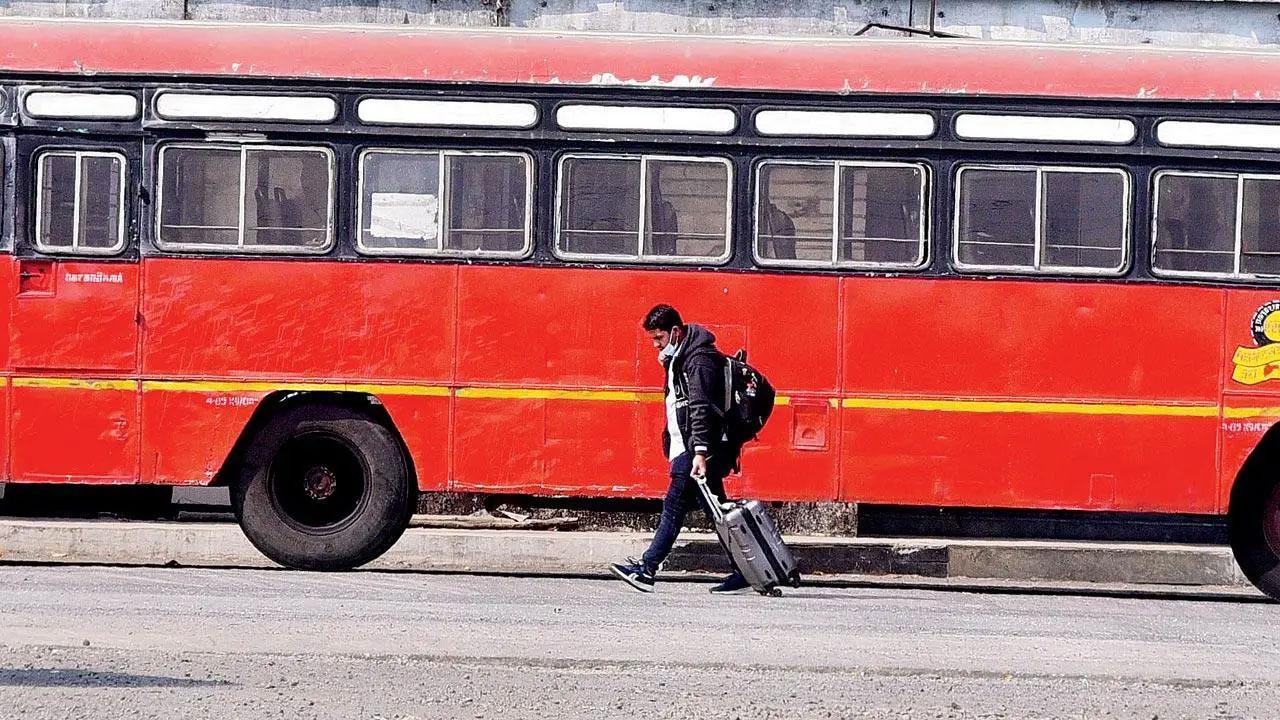 An MSRTC bus at its Kurla depot. File pic


The Maharashtra State Road Transport Corporation (MSRTC), which has one of the biggest public transport bus fleets in India, has begun a crackdown on its bus drivers amid rising complaints from passengers about bus stop skips. The transport body has warned drivers, who do not halt buses at designated stops and use flyovers, of action.

One commuter in a report in this paper stated that buses simply move on, skipping mid-way stops. Another passenger claimed that drivers take the flyovers, avoiding the stops underneath the flyover.

It is good to hear that the service has taken cognisance of the complaints. Now warnings have already been issued, so this is a pointer that merit has been found in these complaints. The authorities may be sending out a signal to drivers that they are apprised of what is happening, and that drivers better mend their ways or will see action. The notification is only the beginning. Errant drivers will be penalised, said the authorities.

This is the pattern with which authorities must respond to commuter complaints, no matter what transport arm. Instead of ignoring complaints or burying them in paperwork, take cognisance by quick surveys or inspections to examine merit. Then, if claims are true, swing into action. This also sends an adherence-to-rules-is-non-negotiable message to others serving the public.

Driving past stops is first and foremost, illegal. It is also dangerous. Those waiting at stops expect the bus to stop so they rush towards it. Frantic passengers want it to stop so they try every means, endangering their lives and those of others. We also see buses halting a little away from stops, though that may be because the road is crowded or there are obstructions.

We need copycat responses in certain situations and the will to investigate repeated complaints.

Next Story : A simpler and kinder Internet