Must fix issues on Borivli flyover at the earliest

The BMC has received criticism from users, particularly two-wheeler riders, within a week of its launch 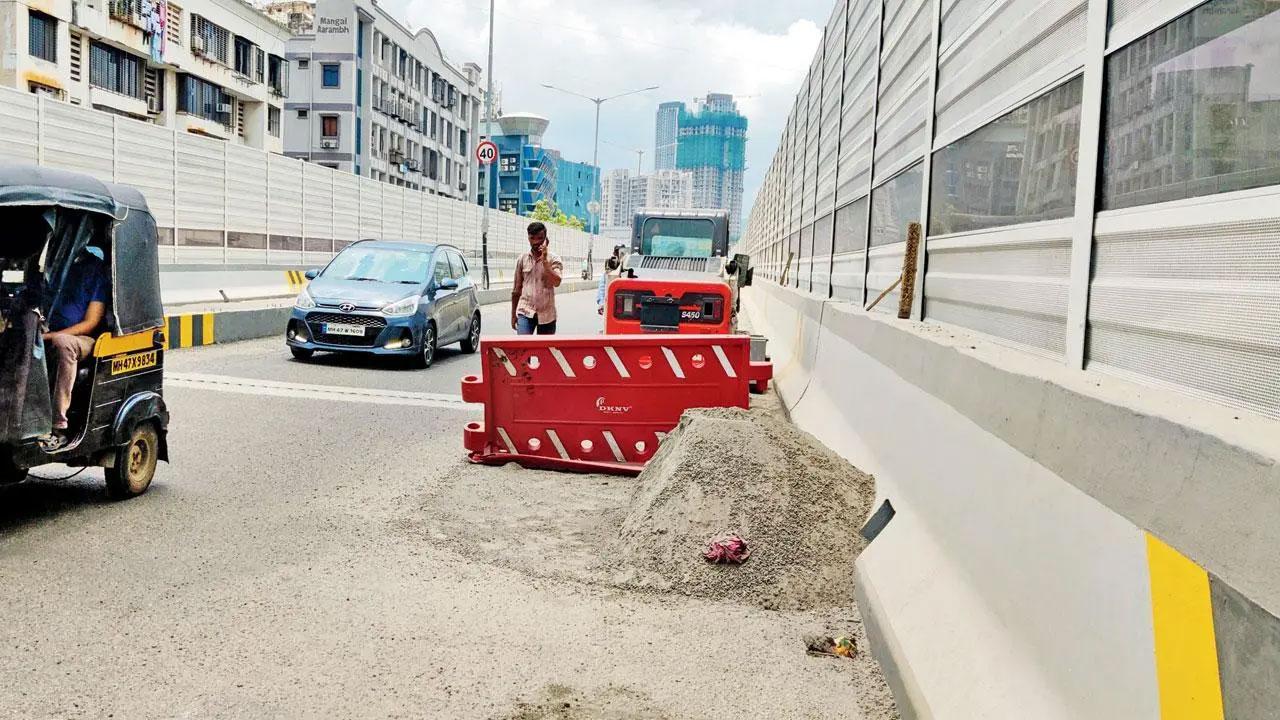 Workers of the BMC’s contractor remove grit from the flyover at Kora Kendra, Borivli. Pic/Nimesh Dave


First it was the steep slope, and now it is the grit meant to improve friction and the rumble strips on the Borivli Kora Kendra flyover that is making the newly inaugurated bridge accident-prone, according to commuters, a report in this paper said. The BMC has received criticism from users, particularly two-wheeler riders, within a week of its launch.

The grit has loosened since it has been washed away in the rain and made the surface uneven. This, some say, has turned the flyover in an accident-prone zone.

In response to these fears, authorities said that they are taking “precautionary measures” in lieu of this. We must stress though that these measures, if needed, must be taken up without delay. One cannot be thinking about them, then wait for the file or papers, whatever is needed to greenlight this, and then begin work. The clock is already ticking and if this needs to be done then one must start now.

Weigh on merit complaints about ongoing work on a supposed safety wall too. This wall is short and now barriers are being installed on it. While one welcomes that additional measures are being taken for safety, it is vital that vehicle drivers negotiate these stretches safely and without any confusion while work is ongoing. Vehicle drivers will also have to cut their speed and stay within limits, for their own sake too.

Lastly, there are rumble strips towards the end of the bridge that some say are dangerous for two-wheelers. The aim is to cut down speed, but one expert said they have to be placed ahead. It is evident there is some discontent and experts and authorities should simply look into it and then swing into action. Arguments, delays, back ‘n’ forth and passing the back may lead to problems and tragedies in this challenging monsoon season.

Next Story : Viewing Maharashtra crisis via a movie!