What if a fictional character literally develops a life of his own? Would you hang with ’50s onscreen KN Singh! 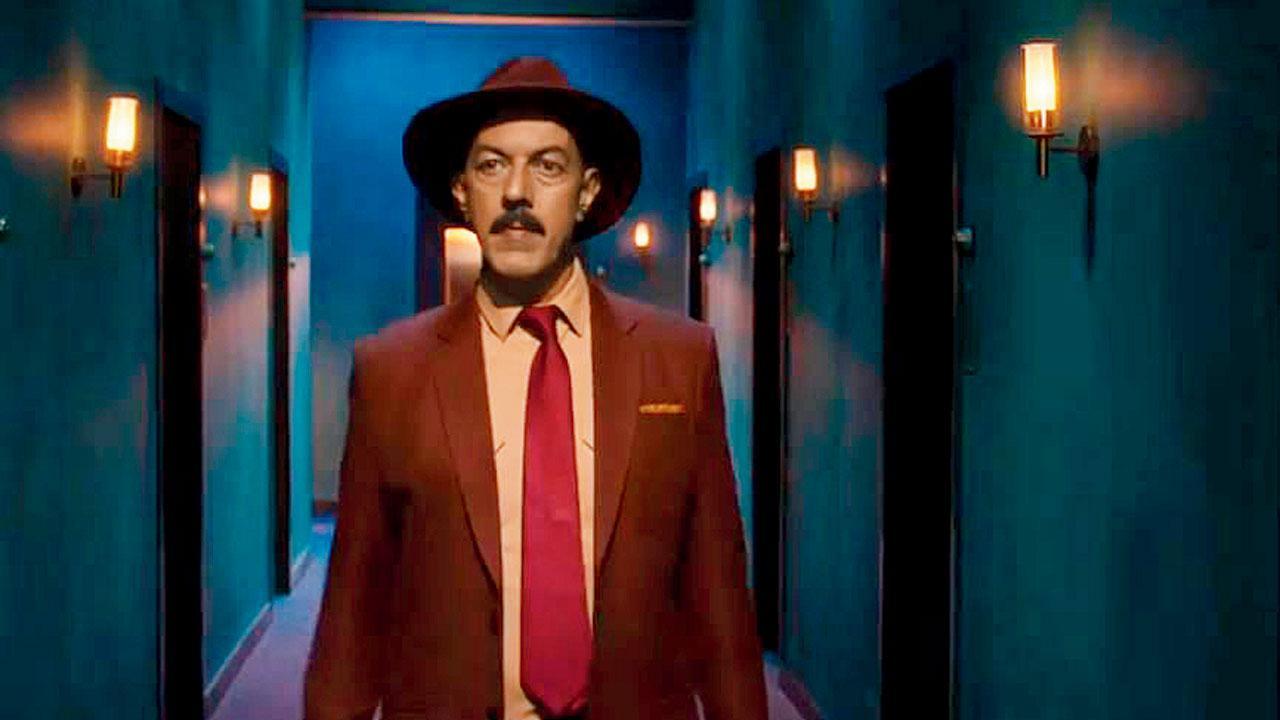 A still from the movie RK/RKay

Think the most absurd question the cartoonist Pran (1938-2014) was ever asked was by me. When I was little, I went up to the creator of Chacha Chaudhary, wondering why, over all the years, Chacha had remained the same age. Didn’t occur to me instead to check how Sabu came from Jupiter!

Quite amused, seeing me off at the door, Pran recalled the question to his wife who, from what I remember, looked a lot like Chacha Chaudhary’s own wife in Pran’s comic strip.

Do characters from books or films often merge in your heads as they do in mine on occasion—a reason I maintain a log of every movie/series I’ve watched; sometimes to separate reality from fiction (did I hear that in a film, or an actual person said it?)? Do you also see characters from one book/film as an extension of another?

Since I read Albert Camus’s The Outsider and JD Salinger’s The Catcher in the Rye, it’s hard not to see their lead characters—oldish man Meursault, young boy Holden Caulfield—as simply the same existentialist person.

Another matter is that, like the maiden LSD trip does to some, you can’t remain the same person anymore, once you’ve met Meursault and Caulfield on the pages, especially at teenage. Which character from fiction would you like to have over for dinner? Surely you’ve been asked this slam-book question before. What if they literally developed a life of their own?

That’s the conflict central to Rajat Kapoor’s film RK/RKay. Wherein RK is Rajat, the controlled actor, playing a writer-director, going through the usual anxieties of a director’s job. RKay refers to Rajat, playing a character in a film, within this film. This sounds only as confusingly meta/self-referential as Vikramaditya Motwane’s thriller AK vs AK, with director Anurag Kashyap and actor Anil Kapoor in and as on screen avatars.

Only that RK/RKay is way subtly funnier (haven’t laughed as hard in long)—peeping into the world of filmmaking itself. The posters in the editing room are of La Dolce Vita (the Fellini masterpiece set in showbiz) and The Invisible Man—pointing you to what the movie is about.

The characters, from the efficient assistant director (Chandrachoor Rai), to the real-estate developer doubling up as film producer (Manu Rishi Chadha), are all too contemporary. Only the film getting made, it appears, is from decades ago. Guessing this from the deliberately hammy, stylised actors on screen, within the screen—in particular Mallika Sherawat, the heroine, besides the bottle of Vat 69.

But more so the villain named KN Singh (spunky Ranvir Shorey), which is obviously an ode to the ultra-sophisticate, menacing Hindi film anti-hero, who frightened an entire generation through the 1950s/’60s.

Between Rajat, the filmmaker, directing Rajat on screen, who in turn directs Rajat, the actor, in the film within the film, there is obviously the actual, Delhi-born, FTII grad Rajat Kapoor himself—in many ways Versova’s very own Woody Allen, the slightly stone-faced, oddball actor-auteur, who’s scripted a career of consistently simple, smart, low-budget, alternate cinema, over almost two decades, right in the heart of Bollywood. How?

Rajat’s first theatrical release, Raghu Romeo (2003), similarly a film where life and fantasies merge, was India’s first crowd-funded movie, much before that was even a term—thousands of people received an email for help/support; money was in, movie got made. Likewise, RK/RKay has about 800 ‘producers’! I’ll gladly send over a small cheque for his next.

In his world-building—whether about swinging couples, Mixed Doubles (2006), or his underrated last, Kadakh (2019), a situational comedy/thriller set inside a house—Rajat seldom disappoints. His Ankhon Dekhi (2013) remains one of the greatest films of the past decade.

It will find even greater love as time goes by; which isn’t the same as a character in RK/RKay puts it, “Independent cinema ke naam pe log buri film dekh lete hain (Some peeps will forgive anything, so long as it’s indie!)”

In terms of believability, RK/RKay is the opposite of Ankhon Dekhi, which was about how you must believe only what you see. Yet, isn’t metaverse supposed to make the straddling between reality and fiction possible?

The film also kinda touches on what great fiction writers have expressed—sometimes, in the writing process, the characters simply take over the pen/keyboard, to drive their own destinies.

With films, of course, those characters inhabit actual bodies and faces, going through events and emotions. Audiences are more willing to surrender their personal imagination. They’ve forever loved actors, for their parts—assuming they’re one and the same thing. God knows movie stars have benefited most from these collective fantasies.

The opposite is also true—probably why it takes precious courage to play deeply unlikeable parts; putting your false self out there on screen, like that!

Before a preview screening of RK/RKay (the film releases on July 22), I was telling Rajat about how I wanted to chat with him at some point about his icky, creepy paedophile’s role, Tej Puri, father-figure to Lalit Verma, in Monsoon Wedding. “Eh,” he casually shrugged.

Next Story : Don’t give in to blackmailers, approach cops