It had simply been outsourced to poor labourers. Vedic scriptures are, however, not so blind. 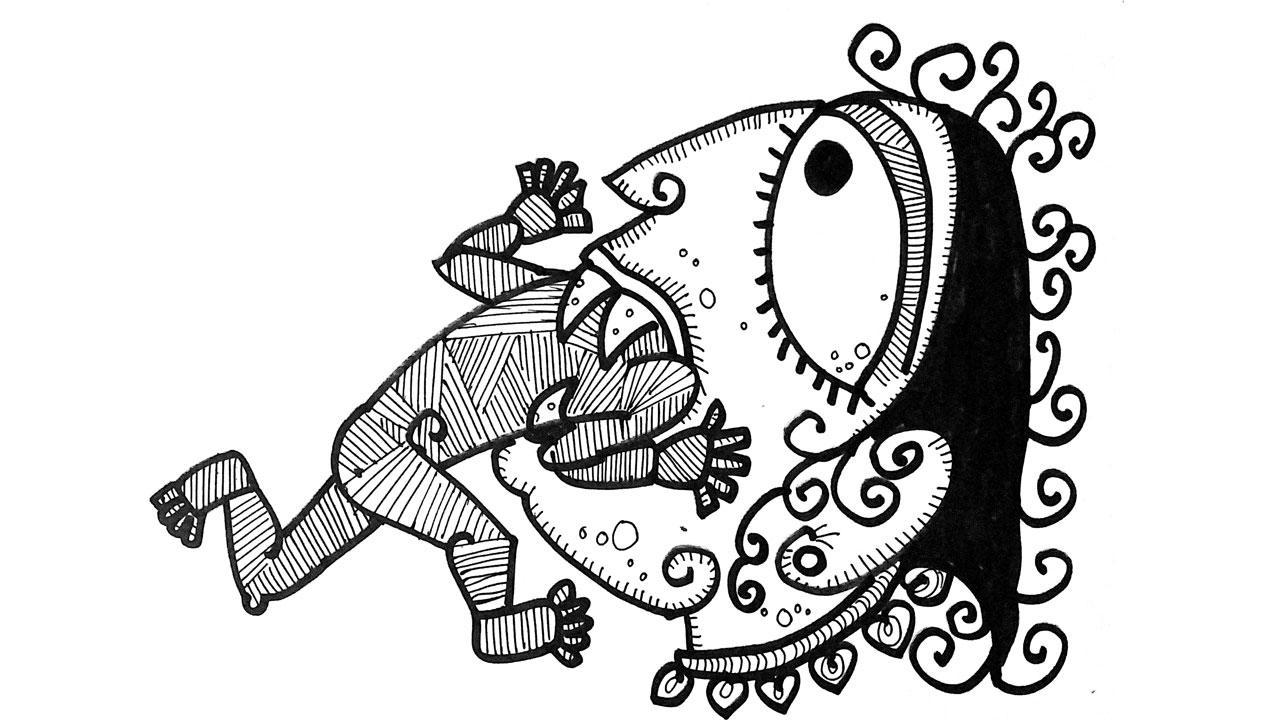 In Veda, himsa, or violence, is seen as an essential part of life. Life needs food. Food demands violence. The food chain is made of predators and prey. Web of life is made of killers who are eaters. Human culture is built on violence. Orchards, gardens, fields and industries consume nature.

Humans can empathise with the pain of creatures they kill to get their food. Hence, humans speculate on whether it is possible to survive without killing. This is why Ajivika and Jain monks valorised death by starvation.

A story from the Brahmana literature captures the relationship between violence and food. Bhrigu, the son of Varuna, in his dream, saw humans eating humans. The humans being eaten were sometimes screaming like animals, and, sometimes, silent. He asked his father for an explanation.

Bhrigu’s father explained that the humans being eaten are those who consumed plants and animals in their life to sustain themselves. In the next life, the plants they eat are consuming them, the animals they eat consume them. The sounds they make are the sounds made by plants and animals when they are killed. Since animals make different sounds while dying, the humans being consumed by those animals are making animal-like sounds. Since plants do not make sounds when being consumed, the humans being eaten by plants are screaming silently.

Bhrigu wondered how he can escape this fate. His father said the only way to do it is through the ritual of yagna. Thus, a ritual of escape is found for humans. Now, this sounds esoteric, until you realise that a yagya is simply the act by which you feed others (naivedya, in Sanskrit), then eat the leftover food (ucchista) or ask others to feed you (prasad). Thus, you take away the burden of killing from the feeder. By focusing on other people’s hunger and by killing for the other, you can minimise the violence or become aware of the violence involved in the act of consumption and survival. Feeding the other was the Vedic solution to violence. In the Vedic scheme, himsa is killing to feed the self, while ahimsa killing to feed others.

When others feed us we fall into debt. We have to feed those who feed us. Else we are trapped in the wheel of rebirth. Moksha happens when we repay debt; feed those who fed us. To feed others, we have to also indulge in violence and generate food. Thus, the violence committed by others to feed us is negated by violence we commit to feed others.

But, today when we talk about ahimsa, we miss these primal foundations of violence. We protest the eating of lamb and chicken but have no problem killing rats in sewers. We support PETA wearing silk saris created by boiling silkworms alive. We use wood not realising they are the dead bodies of trees.

Next Story : No man no cry