The wisdom of Brahmin’s Coffee Bar

How many choices do we really need to get on with life? Is there a golden number, or are we cursed to drown in a sea of endless options? 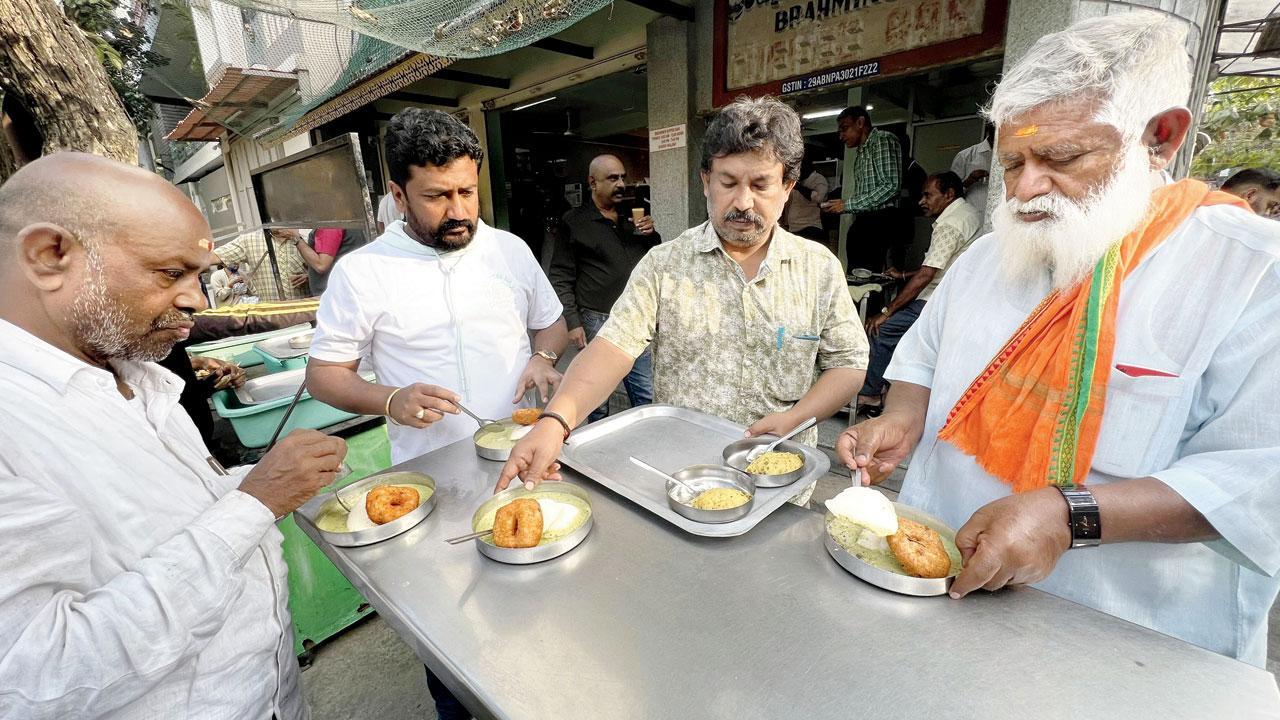 Brahmin’s Coffee Bar in Bengaluru offers only four items—idli, vada, khara bhath and kesari bhath—along with a choice of coffee, tea or milk

It’s easy to miss Brahmin’s Coffee Bar, because it has no signboard. To be accurate, its signboard is frayed and weatherworn; the only word visible after all these years is ‘Brahmin’. To make things worse, the signboard is tucked into a niche, visible only to those who’re anyway about to enter this triumphantly popular Bengaluru eatery.

Not a problem. Those who eat here know where to come and exactly what to expect. The menu, nailed to a wall behind the cashier, is the shortest in Bengaluru, very possibly India. It offers only four items—idli, vada, khara bhath and kesari bhath—along with a choice of coffee, tea or milk.

No dosas.
No upma.
No uttapam.
No pongal.
No seating. You stand and eat.

Oh, and no branches. There’s only one Brahmin’s Coffee Bar on the planet, and it’s stood in exactly the same corner of Bengaluru’s Malleswaram district since 1965, when it was founded by Nagesh Adiga. His grandnephew sits today below the framed photo of his ancestor. His uncle Radhakrishna runs the show now.

The Brahmin’s Coffee Bar got me thinking about menus, and then choices. How many items are ideal for a menu? Do longer menus empower customers or overpower them? How many choices do we really need to get on with life? Is there a golden number, or is more and more choices just better and better?

The average Udipi restaurant today will list over a dozen dosa variants. Tarla Dalal’s website has 120 promiscuous dosas, with one-night-stands like the Szechuan Chopsuey Dosa and the Dosa Lasagne. Starbucks has over 800 customisable beverage combinations.

Is such unlimited choice welcome or is more actually less?

The golden number, according to menu engineer Gregg Rapp, is seven. More than that, and customers will be confused. “And when they get confused they’ll typically default to an item they’ve had before,” he says.

About 60 per cent of a restaurant’s sales come from just three or four top sellers in each category, concludes Banger Smith after evaluating hundreds of menus.

Let’s fly beyond food to milk and marriage. You must decide first whether you even want bovine milk or vegan alternatives like almond, soy, hemp, oats and rice, among others. Go with cow milk, and you must choose between fat-free, lactose-free, full fat, skimmed, reduced fat, 2 per cent milk and some others.

You will stand there, catatonic, yearning for the tabelas of your childhood.

Take marriage. My parents did not choose each other. Their parents did the choosing after checking out perhaps four of five other potential matches. But today’s Tinders flood you with scrolling choices of gorgeous faces, replacing insight and depth with cosmetics, flawless, glowing Photoshopped images and useless summaries.

So—are we adrift in a sea of too much choice? Do we need a simpler world and fewer options? Perhaps a Brahmin’s dating app?

In 2000, Professor Sheena Iyengar of Columbia University conducted what is known now as the ‘jam study’. Her team placed 24 jams in a busy supermarket, offering free tasting. About 60 per cent of shoppers stopped to sample but a mere 3 per cent bought the jam.

When only six jams were displayed, though, fewer people stopped but sales shot up tenfold to 30 per cent. The experiment captured the attention of psychologist Barry Schwartz, and in 2004 he wrote The Paradox of Choice, about how limiting and stressful endless choice can be.

Do a search of Google and in milliseconds you’re flooded with an indiscriminate deluge of answers. Search for a recipe and spend the next hour sorting through variations. Search for a hotel and go stir-crazy trying to sort through thousands of contradictory customer reviews.

How unbounded choice affects you depends on whether you’re looking for a quick choice or the best choice. Maximisers, wanting only the very best, are doomed before they start because a perfect choice is impossible. They are cursed to wonder forever if more research might have led to an even better choice.

The paradox of choice came under fire when other studies showed the opposite: more options led to more sales and satisfaction. When you’re house-hunting or buying a car, for instance, you don’t want the Brahmin choice of just four options. Choice, it seems, is a zero-sum game—it helps as much as it hinders roughly half the time. Science also shows that when it comes to products, people hate being offered just one option, are relieved with two and happiest with three.

If we’re talking dosas, a sada dosa, a masala dosa and a ghee masala dosa might be all the menu needs.

The idlis emerged steaming hot and soft as wishes, bathed in chutney. I also sampled the vada, laced with flavours of ginger and pepper, perfected over five decades.

“Why don’t you add dosas to the menu?” I asked the grandnephew.

“Nobody asks for dosas,” he says, scratching his stubble and counting more cash. “People are happy with our four items. See the crowd.”

He looks up like someone about to commit a sin and whispers, “We don’t even serve sambar—and nobody cares.”

You can reach C Y Gopinath at cygopi@gmail.com
Send your feedback to mailbag@mid-day.com
The views expressed in this column are the individual’s and don’t represent those of the paper.

Next Story : There’s no place for violence in hospitals