When horses first came to India 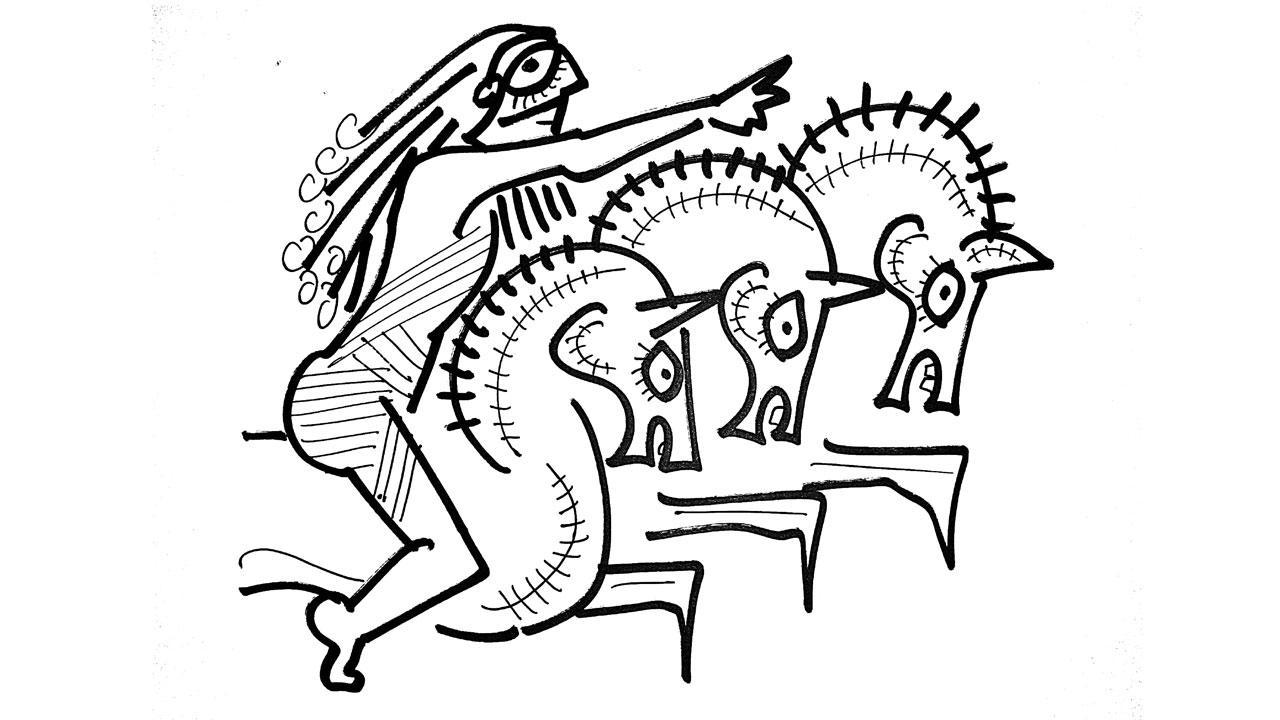 The horse is not native to the Indian subcontinent. It has been the most prized import from the northwestern regions, from Arabia, Central Asia and from Eurasia. This is why the kings who live in the Northwest part of India, in Gandhara and Madra were referred to as Ashwapati, in the Ramayana and Mahabharata. By contrast, the kings of India were called Gajapati because they were known for exporting elephants. So, India exported elephants and imported horses.

Genetic studies have revealed that the horse was domesticated around 4,000 years ago. Until now, it was difficult to prove when the horse was actually domesticated. Studies have shown that horses were domesticated in 2,000 BCE, on the northern shores of the Black Sea, in the Eurasian steppes. Five hundred years later, around 1,500 BCE, this horse made its way across Central Asia to the northern plains of India by a group of people who called themselves Aryas. We know this because they composed the text we now know as the Rig Veda.

It is in the Rig Veda, for the first time, we find an extensive description of horses, horseback riding and chariots, which was never mentioned before. At the same time, when the Rig Veda was being composed, we find tablets, in what is now Syria, which refer to horses, horse domestication and chariot riding. It is around the same time that the first evidence of horse drawn chariots being used in battles, in the near East and in Egypt, is recorded.

Genetic studies prove the arrival of the Aryas into India around 1,500 BCE, after domestication of horses around Black Sea, five centuries earlier. The Steppe pastoralists came in small groups and in waves over centuries from maybe 1,700 BCE to 1,000 BCE. There was much inter-fighting between them. They also fought the local communities. The immigrants were mostly men and so, had to marry local women. The Rig Veda was a creation of children of Aryan men who married local women with memories of old Harappan cities.

Archaeological evidence showed that the Harappan civilisation existed around 4,500 years ago. The Harappan cities lasted for 600 years. They did not know the horse or the spoked wheel. We don’t know what language they spoke. There was no invasion of these cities, as was once believed. Centuries after they collapsed, a language called Sanskrit evolved in the Gangetic plains 3,500 years ago. This language was based on an earlier language identified by linguists as proto-Indo European. There is a difference between proto-Indo European found in Central Asia and Sanskrit found in India. In Sanskrit, there are retroflex sounds which are peculiar only to South Asia. This indicated that the language evolved as a collaborative effort between the new migrant men and the local women they married.

All this scientific research makes no difference to the people who insist there is a global conspiracy of scientists against Hindus. They firmly believe Indians had horse-drawn chariots in 10,000 BCE, during the Ice Age.

Next Story : It’s beginning to look a lot like Christmas