Home > News > Opinion News > Article > Whose bebinca is it anyway

Whose bebinca is it anyway? 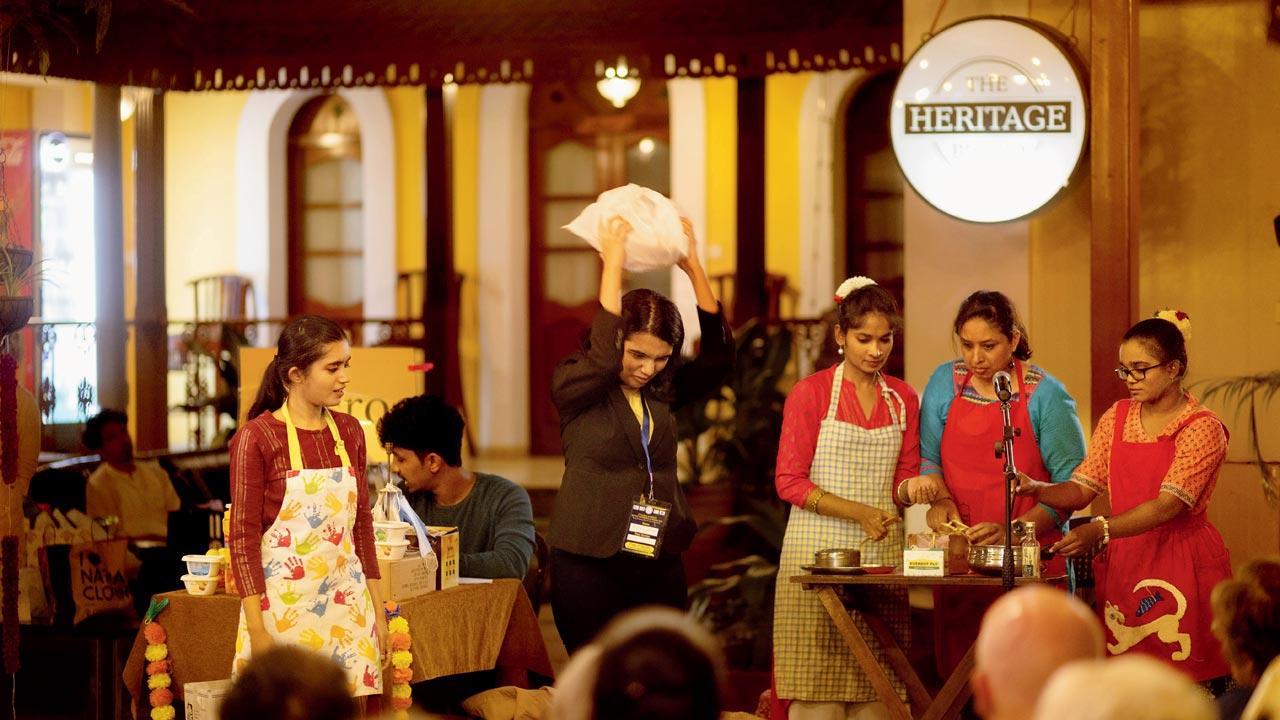 The cast of It’s a Bebinca, Stupid! comprise college students, as well as educators and counsellors, who’ve been associated with The Mustard Seed Art Company for long

Isabel Santa Rita Vas’s new play—It’s A Bebinca, Stupid!—ends with a theme song paying homage to the sweet binding power of the Goan delicacy. Goans are proud of the baked delight—high on sugar, egg yolks and coconut milk. As I watched one of the rehearsals of Vas’s play at her Dona Paula residence, I met a cluster of Goans of varying age groups, brought under the roof by the 71-year-old playwright-academic, who voted unanimously for bebinca’s choice as Goa’s trademark confection.

I admired the consensus, but also wondered if puran poli could be voted as neighbouring Maharashtra’s popular sweet. It is prepared in varying ways across the state (not to forget the version in Gujarat), unlike modaks, which have a Konkan origin; Lord Ganpati gets the credit for popularising modaks in Vidarbha and Marathwada in recent decades.

Neither puran poli nor modaks have ever played a titular role in a Marathi play. In that context, bebinca seems luckier to be featured in an English play, which opened at the Goa University early November. It was also performed at the Goa Heritage Festival. Needless to say, the approaching Christmas festivities offer a suitable season for a play based on bebinca’s pop culture relevance. 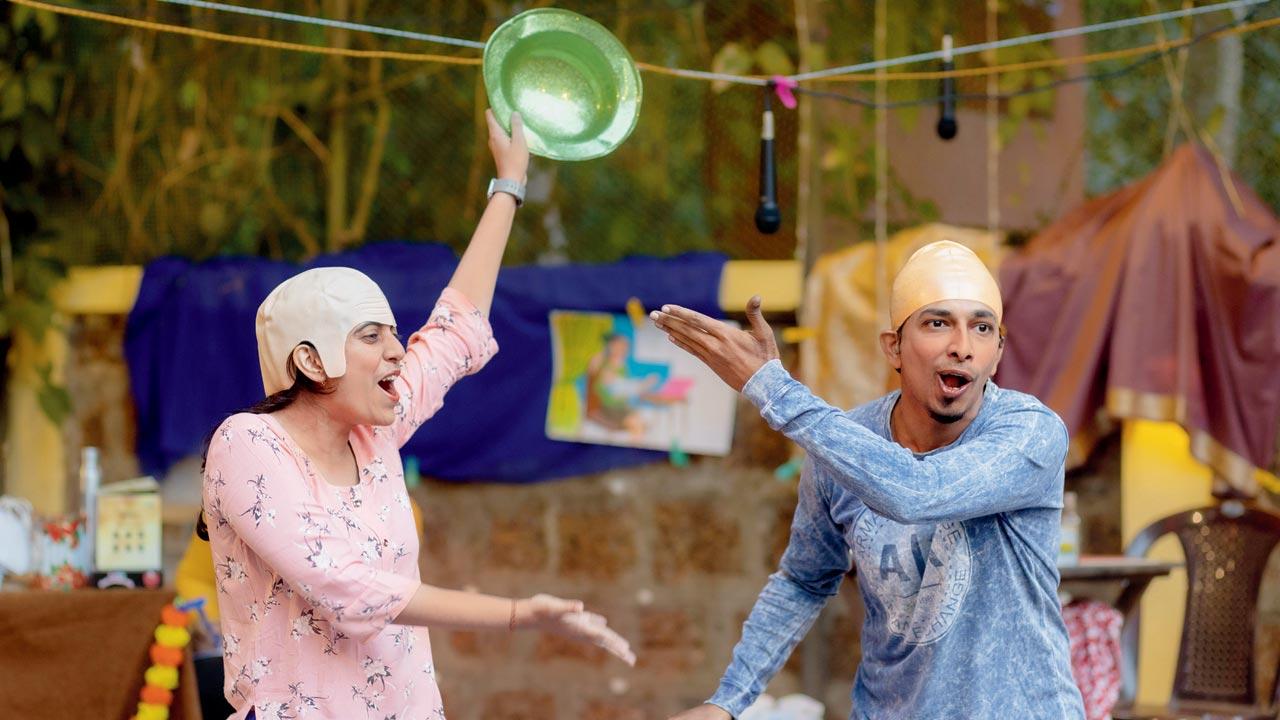 Vas, however, adds in jest: Bebinca’s popularity is not directly proportionate with the number of shows of her play. “For repertories like ours, theatre is a way to come together and rejoice in the magic of live action.  We believe that theatre can be kept alive in precious moments of rehearsals, readings, and post-performance dos with ample banter,” says Vas, who has used bebinca as a “metaphor for people’s lives and choices in a post-pandemic world... it symbolises the time to sweeten. Long months of isolation and fear have provided an opportunity to ‘cook up’ constructive attitudes to life—bebinca is that reminder and more.”

Vas and Kiran Bhandari are co-directors of the over one-hour-long play run by a cast of eleven actors. While Vas is a retired lecturer and current guest faculty at the university, Bhandari teaches geography in a high school at Sancoale, Goa.

It’s A Bebinca, Stupid! is The Mustard Seed Art Company’s 70th production. The group, which turns 35 this year, just released two new books—Stage Lights: Amazing Lives, Singular Times includes plays on an amazing range such as the Chinese Cultural Revolution to Goa Referendum to Staging a Pandemic. The second volume— A Time to Act: Plays for the Young and Young at Heart, An Overview of The Mustard Seed Art Company—includes a detective play around a Goan baker and is set in an old age home.  There has never been a dull moment for Mustard Seed, not even during the pandemic. They made a video play called Out of This Window. Seventeen actors, spread out (rather locked) in different parts of the world and governed by COVID-19 protocols and quarantine rules, filmed “life in their windows and horizons” The play was uploaded on YouTube, as “a theatre group’s slap on the face of the pandemic”. 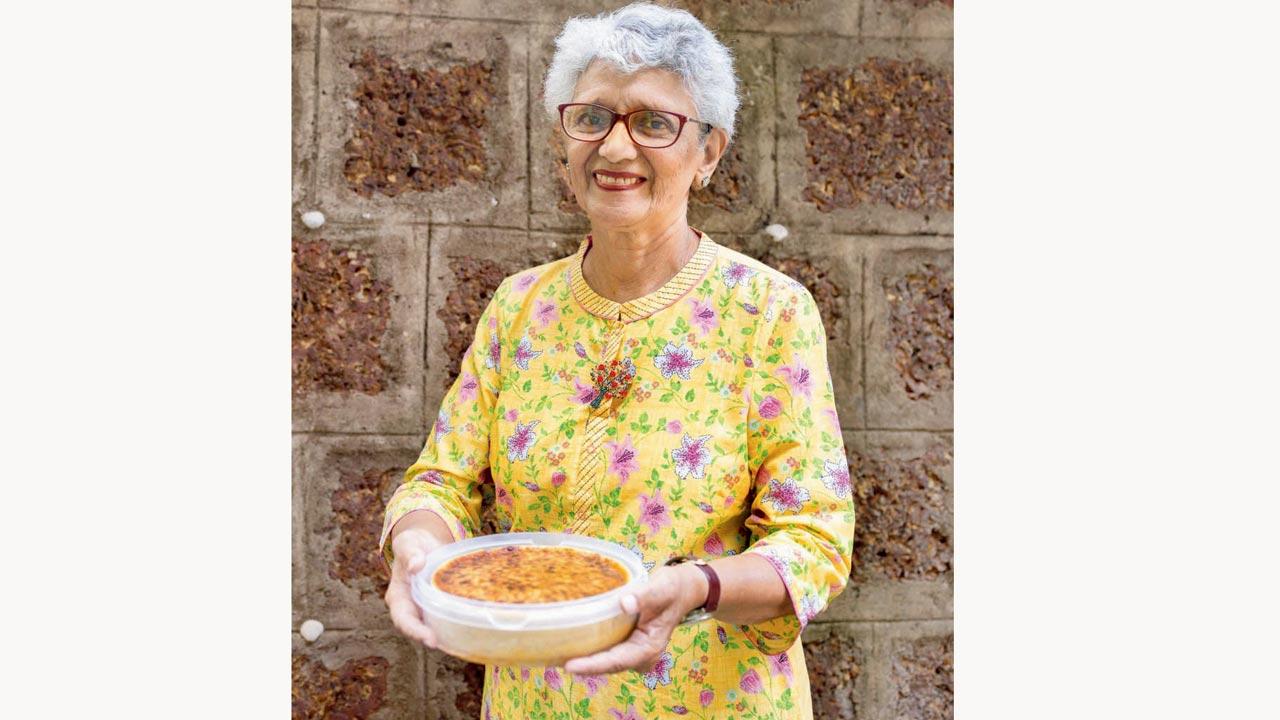 Isabel Santa Rita Vas, 71, who has co-directed the play with Kiran Bhandari, makes a case for bebinca’s popular acceptance

Vas and Bhandari’s play is yet to be showcased in book form.  The majority of the cast are college students, some are educators and counsellors, associated with Mustard Seed since long.  The music for the theme song is composed by Rui M C Lobo, an IIT engineer turned music school founder in Panaji. It is sung by Dionisia Juliao, a trained vocalist who works in the Public Works Department of the Government of Goa.  The choreography is taken care of by Celsa Furtado Fernandes,  Marisse Bhobe, and co-director Bhandari.

The play’s crew is a melting pot of Goan talents, much like bebinca’s blend of Portuguese cuisine and local ingredients. “Come rain, sunshine, chikungunya or COVID, theatre does not stop,” says Bhandari. “Our play sweetly reminds theatre-goers, in and out of Goa, that we are back. The play’s characters, whether footballers or bakers, underline hope in the post-COVID scenario. No one is sobbing about the time lost in the pandemic. On the contrary, there is an upbeat mood about new doors opening in adverse times.”

While the play presents a case for bebinca’s popular acceptance, it doesn’t shy away from acknowledging several theories associated with the delicacy’s origins. The play does not dwell on ownership issues; performers are happy to embrace all influences in bebinca—Portuguese, French, Malaysian, Anglo-Indian and Marathi/Konkani. The character Soraya refers to Sister Bebiana (“may be from Europe”), a nun from the Convento Da Santa Monica, and her sisters from Goa “who worked around local coconuts,  cashew nuts, nutmeg and of course, our local hens’ eggs”.  The ingredients made bebinca Goan, period! It gracefully puts a lid over the debate on the place of origin—Portugal, Malaysia or Philippines.  The to-and-fro journeys of popular recipes only proves the porous boundaries of our world.

Vas’s plays are not just rooted in local culture, but also history; she relies on Goa’s food historians like Fatima Da Silva Gracias to chart bebinca’s trajectory.  Gracias is the author of two books on Cozinha de Goa; the first dwells on history and tradition of Goan food, the second is a glossary of food. The latter unravels the multi-layered bebinca. Gracias spells out various possibilities of fusion, which led to the current-day layered delight.  For instance, recent writing suggests that Goan bebinca might have gone from Goa to Malaysia (bingka—cake). Sri Lanka has another simpler non-layered version called bibikkan. The Goan culinary glory also travelled to Portuguese Africa and British East Africa, home to many Goans. Gracias has sampled super-authentic bebincas in Lisbon and London, served by Goan caterers settled overseas!

As I asked Gracias to share her take on bebinca’s charm,  she felt the delicacy was a “demanding” affair. “Imagine over 30 egg yolks beaten up for a one kilo item.  I wonder if the younger generation of Goans have the time and bandwidth required for this prep.”  Her book mentions the homemade heavenly bebincas made in Goa by friends and relatives. This columnist spoke to one famed bebinca maker Zinia da Silva, who is averse to the use of preservatives.  She says layer-by-layer baking is key to achieving correct consistency. “There are no shortcuts—some use burnt sugar to fake the brown bake—which is why it is a challenge and a joy too,” adds da Silva.

Bebinca is also perceived by many as a symbol of Goa’s individuality, its sense of calm.  Jnanpith award-winning author Damodar Mauzo, who loves to treat his guests to it, says the “making of bebinca demolishes the notion of the lazy Goans”.

He says Goans upturn the susegaad label with the help of bebinca, by “taking things in their stride without haste”. It also endorses Goan innovation and adaptability. Now there’s a play to underline the credentials.

Sumedha Raikar-Mhatre is a culture columnist in search of the sub-text. You can reach her at  sumedha.raikar@mid-day.com