‘Afghan govt will be inclusive, not selective’

Taliban spokesperson in Doha, Suhai Shaheen says they have included ethnic minorities in their caretaker government and will soon add women 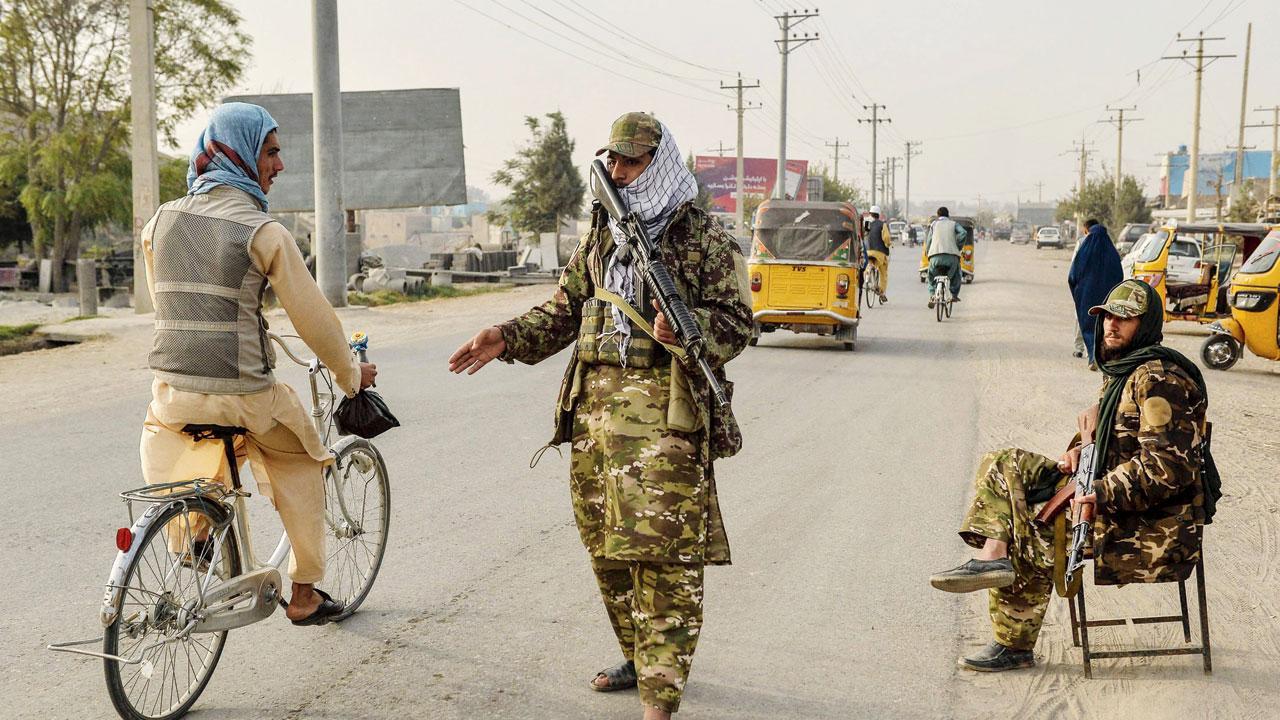 Taliban fighters check commuters along a road in Kunduz. Pic/AFP

The Taliban’s interim cabinet is not only criticised by the international community but also by the people in Afghanistan as it does not include women and non-Taliban figures. Shaheen added that the west must respect the wishes of the Afghan people. The remarks come as the Taliban delegation led by the acting foreign minister Amir Khan Motaqi met with a US delegation in Doha and will continue talking on Sunday. They are discussing ways to evacuate Afghans among other political issues.

Meanwhile, the United Nations Security Council strongly condemned the “atrocious” ISIS terror attack on a mosque in Afghanistan and other recent attacks against religious institutions in the war-torn country, references that India categorically insisted on in a statement issued by the powerful UN body and rejected any attempts to dilute them. The 15-nation UNSC issued the press statement on Saturday in which the members “condemned in the strongest terms the atrocious and cowardly terrorist attack in Kunduz, Afghanistan” on October 8. “The attack, which was claimed by Islamic State in Khorasan Province, an entity affiliated with Islamic State in Iraq and the Levant, resulted in more than 150 casualties killed and wounded,” the press statement said.

For the first time since the Taliban took over the control of Afghanistan, girl students returned to schools in the provinces of Kunduz, Balkh and Sar-e-Pul, said a media report. The head of Balkh’s provincial department of education, Jalil Sayed Khili, said that all girl schools have opened, TOLO News reported. “We have segregated the girl students from the boys,” he was quoted as saying.

Thousands of Afghans have received humanitarian aid within a week from September 27 to October 3, a UN agency has announced. In the northeastern region, over 173,000 vulnerable people received food assistance in Baghlan, Badakhshan and Kunduz provinces, the Office for the Coordination of Humanitarian Affairs in Afghanistan said in a report. “All health facilities are open in Kunduz, Baghlan provinces,” Xinhua news agency quoted the report as saying.