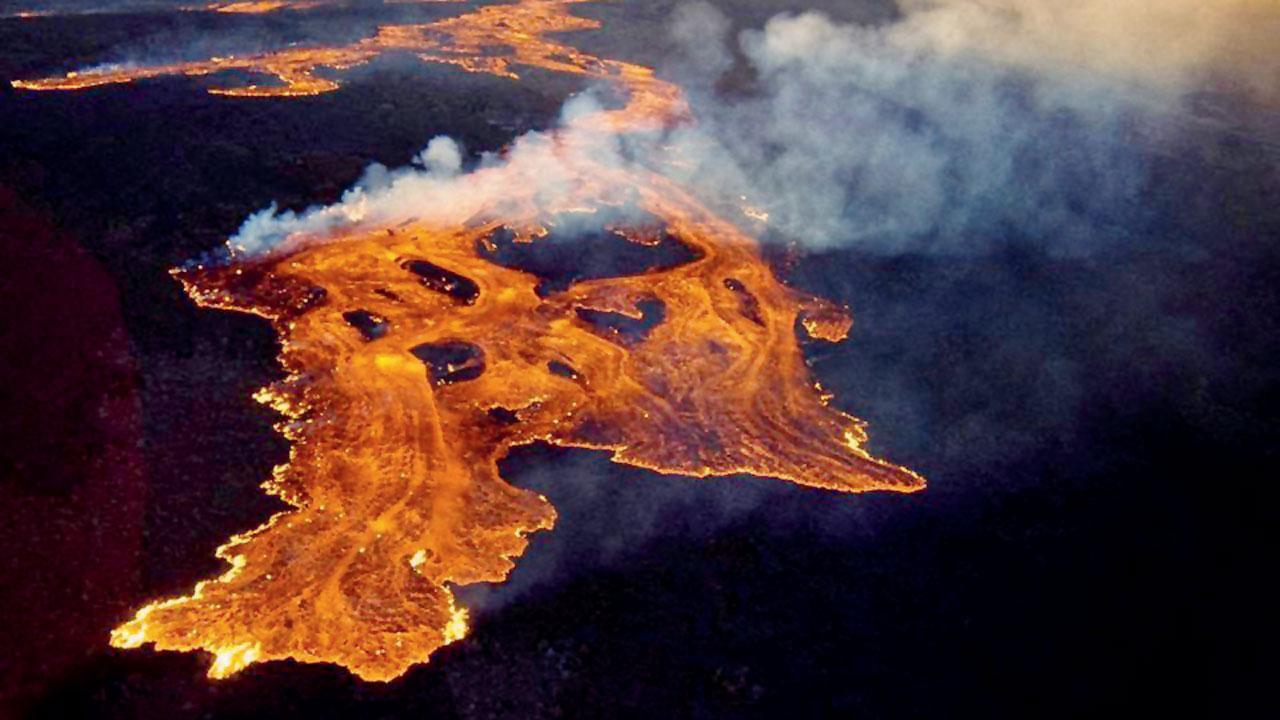 The lava in the summit caldera of Mauna Loa in Hawaii. Pic/AFP


Waves of orange, glowing lava and smoky ash belched and sputtered Monday from the world’s largest active volcano in its first eruption in 38 years, and officials told people living on Hawaii’s Big Island to be ready in the event of a worst-case scenario.

The eruption of Mauna Loa wasn’t immediately endangering towns, but the U.S. Geological Survey warned the roughly 2,00,000 people on the Big Island that an eruption “can be very dynamic, and the location and advance of lava flows can change rapidly”.

Officials told residents to be ready to evacuate if lava flows start heading toward populated areas. Scientists had been on alert because of a recent spike in earthquakes at the summit of the volcano, which last erupted in 1984.

The areas where lava was emerging are far from homes and communities. But officials urged the public to stay away from them. The lava is shooting 100 to 200 feet (30 to 60 meters) into the air out of three separate fissures estimated to be 1 to 2 miles (1.6 to 3.2 kilometers) long.

1984
When the volcano last erupted