Embattled Sri Lankan President Gotabaya Rajapaksa had declared a state of emergency with effect from May 6 midnight, the second time in just over a month amidst growing countrywide anti-government protests over the economic crisis 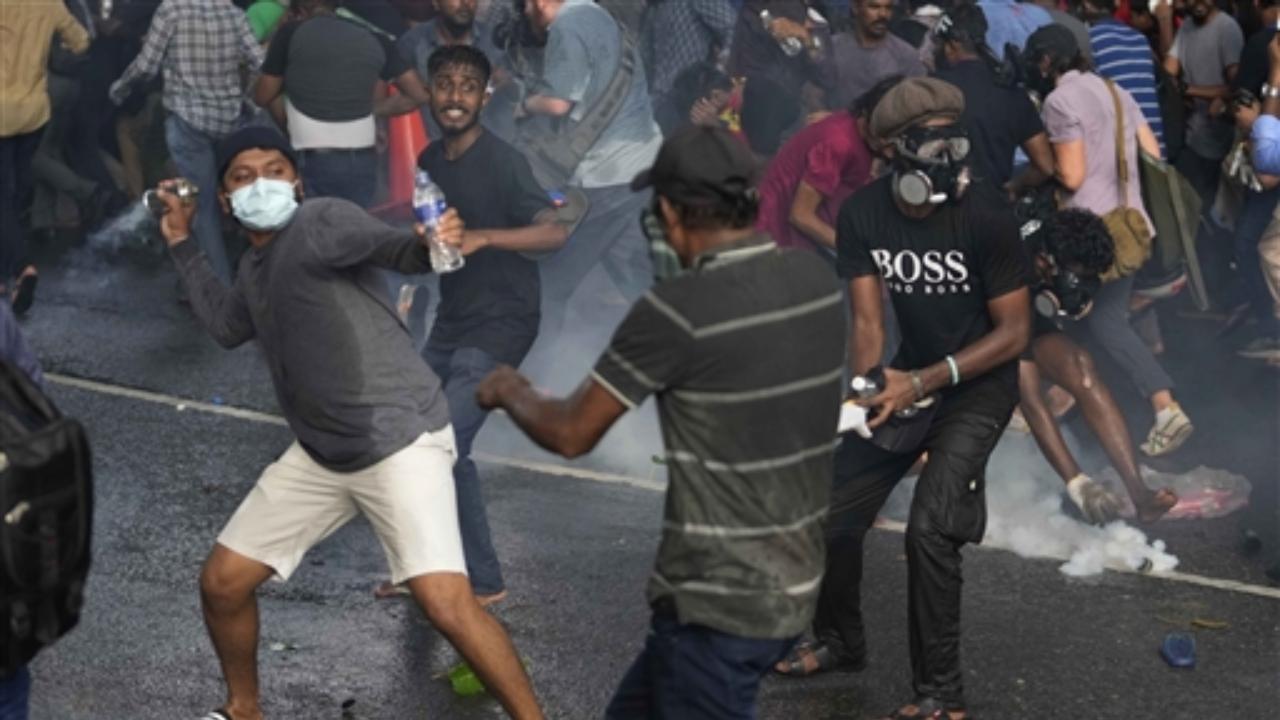 Members of the Inter University Students Federation throw fired tear gas canisters back to police during an anti government protest in Colombo on May 19. Pic/PTI


The state of emergency in Sri Lanka has been lifted with effect from Saturday after the government decided not to present the Emergency Regulations in Parliament for approval with the improvement of the law and order situation in the island nation, nearly two weeks after it was imposed following unprecedented anti-government protests.

Embattled Sri Lankan President Gotabaya Rajapaksa had declared a state of emergency with effect from May 6 midnight, the second time in just over a month amidst growing countrywide anti-government protests over the economic crisis.

The Presidential Secretariat stated that the state of emergency has been lifted with effect from Friday midnight, Hiru News reported.

However, the government decided not present the Emergency Regulations in Parliament, following which the emergency ceased to function with effect from May 20 midnight, local news website newswire.lk reported.

The move was taken with the improvement of the law and order situation in the island nation.

The state of emergency gave the police and the security forces sweeping power to arbitrarily arrest and detain people.

The president's decision to declare the emergency had come amidst weeks of protests demanding his resignation and the government, blaming the powerful Rajapaksa clan for mishandling the island nation's economy, already hit by the pandemic.

At least 10 people were killed and over 200 injured in clashes between pro- and anti-government protesters.

Sri Lanka is facing its worst economic crisis since gaining independence from Britain in 1948. The crisis is caused in part by a lack of foreign currency, which has meant that the country cannot afford to pay for imports of staple foods and fuel, leading to acute shortages and very high prices.

An inflation rate spiralling towards 40 per cent, shortages of food, fuel and medicines and rolling power blackouts have led to nationwide protests and a plunging currency, with the government short of the foreign currency reserves it needed to pay for imports.

On April 12, Fitch had downgraded Sri Lanka to 'C'.