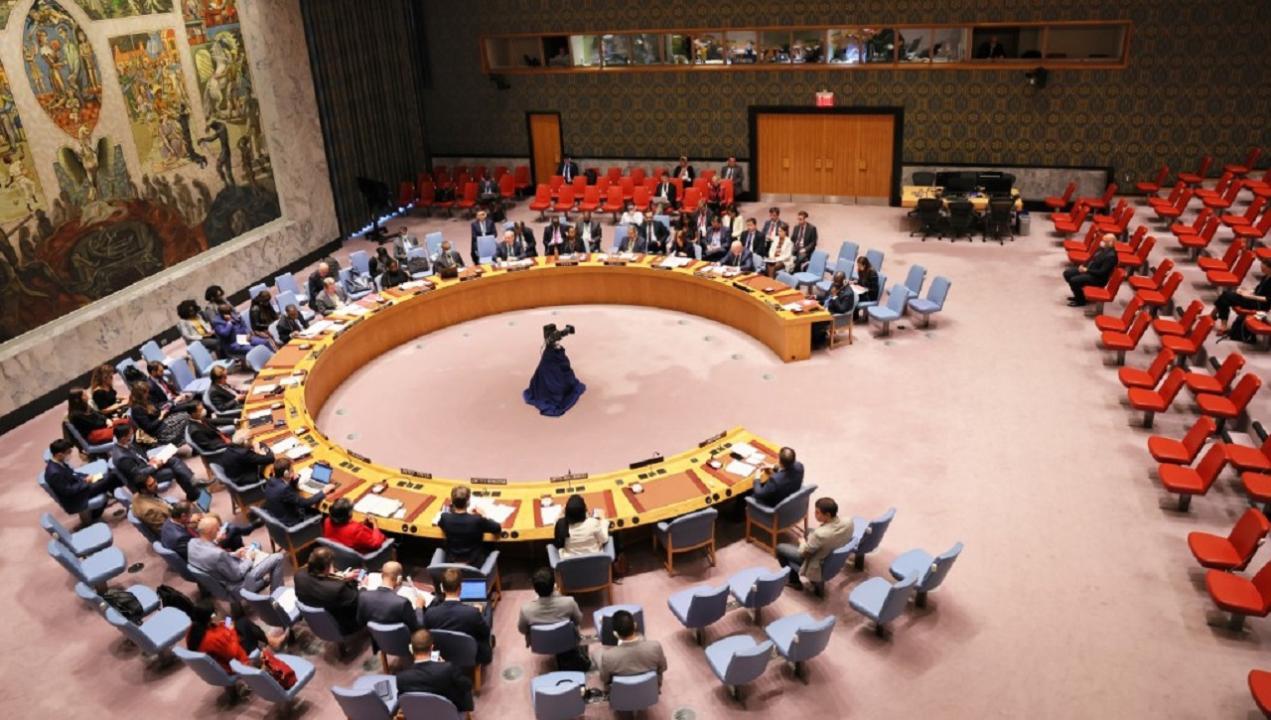 
India is speaking to both sides in the Russia-Ukraine conflict, the country's Permanent Representative at the UN Ambassador Ruchira Kamboj has said, asserting that New Delhi's position has not been "passive" on the war.

The President of the Security Council for December said India has taken the side of peace and favours de-escalation through diplomacy and dialogue.

India on Thursday assumed the Presidency of the 15-nation UN Security Council for the month of December, during which it will host signature events on countering terrorism and reformed multilateralism.

The Presidency will bring the curtains down on India's two-year tenure as an elected non-permanent member of the powerful UN organ.

Responding to a question at a press briefing here on Thursday, Kamboj asserted that New Delhi shares an important relationship with Moscow.

"India is too big a country. It stands tall and proud on its own. In the course of the conflict in Ukraine, we have been very clear and consistent right from the outset. We have spoken in one voice that we are for peace. Peace is also a side and we favor diplomacy and dialogue," Kamboj said.

Kamboj was responding to remarks by Russian Foreign Minister Sergey Lavrov that NATO was trying to drag India into what he called an anti-Russian and anti-Chinese alliance and on India's relations with Russia and the West during the Ukraine war.

She said that Prime Minister Narendra Modi and External Affairs Minister S Jaishankar are "speaking to both sides".

"We are among the few countries, dare I say, which are speaking to both sides,¿ she said, adding that Modi's comment that ¿this is not an era of war" has received global acceptance and even found its way into the G20 declaration that was recently adopted in Bali.

India has been very mindful of the humanitarian situation and has shipped 12 medical consignments to Ukraine and given financial assistance to build educational institutions, she said.

On India's approach as the UNSC President towards dealing with the issue of Ukraine, she said: ¿we will continue to engage with all parties".

Responding to a question on if enough is being done to bring Ukrainians and Russians to the negotiating table, Kamboj said, "definitely there is an attempt and everything is not played out in the public domain as you can understand."

Kamboj did not answer the question on Ukrainian President Volodymyr Zelenskyy's remarks at the high-level UNGA session on some member states taking a neutral stance, saying it is not for her to comment on that statement.

India has also condemned the targeting of civilians and civilian infrastructure in the course of the conflict, no matter who commits this. New Delhi has stated very clearly that this conflict has had an immense impact and suffering on countries of the global South.

¿And there, we've not been idle either. We have extended a helping hand despite constraints in our own country, helping Ukraine, Afghanistan, Myanmar, Sudan, Yemen and Sri Lanka," she said.

Kamboj stressed that India has been very conscious of the fact that the conflict has had a very severe impact on the global South.

"There has, in fact, been collateral damage there and we have stated this, unhesitatingly so, in all our statements," she said.

India has been ready to help its friends and partners in need and going forward, it will continue to do so, she asserted.

Kamboj said Ukraine is very much a focused matter in the Security Council and the UN body could meet during the month on the issue.

Noting that while a meeting or briefing on Ukraine is not yet listed in the Council's schedule for the month, Kamboj said "rest assured the Security Council is very seized" of the matter and one should not be too surprised if it finds its way into the schedule.

She said the Council is actively following developments in both Ukraine and Haiti. Referring to Prime Minister Modi's remarks in the context of India's G20 presidency, she said India will work towards unity.

"When we say that the world is one, we mean that humankind is one and we are here to help each other. It is in that spirit that India has been extending humanitarian assistance, and is very effective as a first responder."